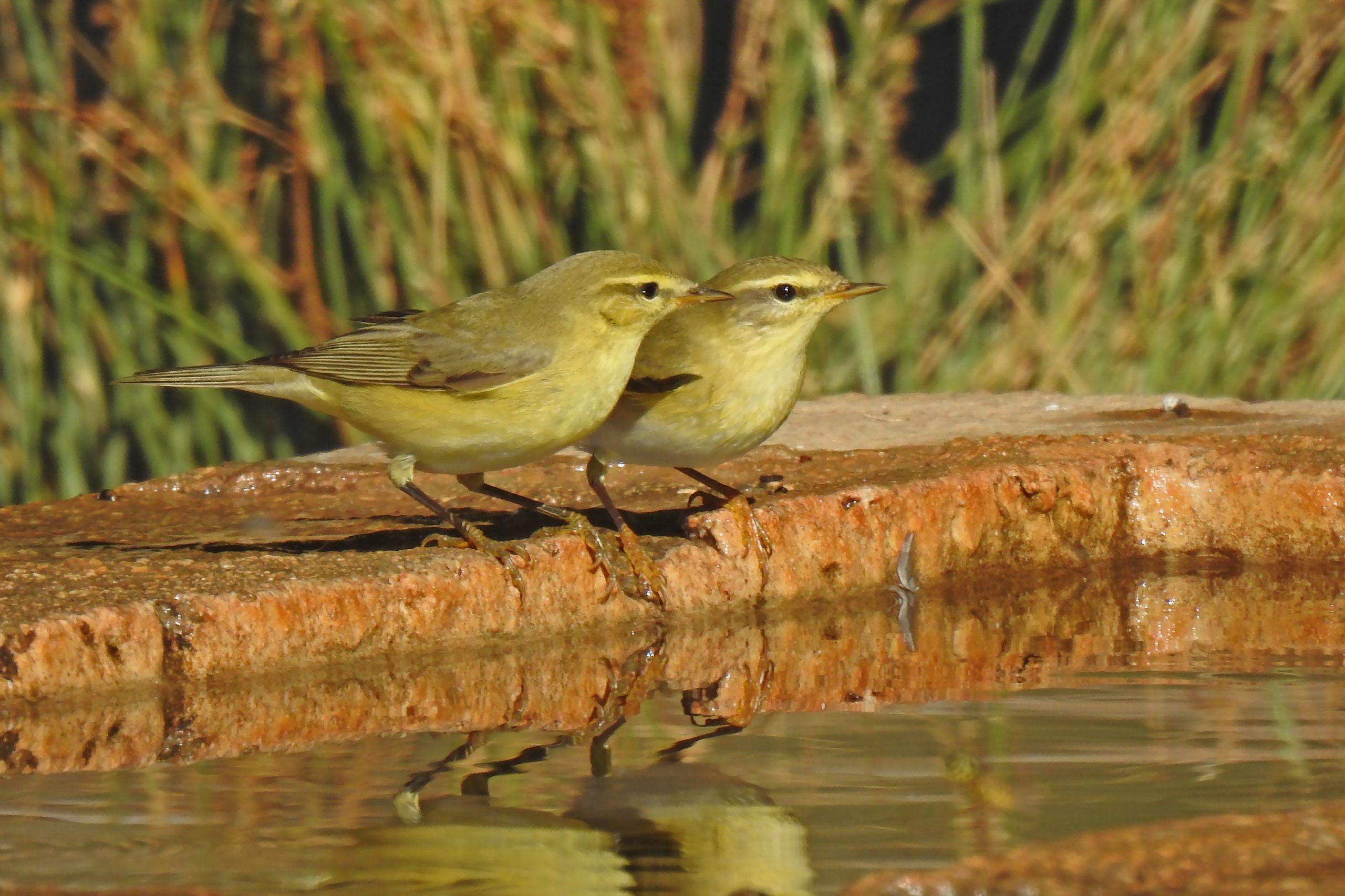 August passed and was much of a continuum of the blazing heat of June and July, observing nature under the canopy of a vivid blue Andalusian sky with an understory of golden yellows and browns crisp underfoot bereft of water. In stark contrast to a parched landscape, the emerald greens of our pine forests glistened in a summer’s sun and only the incessant shrill of cicadas and blistering heat reminded me it was high summer, whilst the sombre greens of our evergreen oaks gave some small measure of cheer to this dry landscape. I can’t recall, in all my 20 years of living here, such a prolonged period of very high temperatures and the difficulty it created in allowing forays to my out of the way places to enjoy our wonderful local fauna and flora. The early mornings, well some of them, provided respite from oppressive temperatures and made excursions into the wilds bearable and extremely worthwhile. 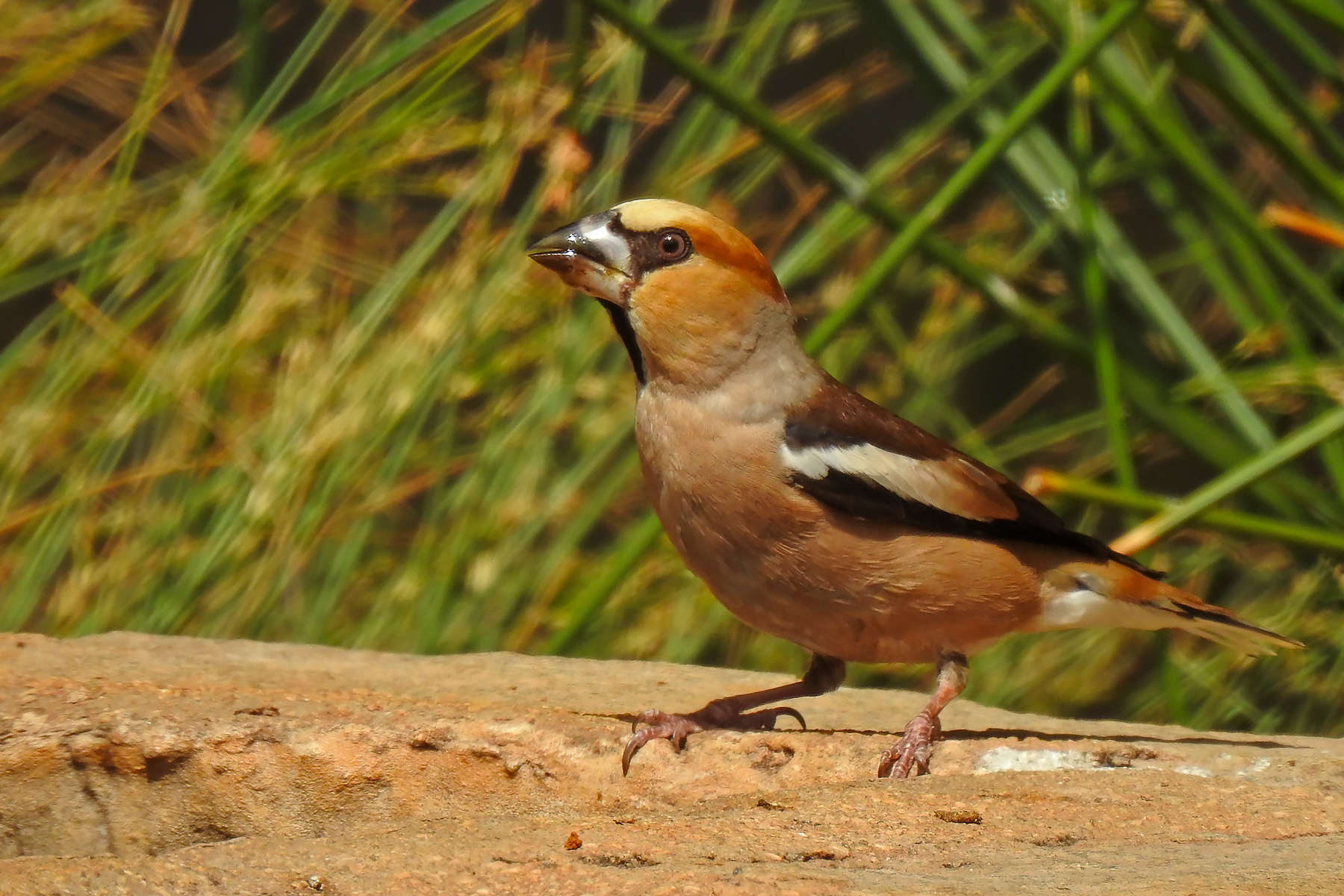 The long and hot summer days saw the household develop a strategy and routine to avoid the worst of the daytime sizzling temperatures by getting up early to enjoy a cuppa on the terrace accompanied by a cold cereal breakfast whilst all the while enjoying my local birds visit the garden and in particular the small garden pond for a drink and bathe. We have a couple of dogs, both abandoned as puppies, and these early mornings also meant we could go for a comfortable stroll along our country lane before the heat of the day saw us all seek the refuge of an indoor life within the confines of our old, thick-walled cottage. These early mornings also meant I could change the routine a little by the occasional journey to a few local wildlife havens and enjoy some relaxing time absorbed in nature, such an important contribution to mental wellbeing as so much else became impossible in those blistering temperatures. 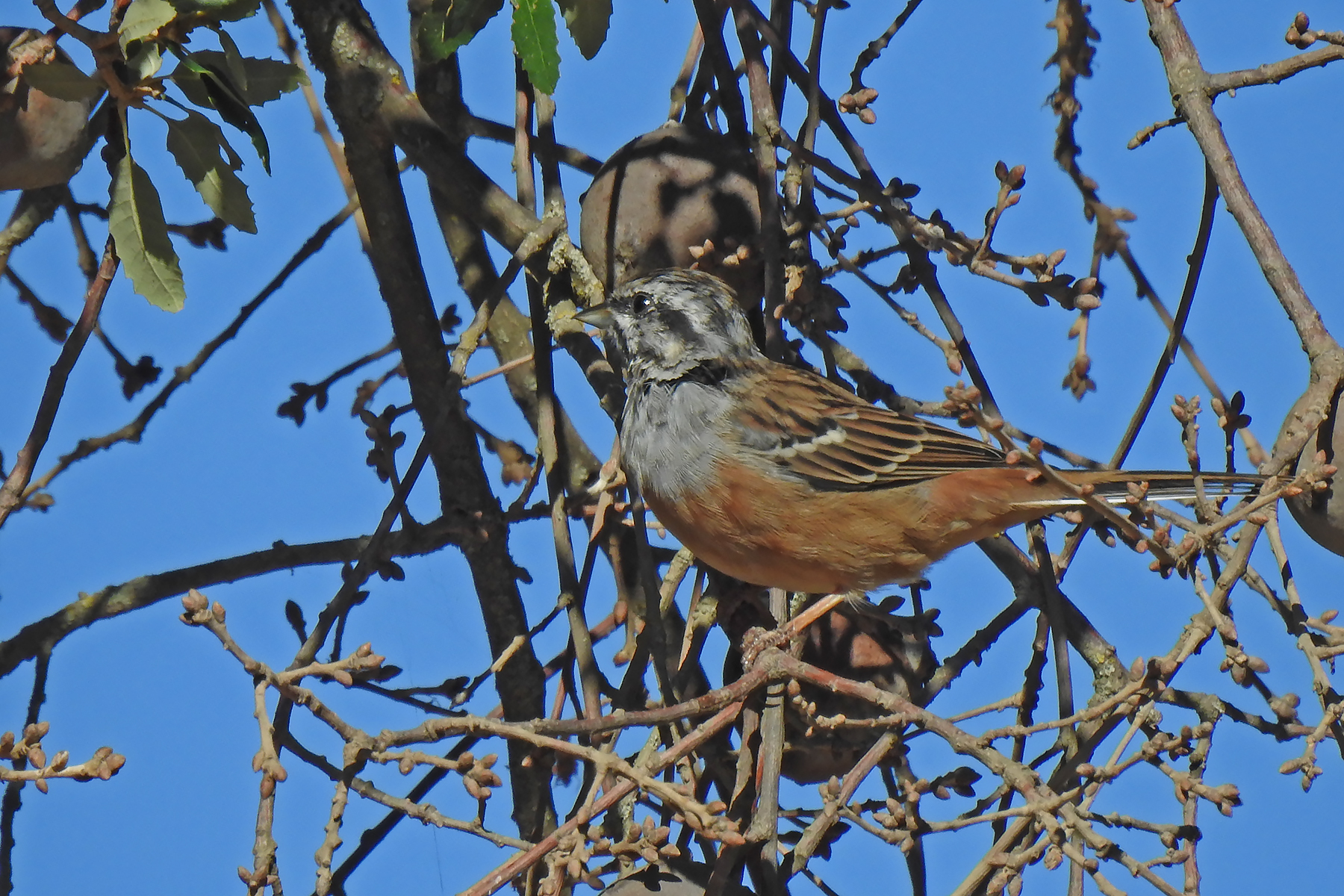 Of all the mornings I spent in the countryside during August seeking the jewels of our regional wildlife, one such morning stands out as a very special day, most likely as much to do with the temperature as observing some wonderful moments with my mountain’s birdlife. It was a day when some cloud came to the Costa del Sol and storms invaded Gibraltar and the Straits, the ragged remains of these storms drifted over the high mountains of the Sierra de las Nieves cloaking the higher peaks in an eerie mist and a cool westerly wind helped conspire to produce a morning high temperature of a blissful 21˚C or 70˚F in old money. Nature’s air conditioner had at last turned on allowing me to bask in an unfamiliar coolness and provided a respite from the heat of our summer. 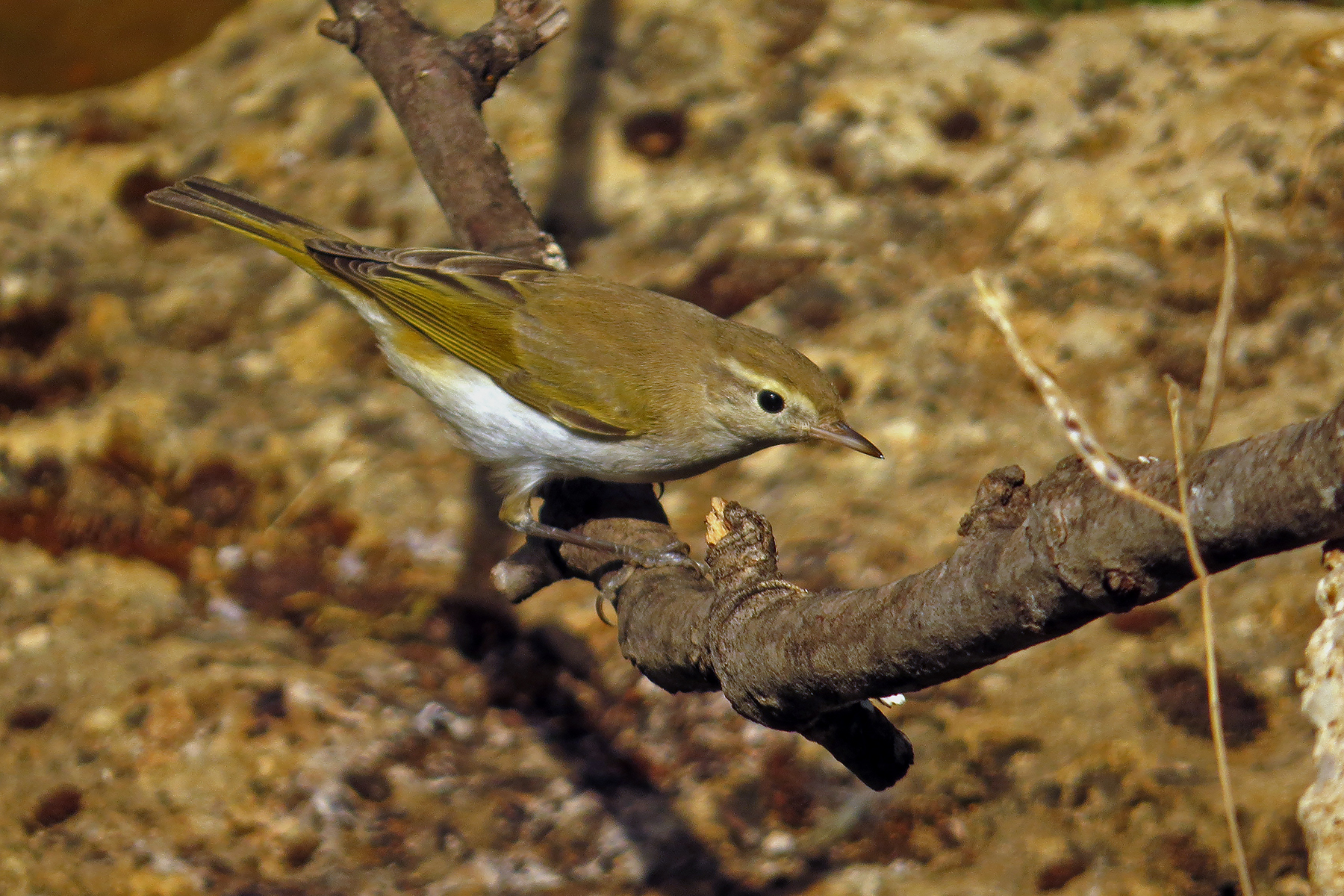 My day began with trepidation for a somewhat tortuous journey to reach the National Park of Sierra de las Nieves via the San Pedro Road from Ronda, a road notorious for providing motorcyclists with the thrills of an adopted racetrack and young motorists the opportunity to practise manoeuvres best reserved for a circuit designed for competitions in Formula 1. However, it appeared the lunatic fringe were not early risers, and I had a relaxed and relatively uneventful drive to the entrance road for the park. The entrance road, a section paved for a short distance before becoming a trimmed track, is bordered by a fairly open area with some scrub and a picnic area with parking which is always a good place to start with early birding. The scrub nearest to the parking area is good for finding the elusive and skulking Spectacled Warbler whilst the open area and woodland fringes nearly always gives rewards for such typical birds as Woodlark and the resident near endemic Iberian Grey Shrike, a real wolf dressed in sheep’s clothing. The shrike made its presence obvious as it perched high on a withered Hawthorn and made dashing sorties in attempts to catch one of the many Bonelli’s Warblers that were flitting around in nearby scrub, a large number of these small warblers were flocking together as part of their preparations for making their way south and towards a winter of promise in Africa. Luckily the warblers evaded capture and the shrike was consigned to a sulking and dejected posture on the high perch of the hawthorn tree.

And so onwards and upwards following a winding dust coated track and a diversion to follow a dry riverbed enclosed by mixed oak woodland which eventually and spectacularly opens to an area of steep rock on either side the track and then further on, an open area of scrub and some cultivated enclosures. The open area is one of my favourite places to spend time searching for birds, here you can find the 3 species of western European wheatears and with luck both Blue and Common Rock Thrush, a few years back it was also good place to find Tawny Pipit breeding before a misguided tree planting scheme put pay to what had been ideal habitat and these plantings are also likely to herald the end of Northern Wheatear breeding at this site. From here I drove through lush Pine with a dense understorey of plantlife, a real contrast to the impoverished drought-stricken vegetation seen earlier alongside the track and soon the previously dry riverbed was now flowing with water, the gentle sound of cascading water was now accompanied by the sounds of many birds attracted by the scarcity of water. Crested Tit called as they kept in contact with each other, an Iberian Green Woodpecker pierced the peaceful chatter with its harsh yaffling calls and the sounds of Crossbills reached down from the pine forest canopy, a magical place. 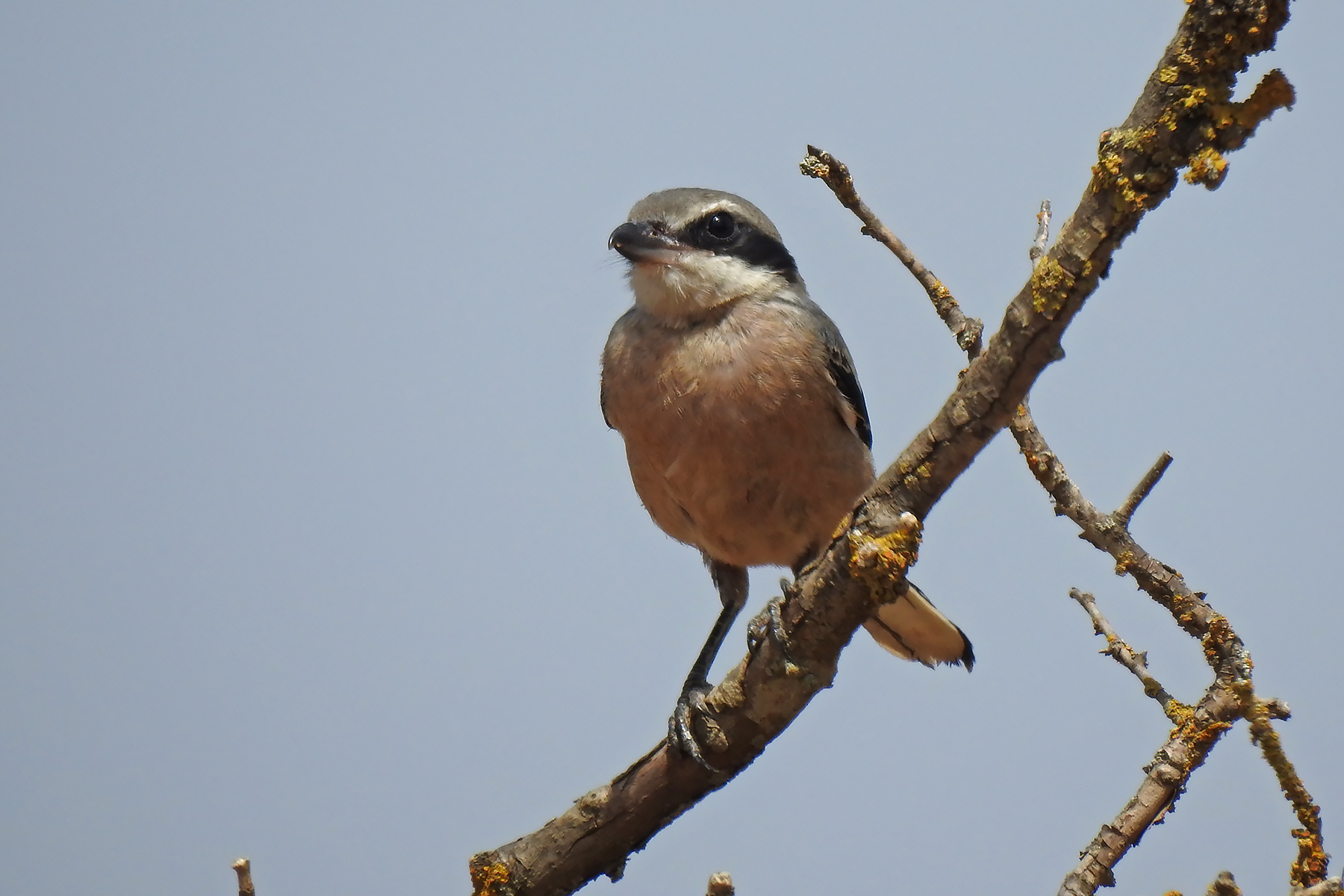 Further along the track I emerged from the pine forest and parked. The wind was blowing and low cloud flew rapidly across an impressive landscape the far reaching views afforded glimpses of the Costa del Sol and the Mediterranean, a soaring Sparrowhawk took my eye and further into the clouds I could see a kettle of Griffon Vultures wheeling around an updraft and among them were some smaller raptors, clouds making identification difficult until they descended beneath the thin covering to reveal a Booted and Short-toed Eagle and a further scan produced an immature Golden Eagle. A few minutes later and feeling decidedly chilly in my T-shirt and shorts, a loud call caused me to turn around and there, very close, was an adult pair of Golden Eagles, just an amazing scene. A super day and time to head homewards, but just before leaving the park I stopped by an old drover’s trough to see if birds were coming to drink. The trough, still used to this day by local shepherds, produced the perfect end to a perfect day with so many birds visiting this scarce water supply. Common Redstarts, Reed Warbler, Cirl Bunting and the magnificent Hawfinch were the stars of this birding day’s encore.