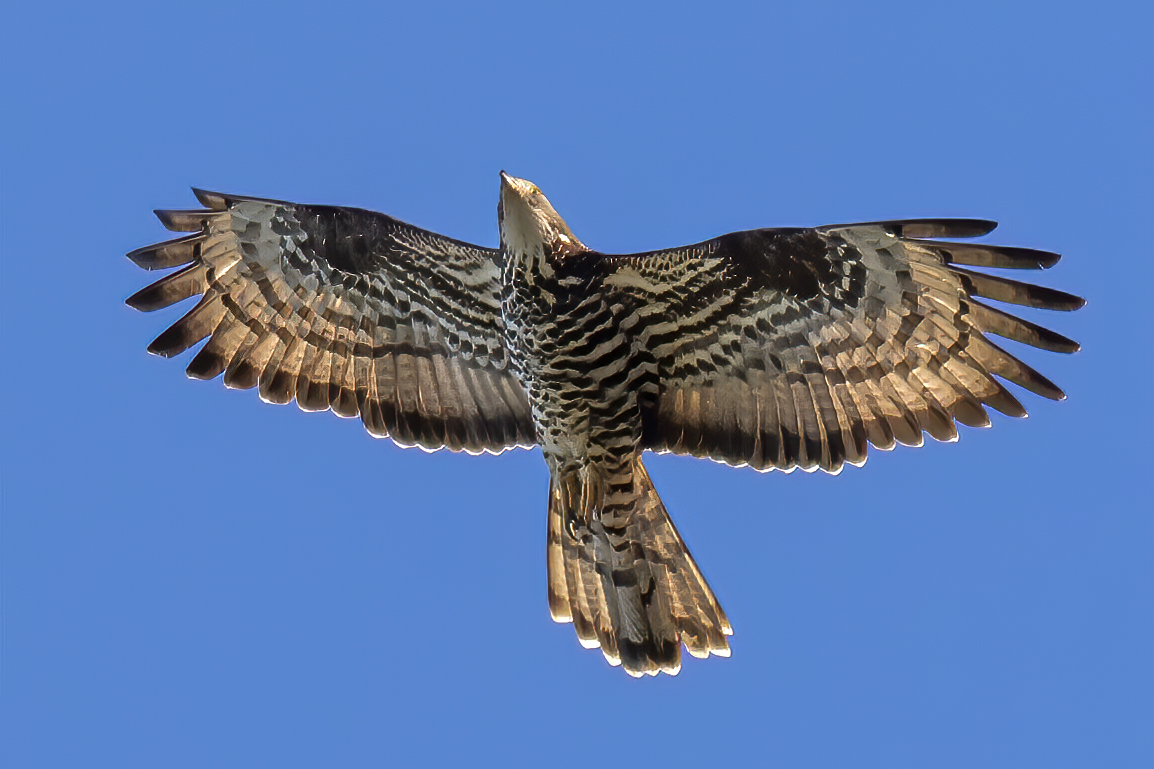 April saw the beginning for the northern migration of European Honey Buzzard Pernis apivorus. Numbers can be spectacular and provide us with one of the greatest sights of visible migration imaginable in Europe. At their peak up to 91,000 individuals have been counted on migration over a period of time through the Strait of Gibraltar.

Our birds are returning from their wintering ground in equatorial Africa and are making their way to breeding grounds. They breed throughout Europe apart from Iceland, Ireland and does not breed in the south of Spain or northern Scandinavia. Obviously the timing of arrival coincides with the emergence of its main prey, larvae of Wasps.

Some interesting points about Honey Buzzard. The European Honey Buzzard is not even closely related to the Buteo family i.e. Common Buzzard Buteo buteo. It is thought the name originated from the similar appearance and size of these two raptors. Although the most important prey is larvae of Wasps, other food items include additional insect species, young birds, bird eggs, small rodents, frogs and lizards. Interestingly some studies found they sometimes also ate fruit.