A host of birds, from northern and central Europe, make their way south during the autumn to spend the winter with us in Andalucía. We are fortunate to live in a temperate climate during a time when low temperatures and constant inclement weather can grip the rest of Europe. 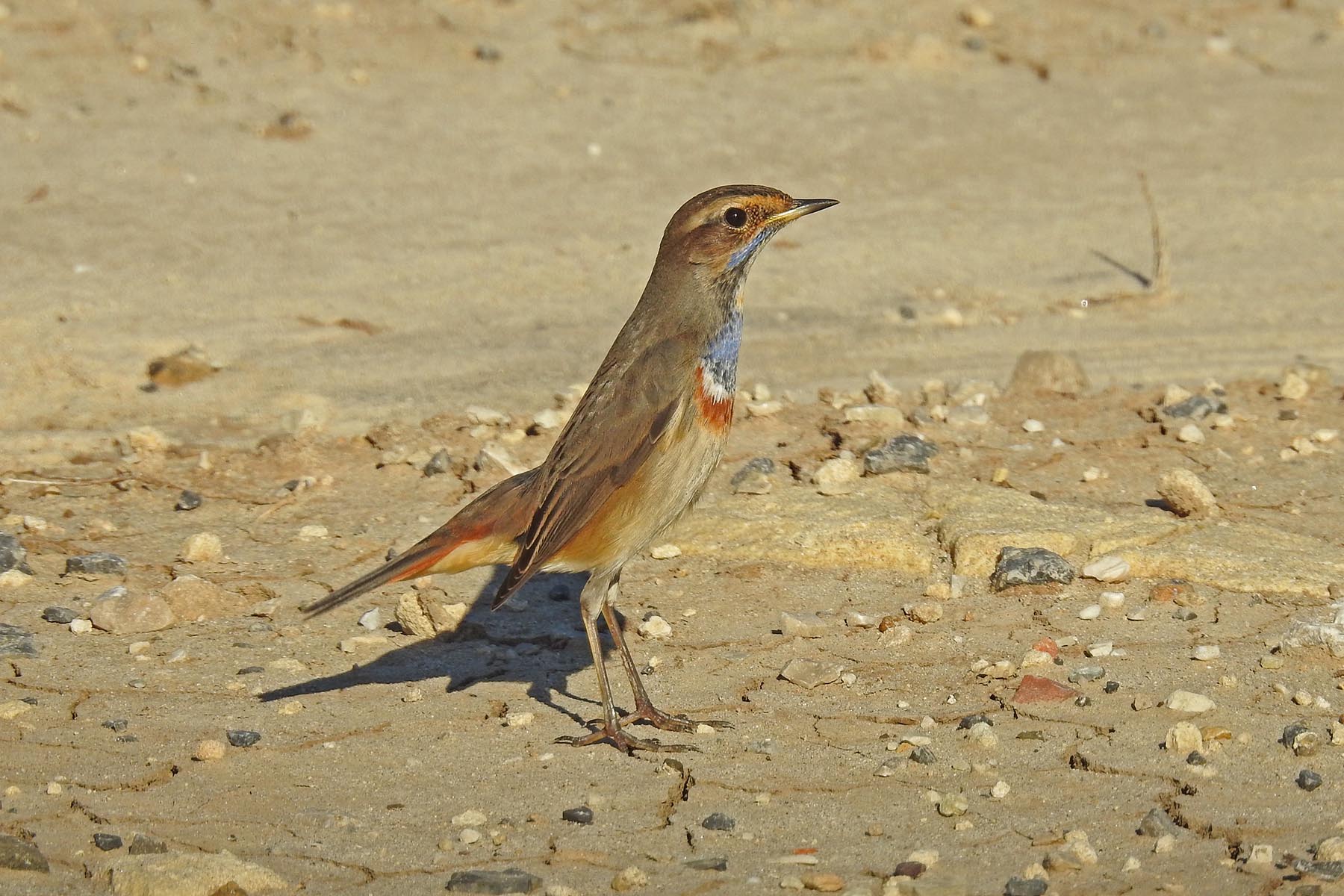 Perhaps one of the most prized birds to winter here is the Bluethroat (Luscinia svecica) a small passerine bird that is now generally considered to be an Old World flycatcher, Muscicapidae. It, and similar small European species, are often referred to as chats.

It is a migratory insectivorous species breeding in wet birch wood or bushy swamp in Europe (the nearest breeding population is in Extremadura), Asia and even with a foothold in western Alaska. It winters in North Africa, the Indian subcontinent and of course here in Andalucía.

Females of all races usually have just a blackish crescent on an otherwise cream throat and breast. Newly fledged juveniles are freckled and spotted dark brown above.

Despite the distinctive appearance of the males, recent genetic studies show only very limited variation between the forms, and confirm that this is a single species.

An amazingly elusive and skulking species it has the ability to frustrate the diligent birder in pursuit of getting good views. What might surprise readers is the wide distribution of the species and that it is very common in parts of its range (see distribution map).