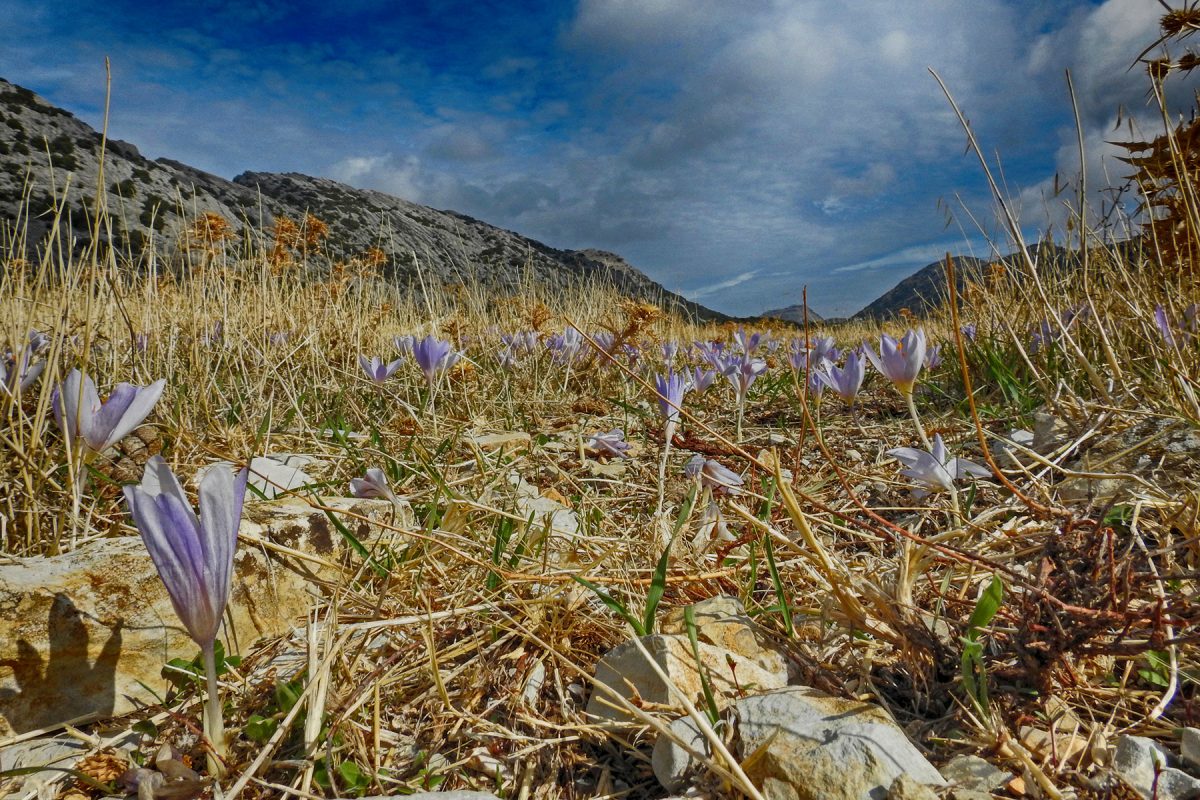 September gently passed over my mountains, its balmy days giving leave for many of our familiar summer birds to depart on their southern passage to Africa. Only a few, foolhardy maybe, lingered and perhaps lulled into believing autumn would never arrive. After such a hot and dry summer (the one of hottest and driest I can remember), you could feel the land crying for rains, dust swirled in the early autumn winds and cracks appeared where once water covered the surface. If September was a continuum of our long summer, then October should prove to be the answer to the cry for change and provide lifesaving respite to the thirst of our plantlife. It should serve to remind us how quickly things can change; how unpredictable our weather can be at this time of year.

October, love it or hate it, can be one of our most unsettled months, a day full of warmth and clear blue sky, to a sudden cooler day when storm clouds roll across the mountains. As the sun lowers in the autumn sky, so do the shadows lengthen and emphasise the contours of the landscape, softening harsh and dramatic rocky escarpments, giving the impression of cloth to the rolling countryside. Deep shadows define each tree in the Mediterranean forests, dark and pale greens glisten in the sunlight, whilst autumn shades of gold begin to appear and adorn the vast areas of sweet chestnut forests. The barking of male deer as they announce their pent-up frustration and desire for a willing consort breaks the sounds of dewdrops falling upon leaf litter.

It amazes me how quickly a parched landscape is suddenly transformed by lush greens and emerging flowers. Autumn Crocus raise their wavering blooms of pink and blue, whilst the mysterious clusters of Mandrake burst into bloom and form bouquets of blue. Hawthorns are covered in swollen haws and act as beacons on bare slopes, attracting a wide variety of migrant and wintering birds. Chattering flocks of Spotless Starling clamour among the bushes and try to gorge themselves, before arriving thrushes compete for this bountiful harvest of berries. Small warblers also skulking and conspire to steal the lower berries from under the noses of their larger brethren, while overhead a passing Sparrowhawk eyes the flocks of feasting birds.

Now is the time for arriving winter birds, a veritable mass of flocking wagtails, pipits, thrushes and finches. Despite the picture I have painted, here it is temperate in comparison to the northern reaches of Europe; mild to warm days will more often than not mark our winter. Snow is rare and is only ever present on our highest mountains, streams will run and lagoons be replenished. It becomes a land of plenty for the winter arrivals. Alpine Accentor will soon be here, escaping the cold of their breeding grounds, with Ring Ouzel gathering in large numbers to feast on berries and probe the now soft ground for invertebrates. It might surprise my fellow birders from the north to learn Redwing, Fieldfare, Siskin and Brambling also make it this far south.

Of course, I still have my resident favourites to enjoy, in fact Griffon Vulture are perhaps at their most obvious now, gathering in large wheeling social flocks, they seem to enjoy being together as a prelude to the start of an early breeding season. Bonelli’s Eagle are also more obvious as the pairs reinforce bonds and can regularly be seen sky dancing, a dramatic display of rapid swoops culminating in gentle close quarter synchronised flying. Then I have my Black Wheatear and Blue Rock Thrush to lure me into the mountains, always so privileged to see, whilst the antics of resident Black Redstart in conflict with their visiting cousins from the north, provide endless entertainment.

Up on the high hills of Old Ronda there are super large flocks of mixed finches, spectacular sights as the flock are constantly disturbed by wandering cow herds, passing cars or the villain of any peaceful finch flock, the Sparrowhawk! It is always worth scanning these flocks for the unusual or scarcer finch and spending time revealed Brambling among the many Chaffinches, whilst the field margins with their high fennel plants held a small flock of Siskin. Just lazing around this wonderfully scenic area can take your breath away, as autumn shadows deepen the harsh edges to rock and crag, bringing a softness to the landscape which is almost velvet like and in total contrast to summer months when bright light and haze gives an almost one-dimensional appearance to both hill and mountain.

Of course, we are only in the beginnings of October, so plenty of time for more seasonal weather, cooler and wet, to make an appearance, for now I am taking every available opportunity to get out of the house, not only for my guiding work, but also on my free days! And my efforts have been rewarded this week; I have not seen ‘my’ Bonelli’s Eagle behind Montejaque for many weeks, so it was cause of great celebration to see an adult among many Griffon Vulture high above its nesting site. I was really so worried that something terrible had happened to ‘my’ eagles. Phew! What a relief. Black Vulture has also been regular this week up the Libar valley, such a different wing shape to their smaller cousins the Griffon Vulture.

The time of year makes it difficult to concentrate solely on birds; autumn colours just wash the landscape with their golden yellows and reds. It is mission impossible not to get carried away with the colours and shoot several scenes without regard for flying birds or anything else that should catch the eye. My autumn days have been spent doing a rough loop, striking out towards El Gastor, via old Ronda, then taking a route to the historic town of Olvera, then back again via some off-road tracks hoping to see a few raptors and winter finch flocks. It was a journey of rich reward both scenically and for birds. Per chance I happened on a gathering of Griffon Vulture feeding away from my eye line on a high grass slope, I had to wait for them to tumble from the ridge and cruise over my position before being able to photograph them!