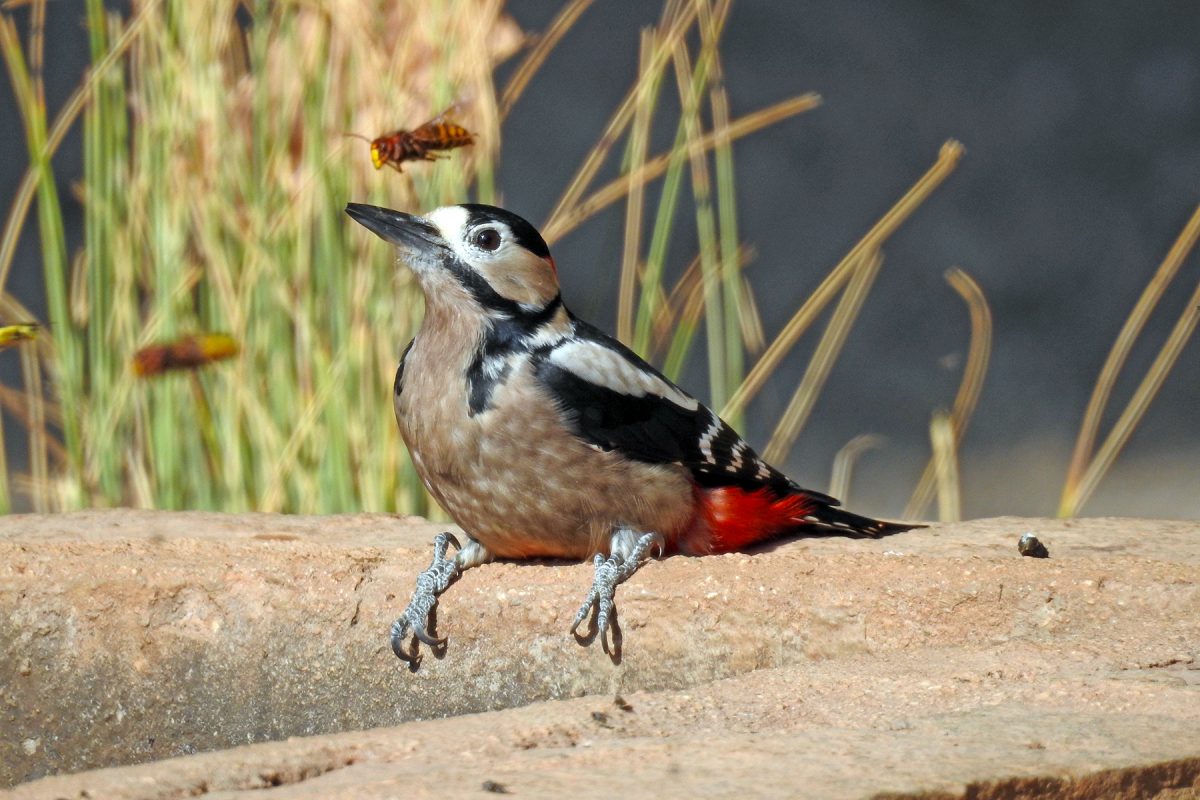 Great-spotted Woodpecker Dendrocopos major hispanicus. A common resident in our part of Spain and largely sedentary, but young birds are known to disperse considerable distances and some adult individuals can have a tendency to wander, which has led to the recent colonisation of Ireland, whilst some vagrants have been recorded as far away as North America.

Our resident bird Dendrocopos major hispanicus is darker on the underside than it’s northern brethren, but you should also look hard at individuals as the African subspecies Dendrocopos major mauritanus have been discovered breeding in Malaga province, particularly Sierra de las Nieves and other nearby woodlands; this subspecies, particularly the male, is quite distinctive with pale below and red in the centre of its breast.

The local population appears to be increasing, unlike its small relative the Lesser-spotted Woodpecker, which continues an alarming decline. The Great-spotted Woodpecker occurs in Eurasia from the British Isles to Japan, also in Africa from Morocco to Tunisia, areas too cold or too dry to have suitable woodland habitat appears to be the only limitation to this wide distribution.