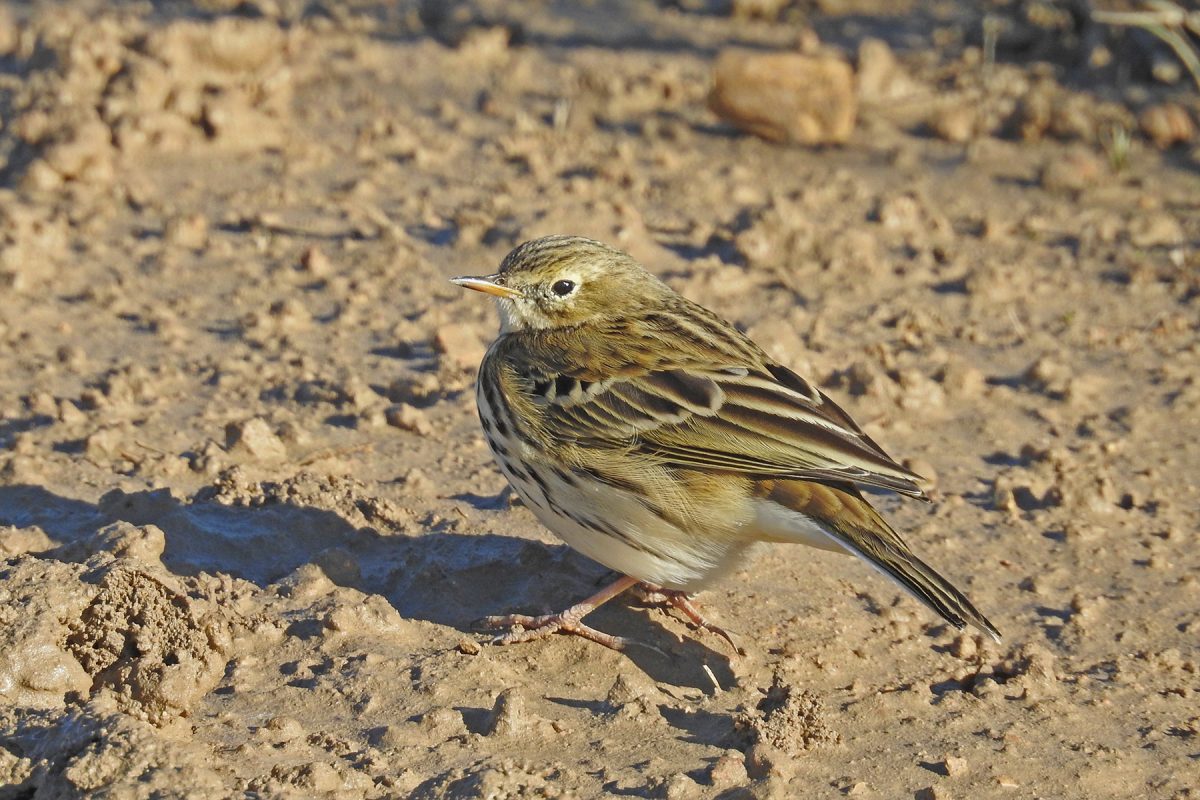 As we move further into autumn our winter birds begin to arrive in numbers. One of these is the Meadow Pipit (Anthus pratensis). Here in the Iberian Peninsula it is extralimital and as a breeding species confined to the far north where less than 100 individuals have sporadically bred, indeed it is possible that there are no breeding pairs at all now.

This pipit is widespread across Europe, from Greenland in the west, to the Urals in the east. It is resident in part of its range with northern populations wintering in central and southern Europe and down into North Africa and the Middle East.

For breeding it favours open habitats, like moorland, heathland and bogs and in the UK the summer and winter range maps are striking as this bird leaves the uplands to winter in the lowlands with approximately two thirds of the population moving south to places like Iberia.

It is very typical of its kind (pipits and wagtails), a ground dwelling somewhat graceful and elongated bird. Whilst it is a common sight, the rich earthy plumage and bold markings repay a second glance, it really is quite handsome.
Up to 40 million individuals are present across its range, though sadly it has been in moderate decline since the 1980’s with a quarter of its total population being lost and it is now classified as being of Near Threatened status.

Being extralimital here in Spain the range contraction will be particularly noticeable and there is some evidence of a reduction in wintering numbers too.

Climate change is clearly having an impact and increasingly dry winters in the far south are an important aspect of this population reduction. Like everywhere this is compounded by agricultural intensification and warming in the breeding areas, particularly the vast tundra will place additional stresses upon this species.

The total number of wintering individuals here in Spain will be in the order of several millions, though exact numbers remain unknown. Their presence here is strongly associated with irrigated crops, damp meadows and extensive grasslands and they are particularly abundant along the Guadalquivir valley. Some of course will be gathering here along The Straits prior to their crossing into North Africa.

One can only hope that the familiar and beloved ‘mipit’ will not follow in the footsteps of corn buntings and spotted flycatchers. The ABS continues its advocacy for our bird life and by supporting us through membership we can continue this work.