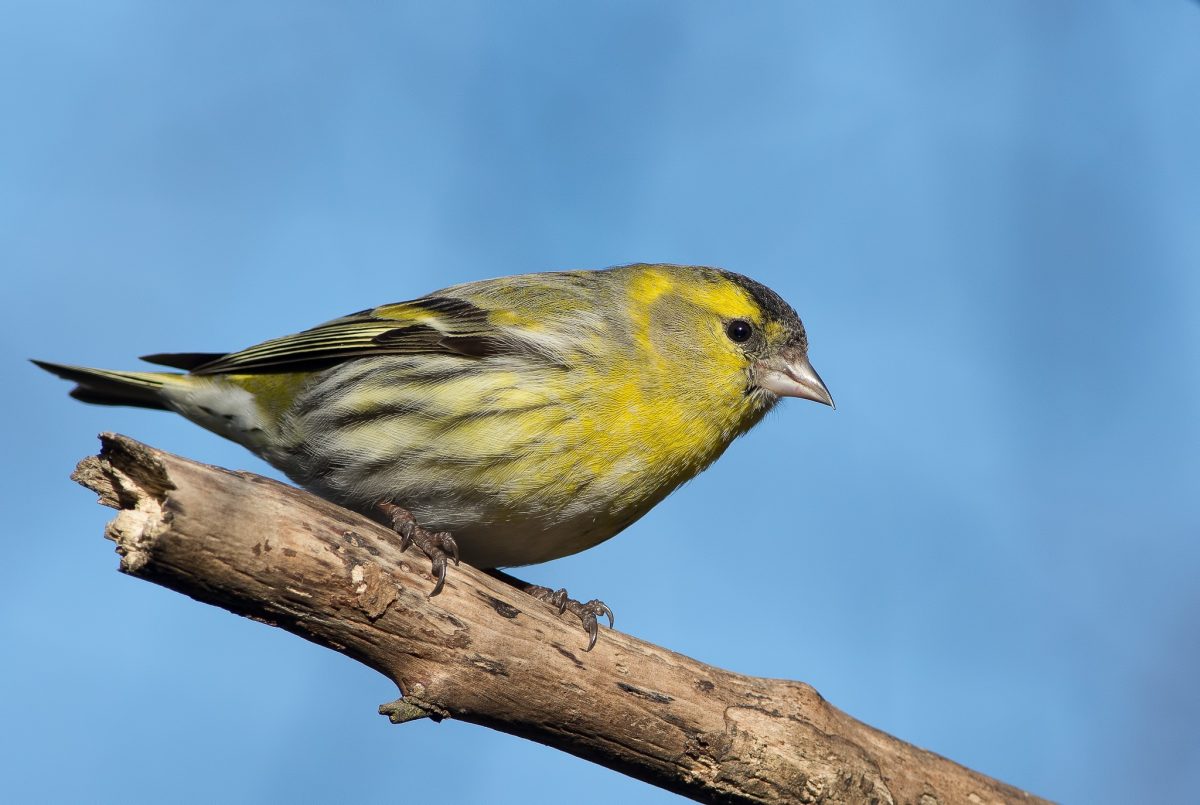 The Eurasian Siskin (Spinus spinus) is a small member of the finch family Fringillidae. It is also called the European Siskin, Common Siskin or just Siskin. It has a wide distribution and so it has unsurprisingly attracted many names according to geographical zones, these include Black-headed Goldfinch, Barley Bird and Aberdevine. It is common throughout Europe and Euro Siberia. For the largest part it is found in forested areas (coniferous and mixed woodland), where it feeds on seeds of all kinds, especially of alder and conifers.

The male has a mainly yellow face and breast, with a neat black cap. Female and young birds have a greyish green head and no cap. It is a confiding, sociable and active bird. The song of this bird is a pleasant mix of twitters and trills, unfortunately for these reasons it is often attractive for the avian trade and kept in captivity.

These birds have an unusual migration pattern as every few years in winter their irruptive migration can see large numbers moving southwards. The reasons for this behaviour are not fully known but thought to be related to climatic factors and above all the availability of food. This event has been the object of diverse theories, one theory suggests that it occurs in the years when Norway spruce produces abundant seeds in the centre and north of Europe, causing populations to increase. An alternative theory is that greater migration occurs when the preferred food of alder or birch seed fails. The species can form very large flocks outside the breeding season.

Overwintering populations can thrive where food is abundant. It is often seen in gardens and will visit garden bird feeding stations.

Siskins can be found across the Euro Siberia and the north of Africa. Its breeding area is separated into two zones, each side of the Palearctic realm: the east coast of Asia and the central and northern part of Europe.

These birds can be found throughout the year in Central Europe and some mountain ranges in the south of the continent. They are present in the north of Scandinavia and in Russia and over-winter in the Mediterranean basin and the area around the Black Sea.