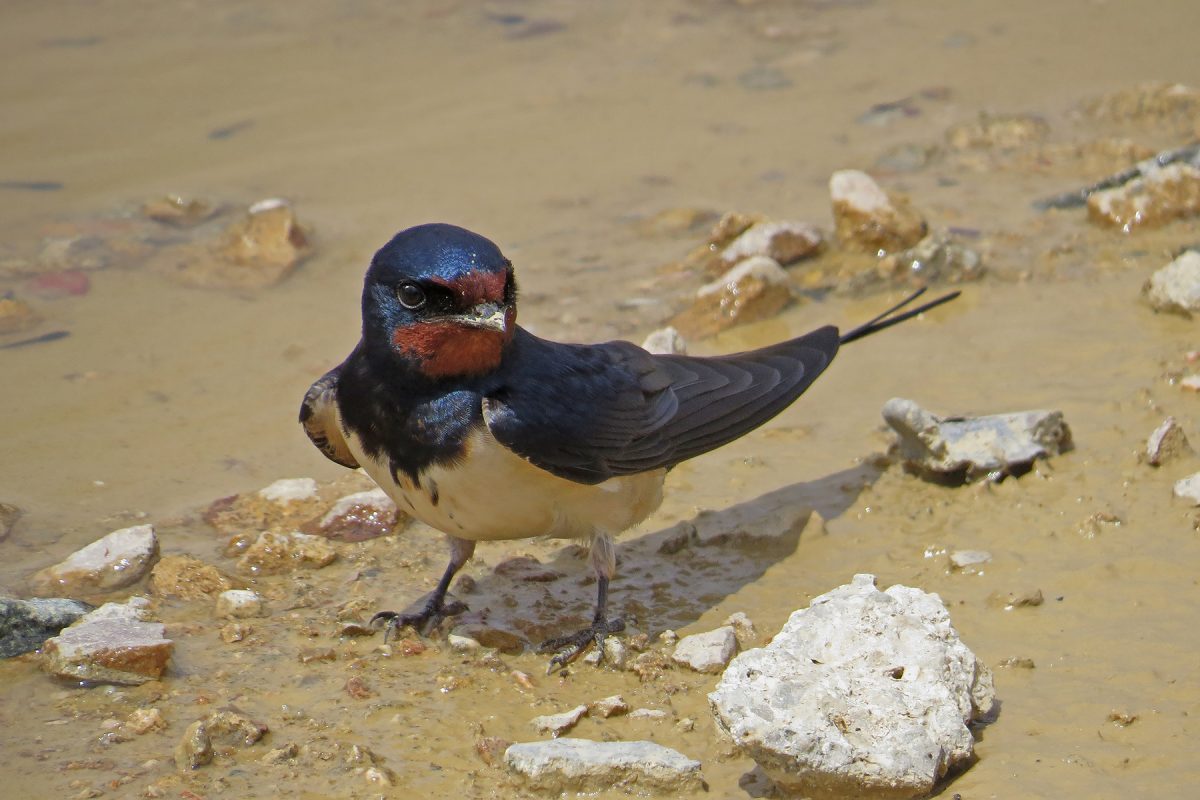 Barn Swallow Hirundo rustica rustica. For those of us with roots in northern Europe, the swallow has always been the harbinger of spring. The arrival of our swallows, back here as early as January in some areas, is always a cause for celebration. Although there are areas where these cheerful birds do winter in our region, the largest number migrate as far as the furthest most point of South Africa. It is a remarkable feat in the world of bird migration and made even more remarkable by the fact that these birds return to the same wintering and breeding grounds each year, that’s better navigation than anything we possess including NASA!!

The Barn Swallow (Hirundo rustica) is the most widespread species of swallow in the world. Our birds are one of six subspecies that breed across the Northern Hemisphere. As the name implies, they are associated with nesting in man-made structures and have strong connections with man, living in close proximity and welcomed for their insect eating habits. Normally the males return first to their nesting site and will choose the nest site to advertise to the later arriving females. Much more common than often realised is birds will pair for life, the same pair reuniting after their long and separate spring migration. 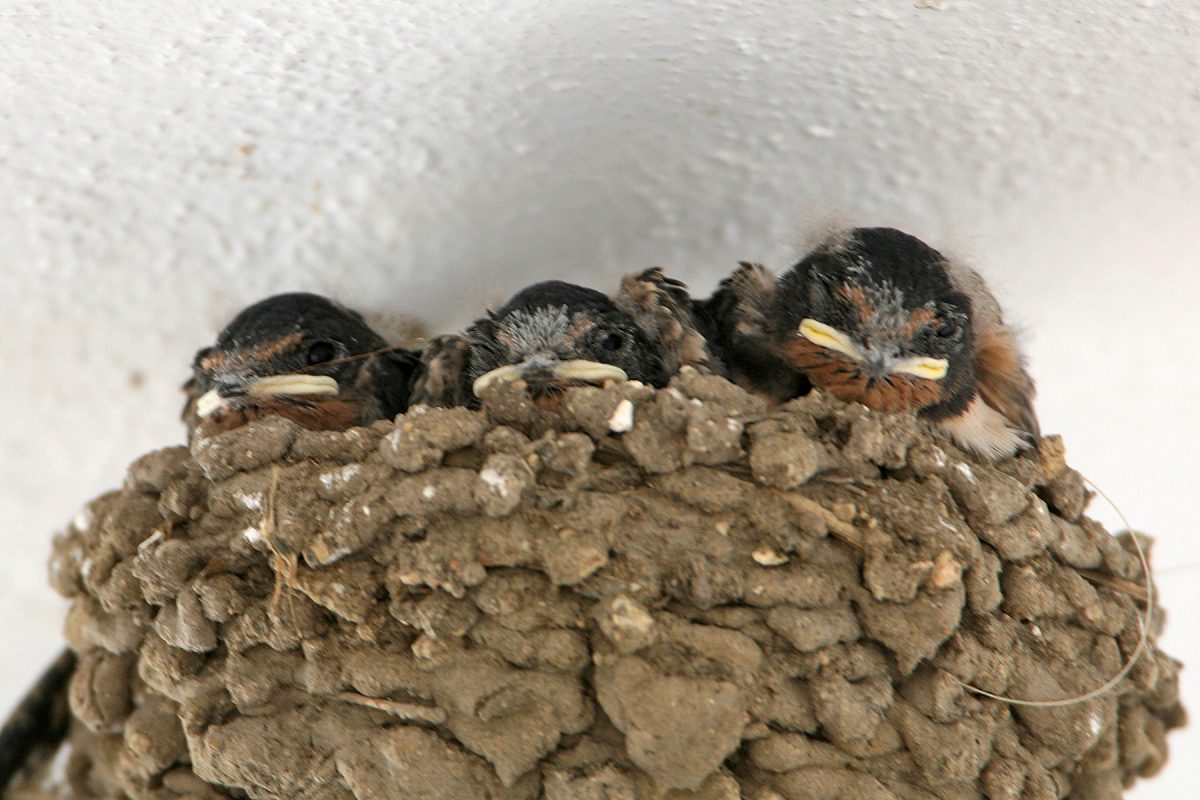 Although a gregarious species on migration and in their wintering quarters, our birds become highly territorial once they return to their breeding sites. Both sexes will defend their nest from intruding birds, though the male is more active in this regard. Despite pairing for life, intimate copulation with other males/females is common and yet they remain socially monogamous. It is interesting and amusing that breeding pairs will use deceptive alarm calls to disrupt these sexual extrapair encounters.

Our birds can arrive back to their territories as early as February, but in most cases, birds are paired in March. Nesting will begin in March and April. Provided the old nest is still intact this will be refurbished and the first brood of between 3 and 5 eggs will be brooded exclusively by the female. Second broods are normal, but usually only 2 to 3 eggs are produced. Our breeding birds can start to depart as early as August, but most will join northern birds in large migrating flocks during September and even in October.

Unsurprisingly, given their close association with man, Barn Swallows are ingrained in our culture and has a long history in literature going back as far as Aristotle’s much used proverb from his Nicomachean Ethics ‘For one swallow or one day does not make a spring’, a proverb that is still in common use to this day. 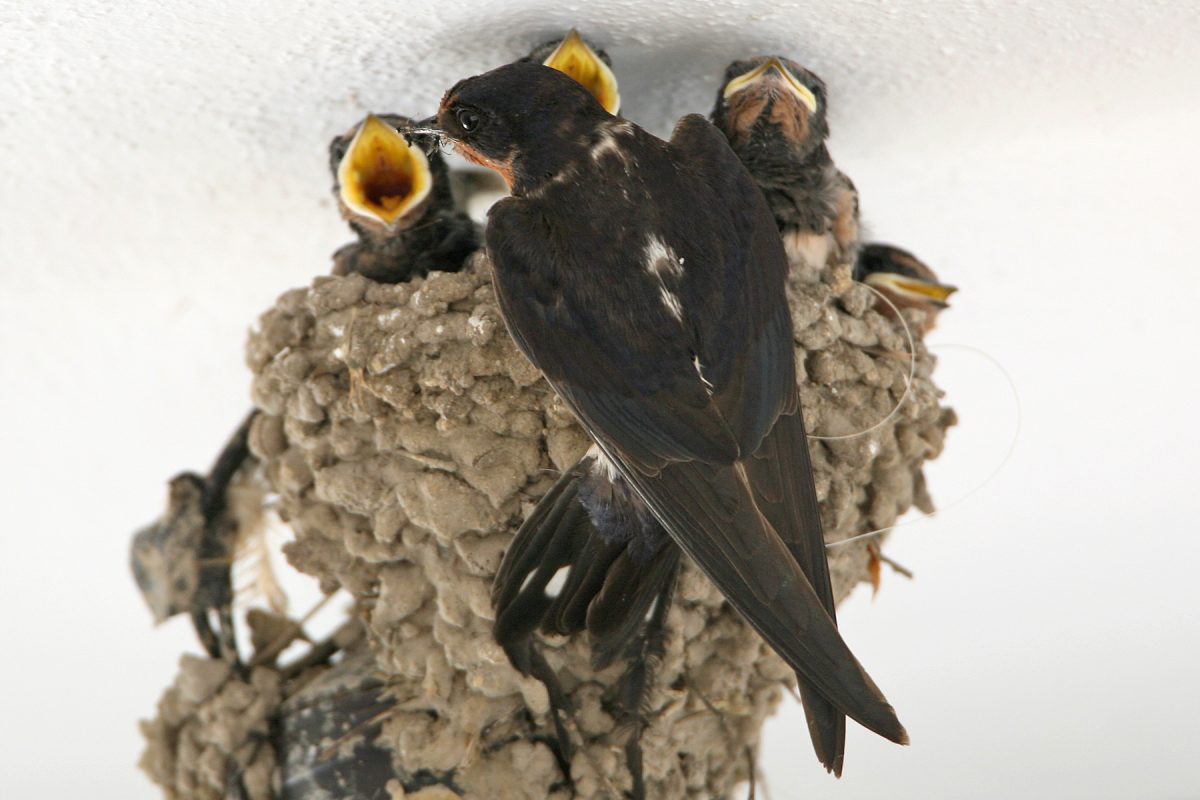 And there are so many superstitions surrounding the nest of our swallows and many refer to avoiding damaging such a nest i.e., if you damage the nest it can lead to cows producing bloody milk or no milk at all, damaging a nest will lead to hens ceasing to laying their eggs. These and other superstitions might explain why some nest exist for many years, 10 to 12 years is common, but one nest is reported to have been used for 48 years, of course in all these cases the nests have been refurbished each year.