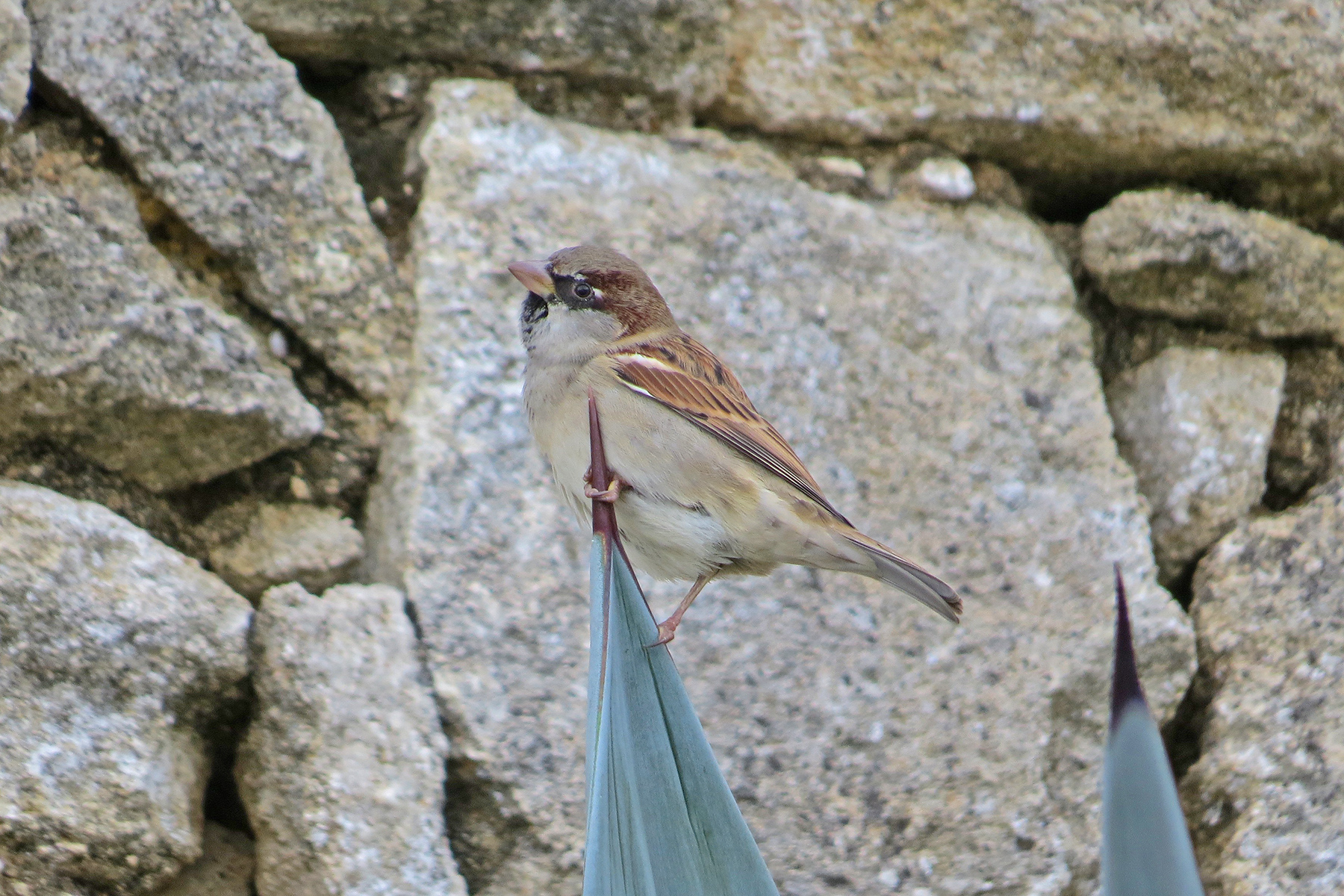 What, a House Sparrow? We can hear you! Truth is, in these days of isolation, it is a species most of us will see. A garden watch, viewing from a balcony or just peering through a window, likelihood is we will at some point see a House Sparrow.

‘Better a sparrow, living or dead, than no birdsong at all’ Catullus

It is easy, or rather it was, to take our healthy population of House Sparrow for granted. They provide many moments of entertainment with their social interactions, particularly now in the breeding season. For many of us they will be the most common bird we see during the lockdown, so it is interesting to learn a little more about these small brown bundles of feathers.

‘When the sparrow sings its final refrain, the hush is felt nowhere more deeply than the heart of man’  Don Williams

Due to early settlers introducing this bird to many regions of the world, House Sparrow are now the most widely distributed passerine.

Although the normal lifespan is 4-5 years, the oldest known wild House Sparrow reached the grand old age of 19 years and 9 months (discovered from ringing records and relates to a bird ringed in Denmark).

Did you know, although not a water bird, that they can swim? They have been observed using this strategy to escape predators.

Many of us will have seen them dust bathing, creating small depressions and throwing dust over their body feathers. What is perhaps not realised is each bird will defend their depression against other sparrows.

The bird’s scientific and English name have the same meaning. The latin word passer is a term for a small active bird with the root meaning referring to speed. The latin word domesticus of course means ‘belonging to the house’.

So when we look outside and all we see are House Sparrow, spare a thought to how lucky we are to still be able to call them common and have them as friends.

‘A certain traveller who knew many continents was asked what he found most remarkable of all. He replied: the ubiquity of sparrows’  Adam Zagajewski

Article and photographs by Peter Jones