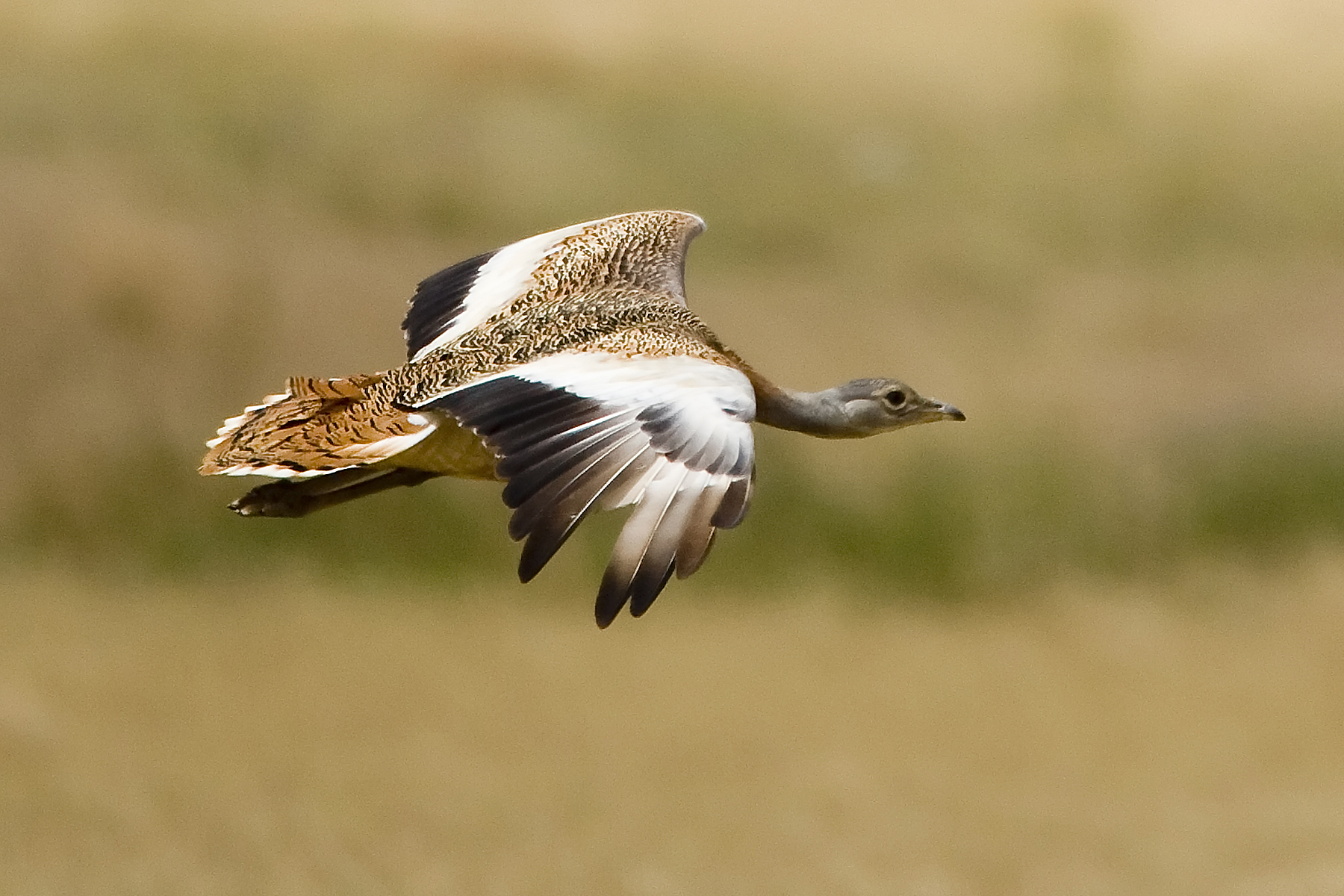 This brief article could equally be entitled Birding Site of the month. The Osuna Triangle, that great birding area in-between Osuna, Marchena and Lantejuela, certainly lived up to it’s reputation recently. Several ABS members visited the area during January, some under blue skies and warm weather, while some braved the cold, wet and miserable grey days to witness record numbers of Great Bustard.

An earlier group of ABS members reported several large flocks and seeing so many at the same time came up with a total count in excess of 120 birds. As far as we know this was a record for the area. Later ABS visitors reported flocks of 50 plus Great Bustard, a far cry from earlier years when 20 in a flock would have been an achievement.

Of course the time of year is helpful, crops are at a low growth stage and the birds can be observed easily from a distance. There can be no doubt Great Bustard have increased in the ‘Triangle’ over the last decade. It is a credit to local people and yes even the local farming community, that this welcome increase has been actively encouraged. Could local farmers and the local community perhaps encourage similar attitudes towards Little Bustard?

As I said earlier, this could equally be a tribute to the Osuna Triangle as to the amazing numbers of Great Bustard. At any time of year it is a great birding area worth visiting. Thanks to Kevin Wade for the use of his wonderful photo of the flock taken at the ‘Triangle’ this month.