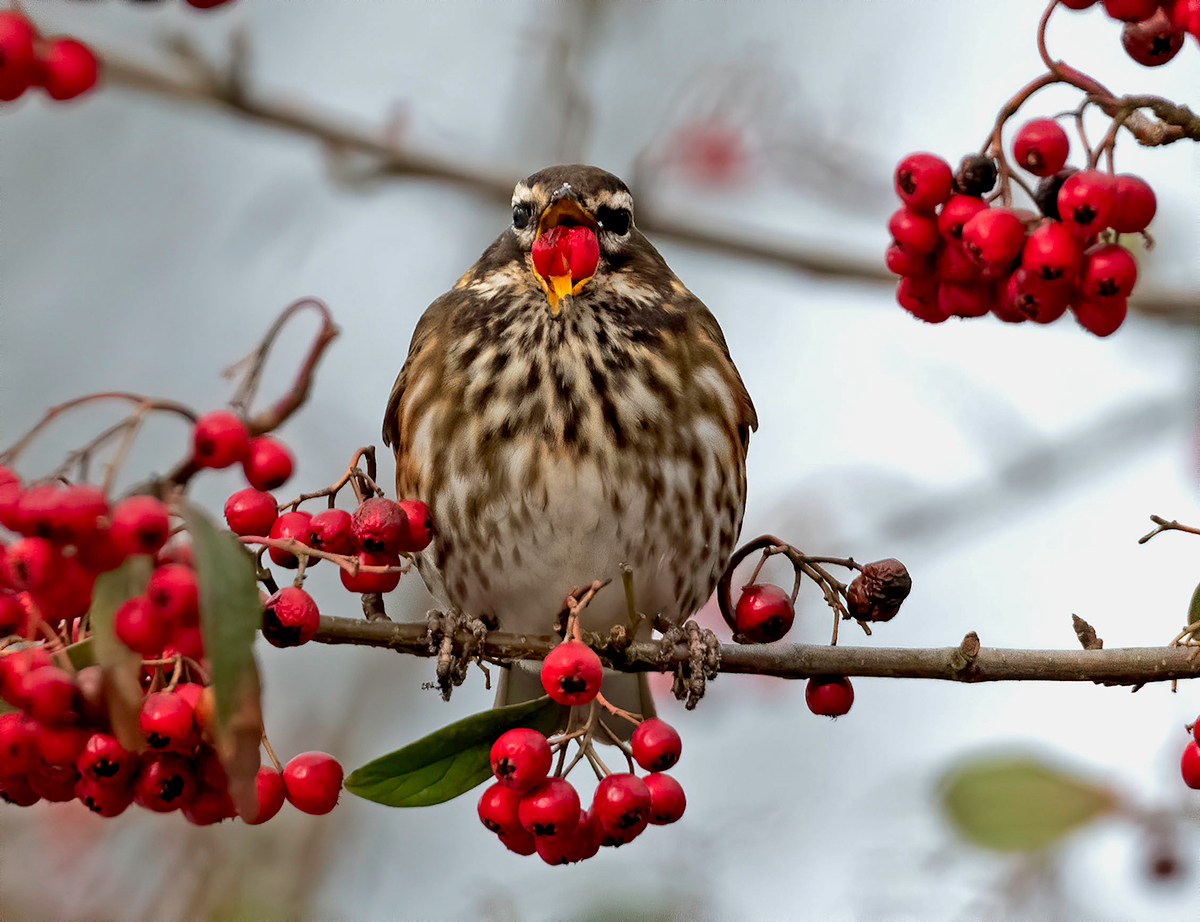 Redwing Turdus iliacus. Redwing are a widespread and elusive winter visitor to our province. Often, they can be seen in the company of their close relative the Song Thrush, which is an unfortunate choice given those wonderful songsters are hunted unmercifully by the barbaric ‘Huns with guns’ brigade. Redwing are much darker than Song Thrush and show a clear white to cream coloured supercilium, with the rust-red underwing easily observed when the bird is in flight.

Our wintering birds tend to begin arriving in October and become more common during November. Many birds will continue to journey south and winter in North Africa. It is frequently found in woodlands, but certainly in early winter they will seek Hawthorn and Wild Olive as a food source and persist while plentiful fruit is available. The fluctuating annual and local availability of fruit on these favoured trees and scrub means flocks are usually nomadic as they range in search of areas where there is sufficient food. On lower elevations they will forage for terrestrial invertebrates in open cultivated fields and also pastures.

Birds wintering here are most commonly from Scandinavia (Turdus.i.iliacus), but birds of the Icelandic race Turdus.i.coburni can be well represented. Numbers can fluctuate from year to year and influenced either by availability of food further north or by extreme weather driving them south. I have seen years when they have been abundant and other years when they have been extremely scarce during winter, but as a migrant at the extremes of their passage they are common. Most of our wintering birds and migrants will leave us in March, although I have had odd records during April.

I look forward to seeing our wintering thrushes return and alongside the much rarer Fieldfare, Redwing always strike me as one of the most handsome of their family. Up in my mountains I am lucky to see these wintering thrushes in good numbers and together with Ring Ouzel, Fieldfare, Song Thrush and increased numbers of Blackbird (also a winter visitor), they make a day’s birding exciting and worth the effort of visiting the high areas even on the coldest of winter days. 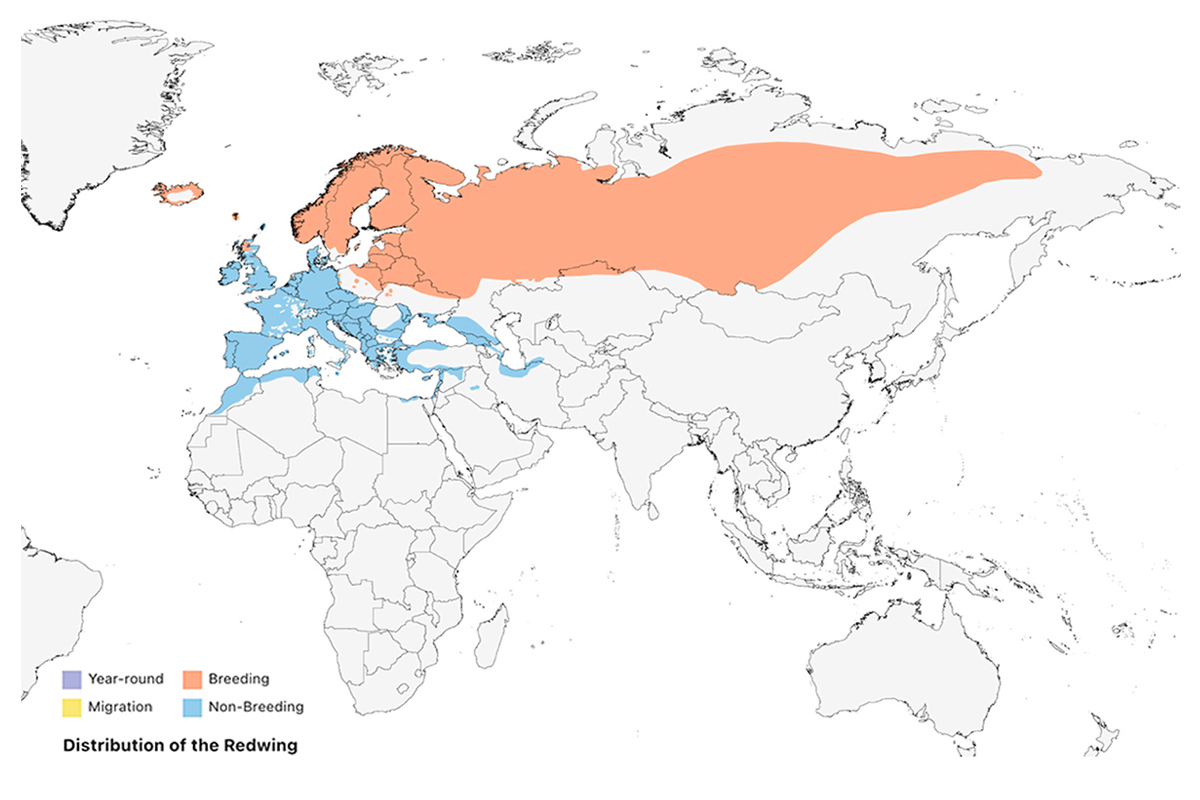 Many thanks to ABS member Bruce Kendrick for his wonderful illustrations.