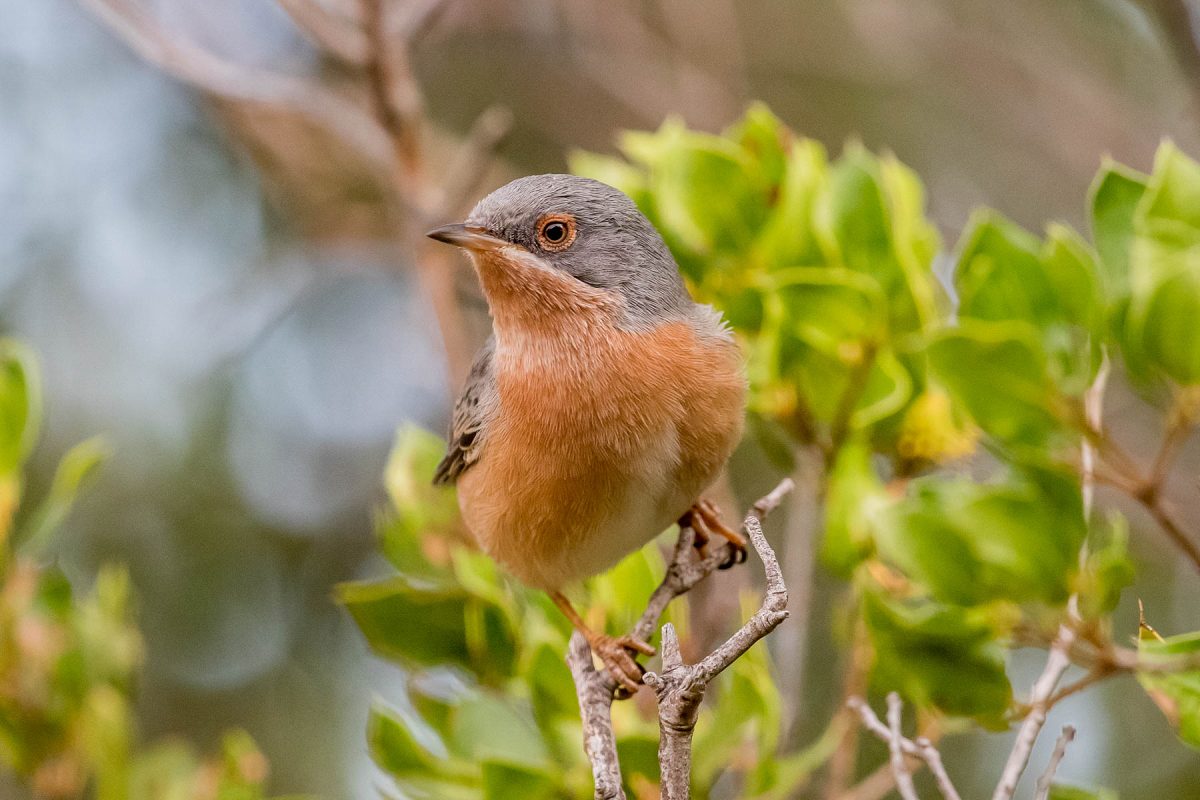 Subalpine Warbler. Although we are all familiar with this common summer visitor it was surprising, during the course of a little research, to learn that so little is actually known about this small warbler. In fact, most sources of reference ask those with the necessary expertise to add to written accounts on this species. To complicate our birding here in Andalucía there are 3 so called species, which are all possible after these were separated (by some authorities) from being just subspecies not so long ago. Our most common and widespread, I will say subspecies, species is Sylvia inornata the so called Western Subalpine Warbler, but I’ve seen the Eastern Subalpine Warbler S. cantillans in my local area as well as S. subalpine or Moltoni’s Warbler (please see note below). It can get very confusing, so an up to date field guide will help you keep a lookout for these differing subspecies/species.

Note. Until recently S. cantillans was considered conspecific with S. subalpina. Race inornata also proposed for species rank in course of separation of S. subalpina and description of iberiae, but plumage differences relatively weak and call differences only slight. Some authors propose that albistriata be treated as a full species, but many consider evidence not conclusive. Has apparently hybridized with S. melanocephala. Four subspecies are recognized. More to come on this I suspect.