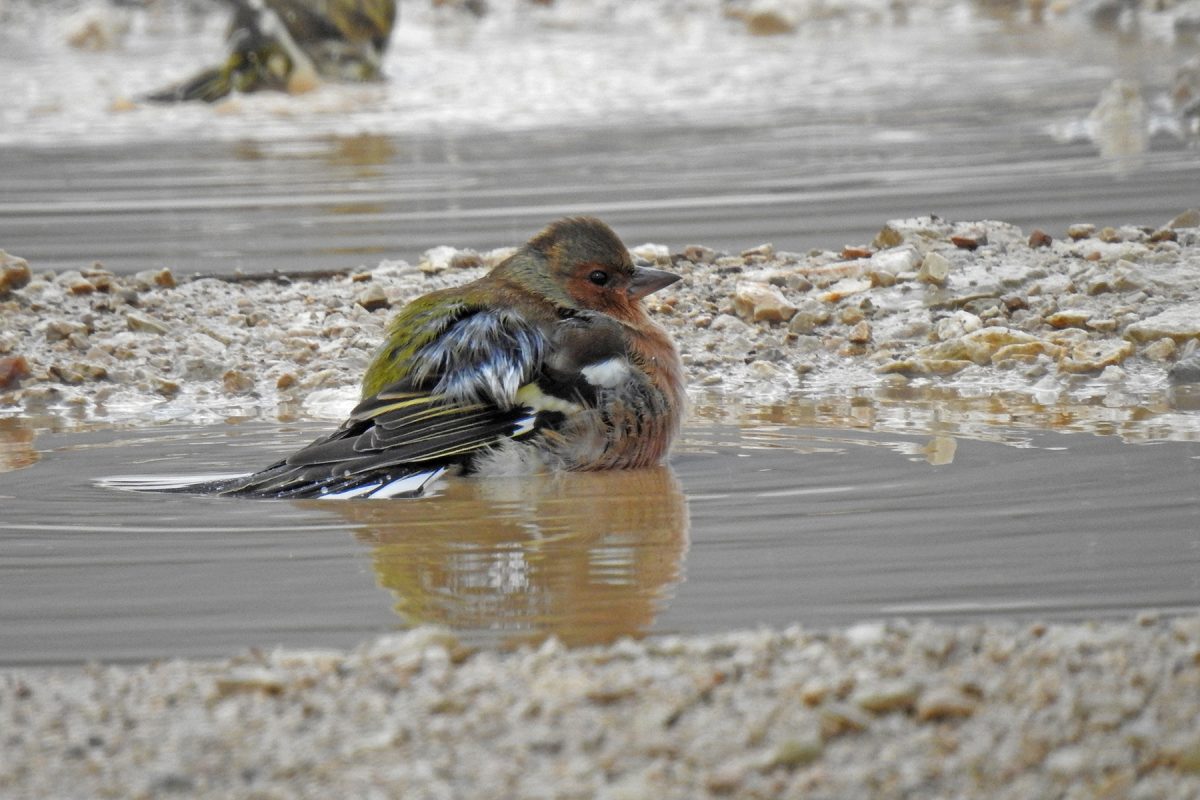 After weeks of procrastination, pontification and unfulfilled promises to myself, I finally plucked up the courage to venture on an epic journey of 10 minutes to visit the local bird hide (Algaba). It was a typical birder’s endeavour, or is that a masochistic infliction, with tumbling out of bed at an ungodly hour in total darkness, a quick stumble around the kitchen to fill a flask with chilled water and fill a bag full with magdalenas (cakes in your tongue).

After a couple of brews and a quick breakfast, then I was off to the hide. Driver and car groaned at such an early start, but neither had to suffer for long as I arrived 10 minutes later outside the observatory gate. Fumbling around in the half light undoing an obstacle course of padlocks, I finally settled down for my first cake and cup of well earned cold water. This is when that perverted twist in events took the shape of Murphy’s Law as he took a firm grip on proceedings. After days and weeks of clear deep blue skies and blistering sunshine, the clouds started to roll over the mountains, Thor struck his hammer producing spectacular lightning and deep rumbling claps of thunder!

I had to chuckle at this conspiracy, the events unfolding to make photography near impossible through an uninspired spyglass window. Rain came in short bursts, the circulating pump for the hide ponds refused to work without direct sunlight on it’s solar panel, all the while the birds stuck two feathers up at the spyglass photographer. Focusing, in bad light through the hide windows, was a challenge that I wasn’t entirely up to.

However, the birds started to arrive in good numbers with large flocks of Chaffinch descending to crowd the water’s edge for a bathe and drink. Sardinian Warblers and good numbers of Subalpine Warblers hopped and weaved through the Chaffinch mass to grab liquid refreshments, Great and Blue Tit along with Nuthatch bullied their way to the shallows. The bar was crowded, the light was improving and at last I had the chance to maybe take a few decent photos, but Murphy wasn’t finished with me yet.

The mass gathering was complimented by an Iberian Chiffchaff and a half dozen Bonelli’s Warbler. That was when a raucous juvenile Jay decided it would be fun to keep up a concerted flock dispersal manoeuvre, with a loud rasping call I took to be a protest at becoming fledged and having to fend for itself. Still, it soon tired of this party game and left after a quick splash around the pond. Within a blink of an eye, the birds returned and I thought great I can settle down and do battle with the camera focusing. Of course the show had another anti-photographer twist to events. Just as I felt encouraged and excited to get to grips with the many birds in front of me, a Sparrowhawk did a fly through in an attempt to grab one of my subjects, it was unsuccessful. I am sure we all know what happens in these scenarios, the birds all disappeared and only came back in dribs and drabs after about 30 minutes.

So an eventful, if somewhat frustrating, photographic morning. I did enjoy myself and saw around 30 species during the course of the morning, even had a Fox visit and yes it did pose! It was a fun time and if it kept Murphy happy enough to leave me alone for awhile, then fine.