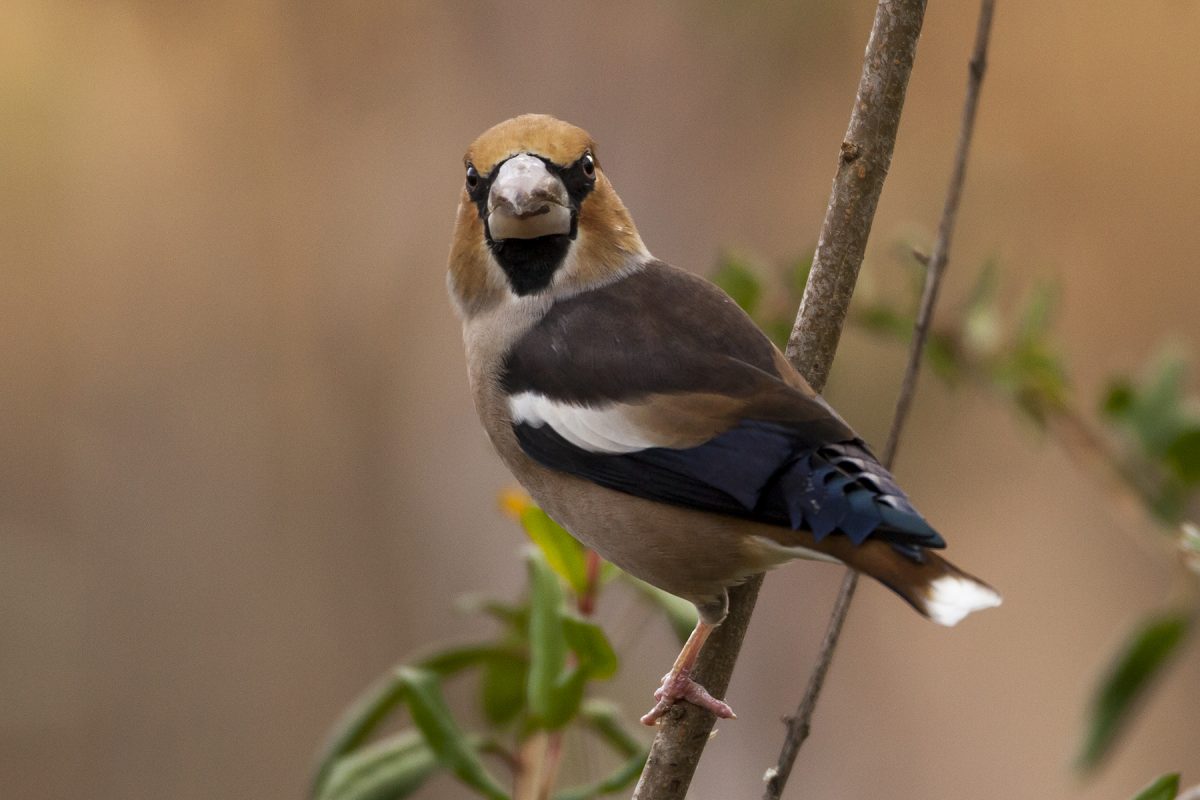 Thirty-six ABS members met at 9am at the restaurant El Navasillo 12 kms south of Ronda on the San Pedro road. Two flocks of Rock Sparrows were seen flying nearby. It was exciting for us all to know we were joining birders worldwide in counting species for the Global Bird Weekend.

After a coffee our convoy headed a short distance south, turning left into the Sierra de las Nieves national park, Keeping to the lower track, with occasional observation stops we came to a group of derelict cottages which had been previously used by the local Guardia.

Once out of the vehicles we explored the area and soon spotted several Hawfinches. They caused great excitement as this species was a first sighting for  many people in the group. Also seen were Robin, Crossbill, Blue Tit,  Nuthatch, House Sparrow, Chaffinch, Sardinian Warbler and a pair of Dartford Warblers moving around in the bracken. Griffon Vultures were observed soaring on the thermals as the morning warmed up, showing clearly against the bright blue sky.

Mid morning we drove back to where the track split making a right turn towards Los Quijigales. Climbing to higher ground, we passed by some fine specimens of the Spanish Fir (Abies Pinsapo) which are native to the region. After parking up and walking a short distance to a drinking trough, which was being used by the horses. Once they had drank their fill the bird population moved in. These consisted of more Hawfinches and Crossbills, Blue Tit, Coal Tit, Crested Tit, Long-tailed Tit, Firecrest, Chiffchaff, Rock Bunting, Serin, Goldfinch, Blackbird, Great-spotted Woodpecker and Jay.

After returning for lunch at the restaurant, some members went in search of Bonelli’s Eagle, which remained elusive to many of the members. The day produced 51 species and we all agreed a great total considering time of year and our high mountain habitat, but perhaps as important, we raised 230 euro on the day for our fundraising effort thanks to the generosity of attending members. Editor’s note: 4 species not included in our eBird count have now been added to the total, originally the list was 47.

A good day was had by all, thanks to Frank and Peter for arranging and guiding us to some good locations.