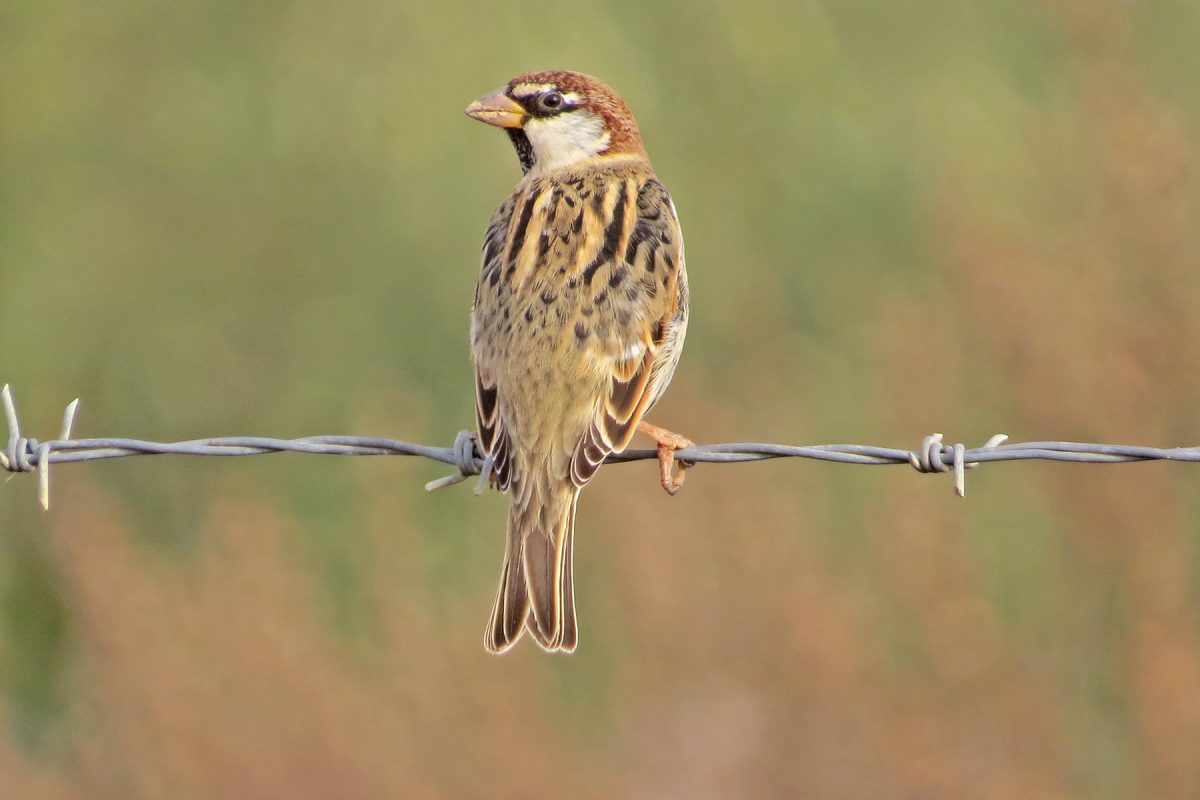 Because of travel and social restrictions imposed by the ongoing global pandemic, this was the very first ABS field meeting in 2021. The expedition, led by veteran bird guide Frank Hair, would have three main destinations: the central drainage canal in the La Janda wetlands near Tahivilla, the fish ponds and mud flats south of Barbate, and the Bald Ibis nesting site near Vejer. As always in this area, we began the day’s birding at the bustling “Apollo 11” restaurant venta in Tahivilla, Frank’s favourite launch pad. The number of birders who were able to participate was limited, which kept our convoy down to just three cars and perhaps accounted for the handsome number of species that we’d see.

As we entered the first tract across from the junction of N-340 and A-2227, we were met by a Red-legged Partridge, resplendent in the bright morning sun. We then began to work our way northwest along main drainage canal. A Cetti’s Warbler was singing loudly from his people-watching hide in a nearby tree, challenging us to spot him. Many small birds darted about in the brush and reeds along the canal: Spanish Sparrows, Linnets, Goldfinches, Stonechats to name a few. The fields on the left held hundreds of Glossy Ibis. A troop of nearly 30 Black Kites appeared from the southeast, moving northward in the strong breeze right over our heads. A fine sight! Had they crossed over the Straight earlier in the day?

Incidentally, the condition of the road along the “Colector del Este” has been vastly improved. The days of slalom birding and clutch-riding are over for now.

As we turned the corner at the Canal Intercolector, we began searching earnestly for the Black-winged Kites that are often seen here and for the Great Spotted Cuckoo seen here recently. Meanwhile the wind was picking up noticeably, probably keeping many birds sheltering. Then, as if out of nowhere, a striking Montagu’s Harrier swooped by low and close-by on our left, giving us all a thrill and a lesson in the art of high-wind aerobatics.

Then if was off in the cars to “Barbate”, with some of the party making a quick rest/coffee stop at “Restaurante KCurro” just west of the site. “Barbate” is ABS-speak for the long eBird moniker “La Breña y Marismas de Barbate PNat ­– El Cañillo”, which is not the town itself but rather a track on the far southeast side of the wetlands. (The eBird smartphone app provides a good way to navigate to the easy-to-miss turnoff.) KCurro is a convenient resource for birders because of its immaculate cleanliness and good food. El Cañillo’s signature bird in the spring is the Collared Pratincole, another aerobatic champ. We were lucky to see three up close at the first pond albeit resting on the ground. A photo in the ABS Facebook Group shows one of them all puffed up smugly keeping snuggly warm. It was getting so windy that there probably were no insects in the air for it to catch. A slow vehicle prowl along the track produced numerous Corn Buntings, Crested Larks, Meadow Pipits, European Goldfinches, many others, and a small flock of Spanish Sparrow at exceptionally close range. A Stone Curlew was spotted on one of the gravelly islands where they are often seen. Far in the distance a Little Gull was spotted by a keen-eyed member of the group. Alas, a valiant march in the now nearly gale-force wind to gain a better viewing angle was unsuccessful though invigorating.

El Cañillo has also been improved recently. It is now possible to walk all the way around the customary birding ponds on a dedicated walking trail, and the site’s former use as a landfill has been rendered a bit less apparent. 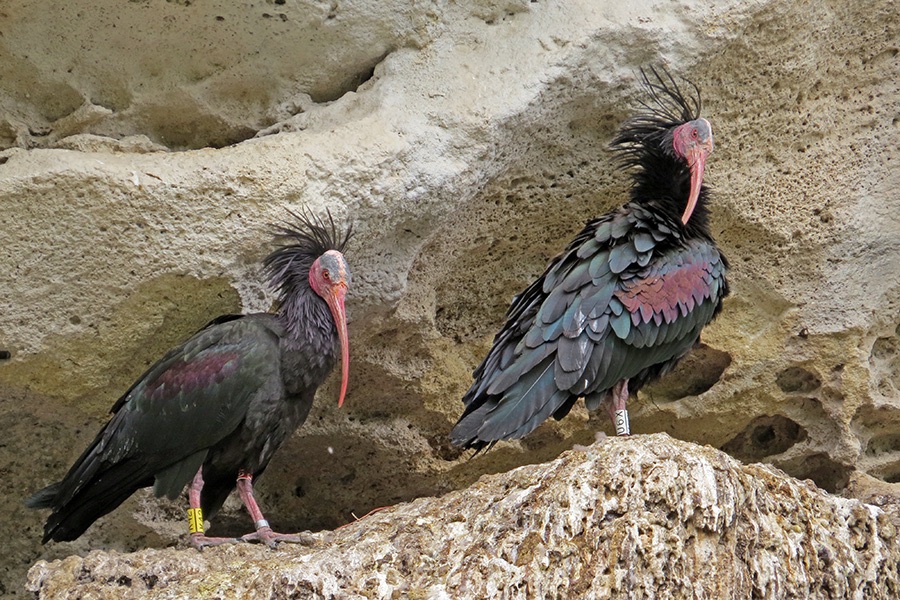 The final stop was the Bald Ibis nesting site near Veher. The Ibises were engaged in nest-building. Human infrastructure improvements have also been made to help keep people gawking at the birds from being mowed down by traffic, and a nice hide has been built to reduce the distraction to the Ibis residents.