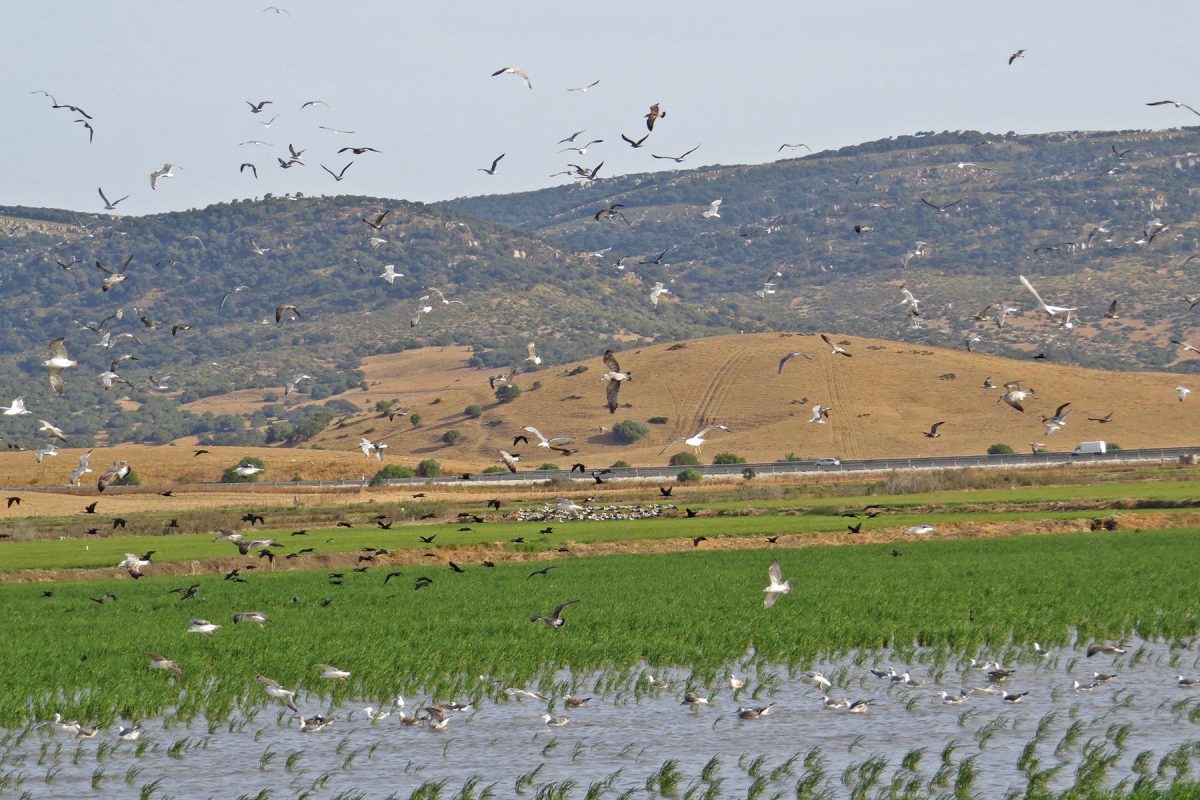 Thirty-five members met in Tarifa before embarking on a five location migration watch on a beautiful sunny warm day run by our Field Officer Frank Hair. Our first stop was at Trafico and soon after at the Cazalla Birds Observatory on the N340 at km87 up the hill towards Algeciras overlooking the Straits of Gibraltar. At first the Riff Mountains on the northern coast of Morocco were misty so few birds crossed until the thermals built up on the Spanish side and the visibility improved across the Straits.

As conditions improved Sparrowhawks, Alpine and Pallid Swifts came speeding over, whilst dozens of Booted and Short-Toed Eagles spiralled overhead waiting for the right conditions. Egyptian and Griffon Vultures were crossing as was a lone Osprey.

We then went onto the hide on Los Lances beach were the highlight was undoubtedly a African Royal Tern which sat and posed for us. In addition Sandwich Terns were easily seen.There were plenty of waders and gulls to keep us occupied including Kentish, Little Ringed and Ringed Plovers, Dunlin, Sanderling, Turnstone and Redshank and among the Yellow-Legged Gulls were many Audouin’s Gulls.

A flypast of a juvenile Bonelli’s Eagle was also exciting. Then onto the salt-pans at Barbate which had a surprising
amount of water. Here we saw Greater Flamingos, thousands of gulls and waders. However we did manage a Curlew, Black-Winged Stilt, Pied Avocet, Spoonbill etc., and a close up of a Curlew Sandpiper, which for me was a highlight.

Another group then went to La Janda, which is now becoming increasingly developed for rice and cotton production on a huge scale. Here we saw an adult and juvenile Peregrine Falcon, Marsh and Montagu’s Harrier, a very large flock of Glossy Ibis, Kingfisher and Black-winged Kite among many other species.

Overall we had a great day’s birding seeing 81 species as well as having a wonderful turnout of members.