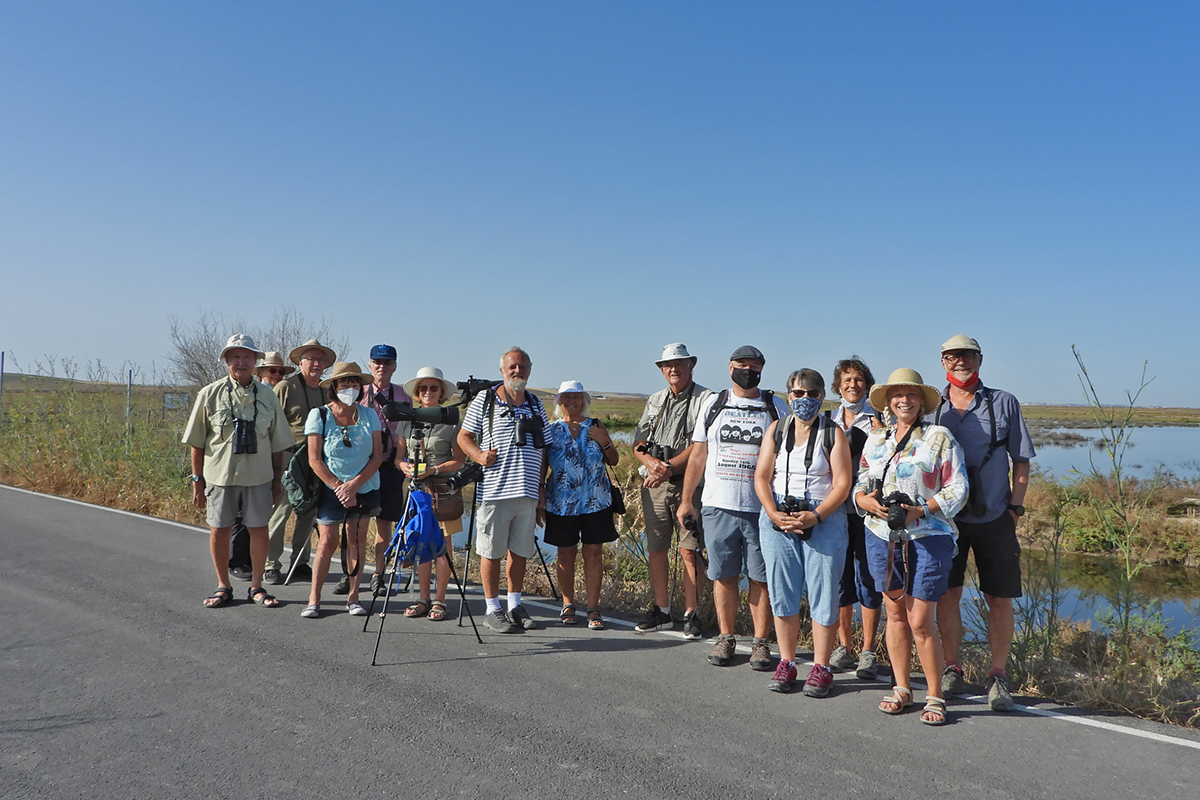 Fifteen members met at Bar Angela in Trebujena on what promised to be a hot day’s birding, in every sense. We drove out of town into the flat plains bordering the Rio Guadalquivir. These plains are vast stretching from just south of Seville to near Sanlucar, over 80kms long and up to 10kms wide, without a single tarmac road, although there is a great deal of heavy goods traffic as the area is intense agriculture and the produce has to get to the numerous refineries dotted around the plains.

We drove to a new nature reserve, opposite Taverna Manegodor. The reserve was closed as it was the breeding time for Marbled Teal. Unfortunately they had all fledged and flown elsewhere, but there was  still sufficient birdlife to keep our attention.  Red Crested Pochard, Spoonbill, Glossy Ibis, Honey Buzzard, and 18 other wetland species.

Now we left tarmac and drove to the river before turning north for about 18kms. During this drive we were either running alongside the river or just inland, separated by  a 100mtrs or so of open woodland, bushes and a shallow channel. Here we had great views of a family of Little Bittern flying around the bushes, Purple Heron, and a colony of Night Herons. A Water Rail also showed its briefly. 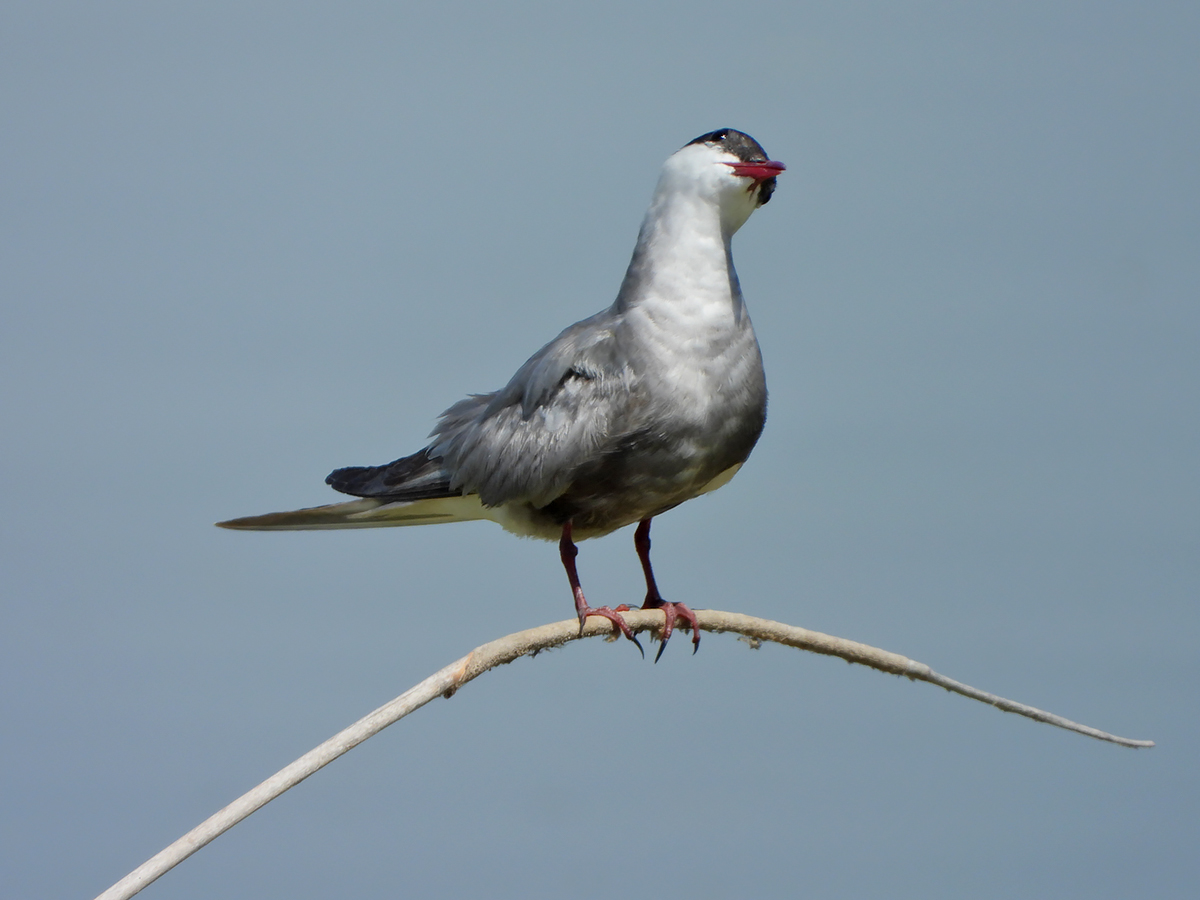 By now it was lunchtime and we stopped right on the banks of the river, under these trees. Red-rumped and Barn Swallows, Swifts and Bee-Eaters were gathering for their migration. Here we also saw White Stork, Cattle and Little Egret, but there was little flying along the river which was a bit disappointing.

Then we hit the track again going about another 18kms to the Brazo del Este nature reserve. This was fantastic. The reserve contains many small shallow lakes, surrounded by low bushes and reeds. To start with was a large group of Collared Pratincole, then we saw many Whiskered Terns flying around, then discovered their nests on a nearby lake. Their nests are floating and made of reeds etc and blow about all over the lake depending on wind direction. Purple Gallinule and Gull-billed Terns were also seen, but the highlight was kept until the last. 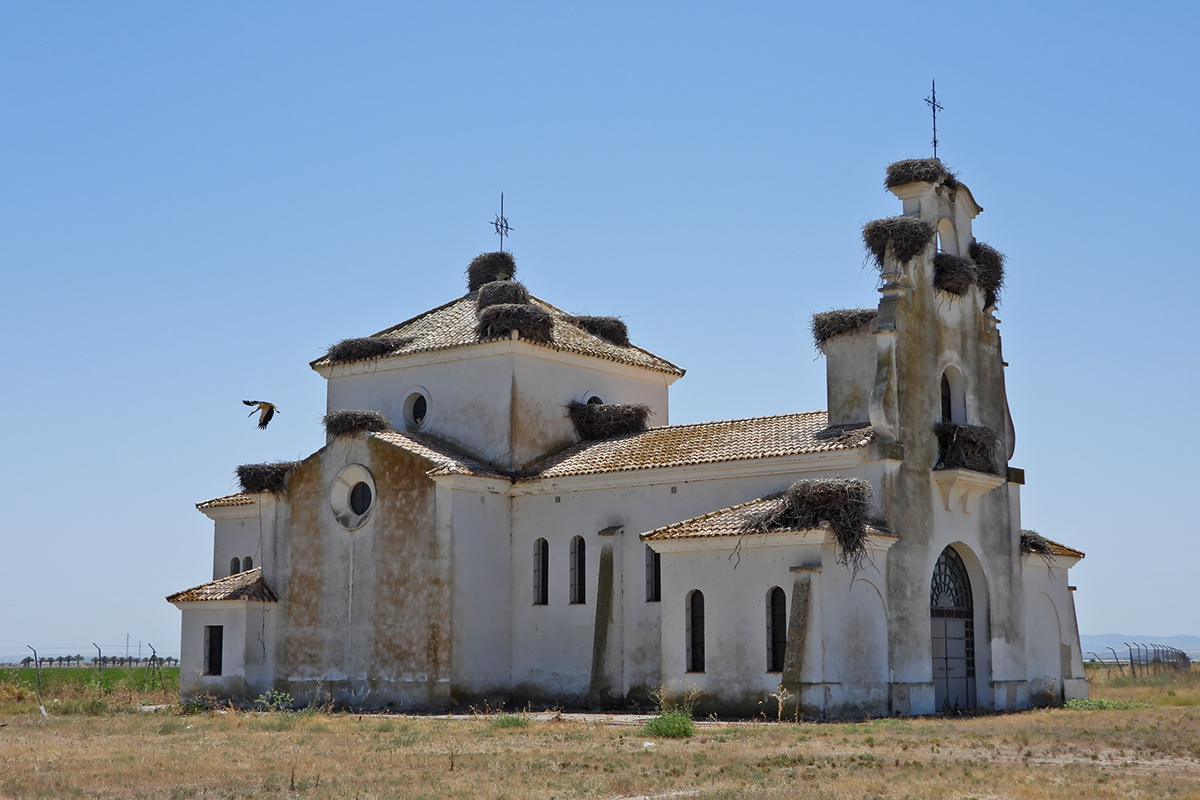 Even though temperatures were beginning to hit the high 30’s with a hairdryer wind we moved towards the end of the reserve and on the opposite side to the reserve was an unassuming clump of papyrus grass around a small bush. Somebody saw a little bird flitting around and upon closer inspection a hanging nest was spotted.  It turned out to be the nest of a Black Headed Weaver and several photographers got excellent shots of the male. Then out came a Reed Warbler followed by a Melodious Warbler.

By now it  was time to leave as some members had several hours drive home. In total we had seen 45 species. 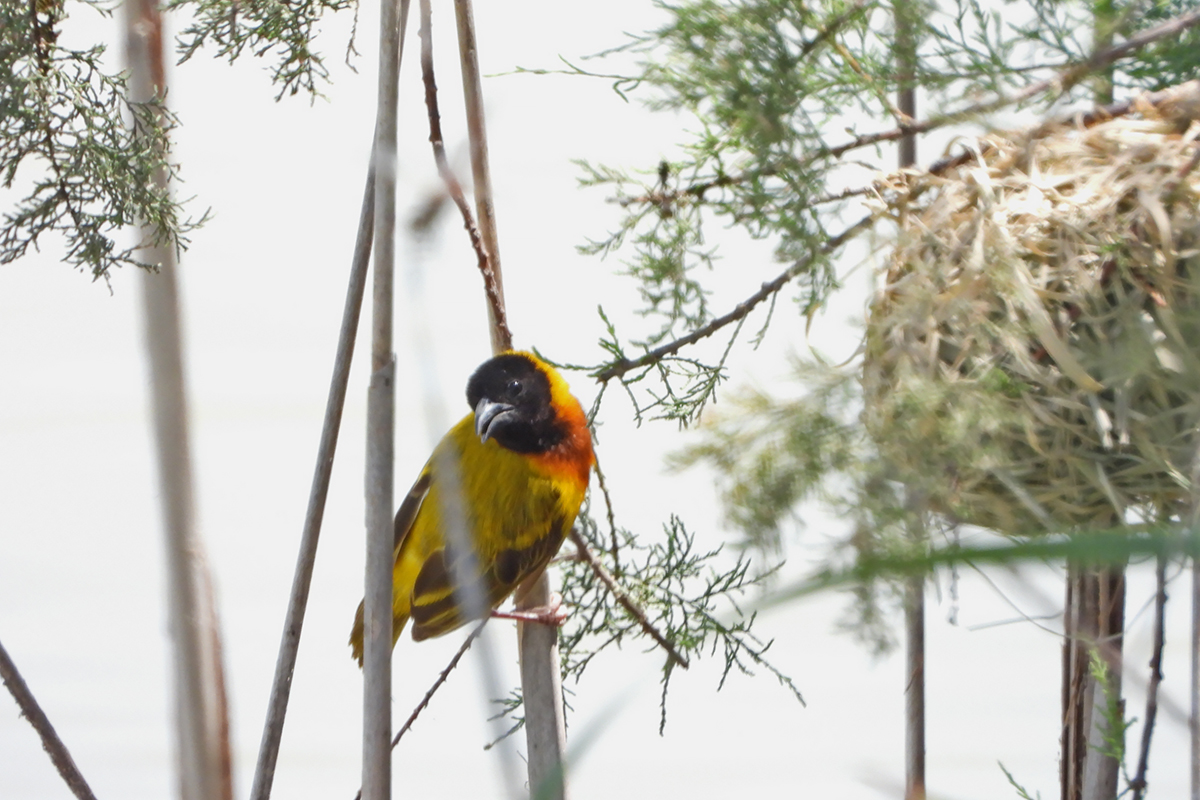 Three of us stayed locally overnight and went the next day looking for a very special bird in a location where unfortunately only 1 car at a time could go. Our guide Frank had pointed out this area just outside Trebujena on the road we had taken the previous day. We found the track named ‘Camino del Indianna’ which winds through vineyards. Within minutes, there it was, singing right out in the open. A Rufous Bush Robin. It stayed singing for a long time and we subsequently learnt it was breeding amongst the vines.

Then on our way back to the road we saw a Montagu’s Harrier.

A wonderful end to a really excellent Field Meeting and a great ‘Thank You’ to our superb guide, Frank Hair.