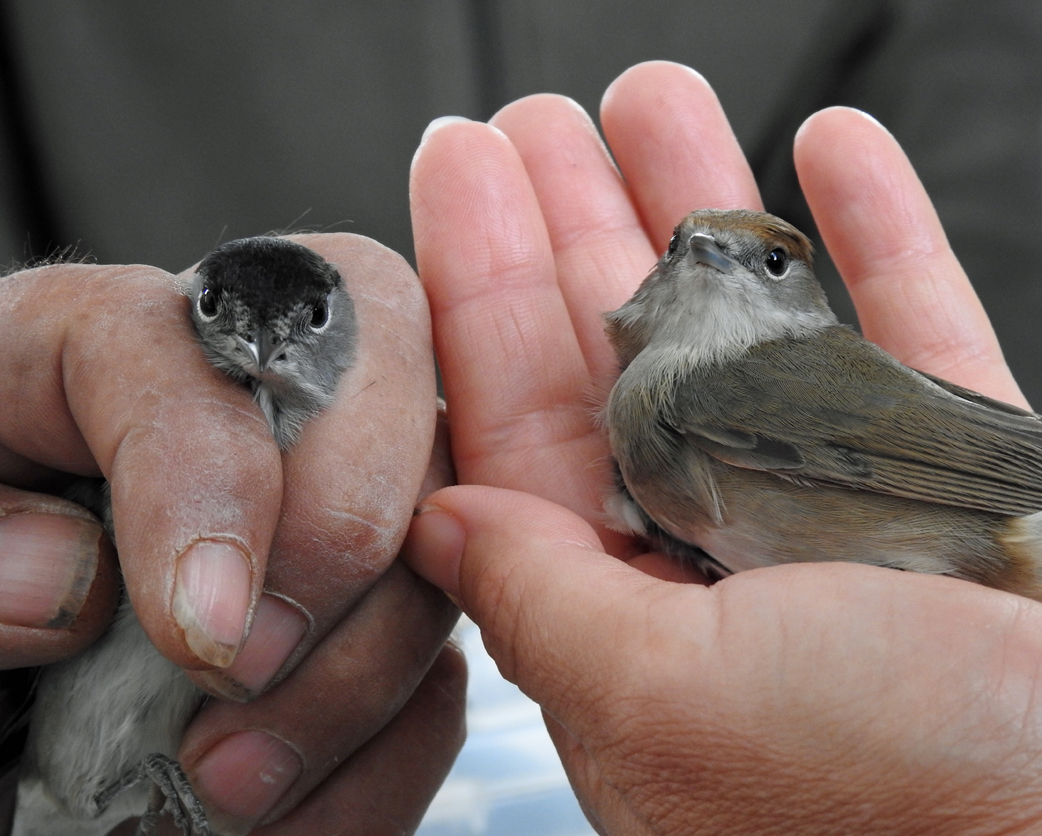 Twelve ABS members met up with Frank, our leader for the day at 7.30 am. in a car park on the Via Verde near Olvera. And so it was still dark when we set out to walk the two kilometres to the Penon Zaframagon visitor centre.

We were met by Fernando Gavilon Lopez, who guided us through a bird ringing session.

After catching some birds in the mist nets, which had been erected for an hour or so, he transferred them to separate net baskets, taking them out one by one to ring and after making a note against each ring number, we released them unharmed to continue their migration.Some of these birds were resident in the locality.

The birds ringed consisted of 50+ Blackcaps, 1 Sardinian Warbler, 1 Garden Warbler, 2 Blackbirds and 1 Song Thrush. It was interesting to note that none of these birds had been ringed before, indicating that they were mainly this year’s young. He could also determine their age by the wing feathers.

Fernando informed us that the previous day he had ringed 500 Blackcaps of which only one had been previously been ringed in the UK.

It was fascinating to spend time with Fernando, who is so dedicated in keeping records, which he has been doing for more than thirty years. As he so deftly and gently performed the ringing process, he allowed each of the members to handle one of the birds and it was lovely to see them fly off as they recovered.

Many thanks to Frank and Fernando for a really interesting and enjoyable day in a lovely location. Pauline Horton ABS Member