Twenty seven members of the Society met in the mirador car park above Ventas de Zaffarraya at 09:30 on the morning after the coldest night of the year in the area.  Some members had been caught out and others were wrapped up in many layers of clothing.  It was lovely to see so many interested birders and we soon got ourselves organised including searching the cars for extra clothing. We set off on stage one of the days birding, walking from the car park along an old railway track, which followed the side of the mountain and back to the car park.  And, by jove, it seemed to get even colder as we started our walk towards the tunnel into the sun beyond. 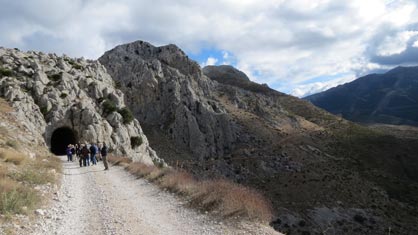 We had already recorded White Wagtail, Thekla Lark, Collared and Rock Dove, not to mention numerous Black Redstarts and a single male Blackcap as we were standing around the meeting point.  We were greeted by more Black Redstarts and the first of many Blue Rock Thrushes, Stonechats, as we approached the railway tunnel. We were all pleased when we also spotted a magnificent Peregrine Falcon flying above us. However, we only had a single Black Wheatear before the tunnel and only one more on the other side but as we returned to the cars further individuals were seen.  On the other side of the tunnel we also found Meadow Pipit perched on the wires above and there were a small number feeding on the grass of the slopes below the tall crags that towered above us. In a small pool in the fields below us we spotted a Little Egret feeding. Other great birds we recorded included Wren, Sardinian and Dartford Warblers, Great Tit, Blue Tit, Greenfinch, Linnet a number of Stonechat, Crag Martins in, out and around the tunnel and a final total of eight Griffon Vultures drifted over.  However, the best sighting, and probably the “bird of the day”  was an Alpine Accentor, even better than the Ring Ouzel seen by some of the members.  Following a distant sighting on the cliff face before the tunnel, as we started our return walk most were surprised and privileged to then find another Alpine Accentor on the rocks immediately to the right and within ten metres.  Then add on a couple of Chough seen at the very top of the towering crag, a couple of Northern Wheatears, Rock Sparrow and Bunting on the slopes, another fly-over Peregrine Falcon, and a Sparrowhawk seen on the other side of the valley, and we really had been treated well.
As well as this feast of birds we were also fortunate to watch several Ibex on the crags above us.
On returning to the car park we attempted to reduce the number of cars we were taking on the next stages of the Field Meeting because we wanted to have the convoy as small as possible.  Eventually the convoy moved off to visit arable fields on the other side of Ventas de Zafarraya.  Here we recorded charms of Goldfinches plus Serins and Corn Buntings, before our successful search for both Calandra and Lesser Short-toed Lark was achieved.  We even recorded a couple of Sky Larks, saw both Common and Lesser Kestrel and another Peregrine Falcon along with House Sparrows and Spotless Starling.  Not long after mid-day and we had recorded five species of lark as we added both Thekla and Crested Lark to our growing list.  As we left the arable fields a Common Magpie flew over. 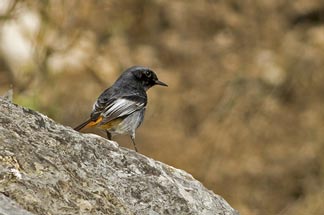 We next drove through the “Magpie Woods” on our way to the pantaneta above Alhama de Granada. At the Magpie Woods we had a short stop to scan the countryside around us and most recorded Azure-winged Magpie, Mistles Thrushes, Red-legged Partridge, Robin and Chaffinch.  Flocks of Goldfinch and Brambling were also seen in this area.
Between Magpie Woods and the pantaneta above Alhama de Granada we managed to lose three cars towards the rear of our ten-car convoy, an unfortunate problem of long convoys.  For those who reached the small laguna, very useful for warming coffee and much appreciated facilities, we recorded Moorhen and Coot along with Little Grebe, Mallard, Shoveler and Pochard on the water.  A Cetti’s Warbler dashed past below the hide and a Reed Bunting appeared among the reeds at the edge of the laguna.  A little later a short walk to the adjoining spinney produced Coal and Long-tailed Tit, Firecrest and Short-toed Treecreeper.  On the outskirts we also had three Grey Herons, Wood Pigeon and a couple of Song Thrushes along with the expected Blackbird. 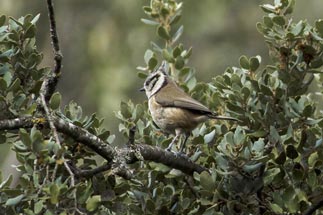 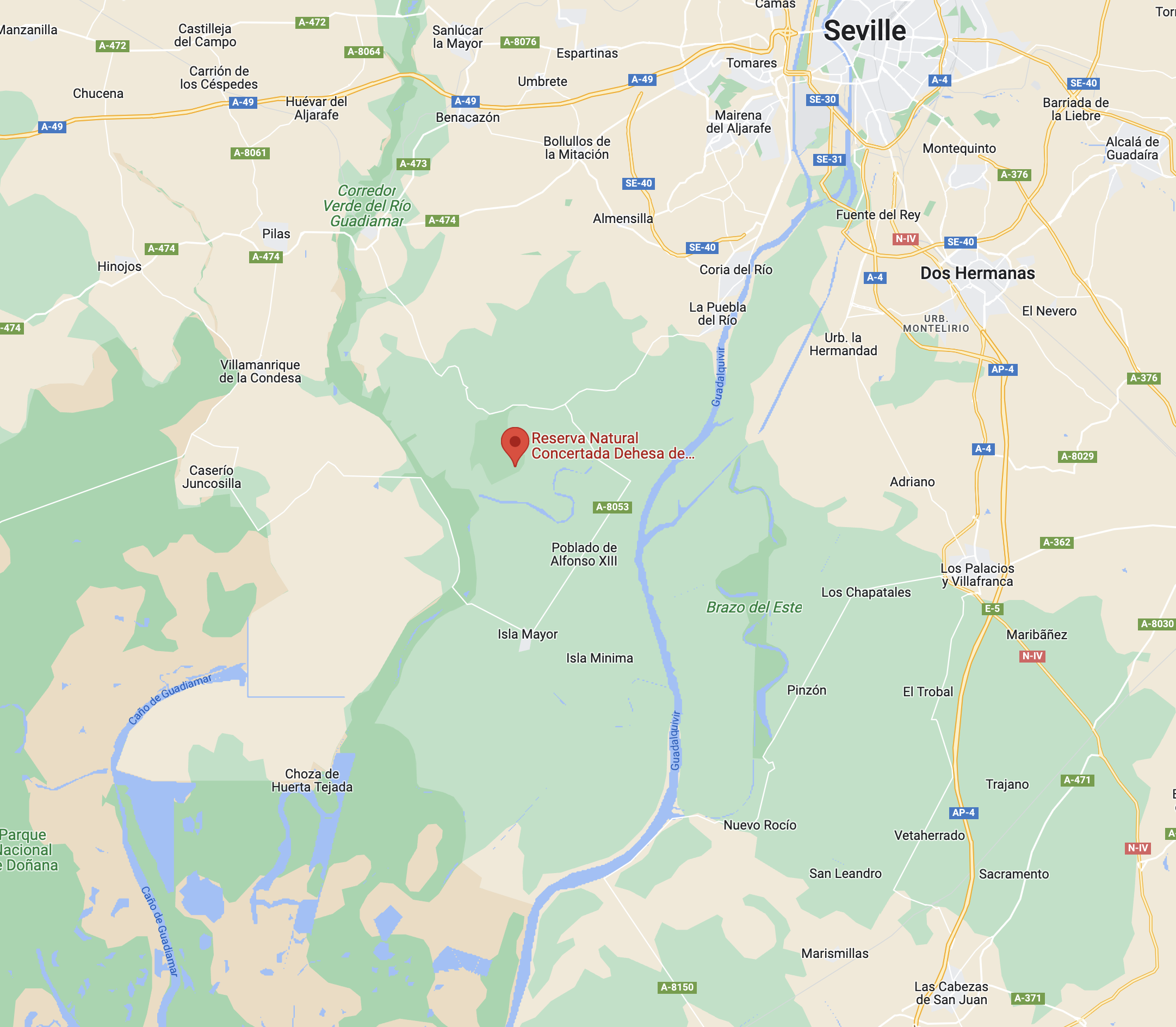 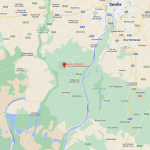