A record day with 79 species.

The group met at 10:00 at Venta Puenta Palos on the A451, the road between El Saucejo and Osuna, about 11km south of Osuna. It was a lovely sunny morning and the sunshine remained for the whole day.

The list for the day started at the Venta with Blue Tit, nesting in an Olive tree in the car park, Wood Pigeon, Red-rumped Swallow and Turtle Dove. 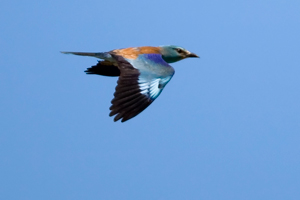 After morning coffee we drove in convoy to Osuna and followed the road from Osuna to Marchena that follows the railway track.  From this road we ventured into farmland following farm tracks and visiting several ruined farmsteads.  In this very rural area we saw lots of Crested Lark, several Calandra Lark and Short-toed Lark, a Skylark, a Stone Curlew (recent road kill), about one hundred Lesser Kestrel in two large colonies, about twenty European Roller, a couple of Hoopoe, a Little Owl, several Montagu’s Harrier, several Common Raven, about fifty Black Kite (a lot of them on the ground in stubble fields), a Black-winged Kite, a Booted Eagle, a Short-toed Snake Eagle, a Common Buzzard, three Griffon Vulture gliding overhead, a Red-legged Partridge, several House Sparrow, several Spanish Sparrow, a couple of Collared Dove, several Turtle Dove, 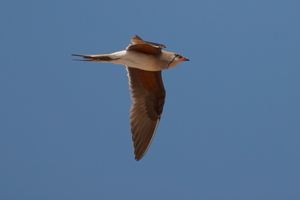 a flock of about ten European Bee-eaters, a Woodchat Shrike, a Southern Grey Shrike, a Collared Pratincole feeding on insects, a Linnet, a Melodious Warbler, a Sardinian Warbler, lots of Swallow, a lesser number of Red-rumped Swallow, quite a few Common Swift, several Goldfinch, a Chaffinch, a Linnet, a Blackbird, a Serin, flocks of Spotless Starling, a couple of flocks of Rock Dove and we also saw a small flock of wild Peacocks, which we decided not to include in the list.

At around 13:30 we went for lunch in La Lantejuela, which lasted about two hours as Spanish lunches do.  This was followed by the AGM where all the officers of the society were elected without objection. 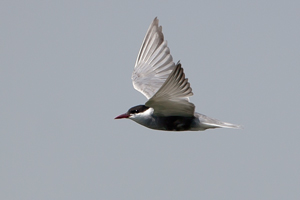 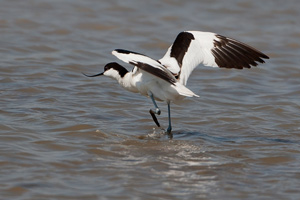 Common Pochard and Red Crested Pochard, several Mallard with ducklings, a few Gadwall with ducklings, a Moorhen, a couple of Purple Swamphen with young, a lot of Eurasian Coots with juveniles at various ages, a couple of Little and Cattle Egrets, a Little Ringed Plover, a Ringed Plover, thirty to forty Kentish Plover, fifteen to twenty Black-winged Stilts, about twenty Avocet, a Great Crested Grebe, a couple of Little Grebe, a Lapwing, a small group of White Stork gliding overhead, a small number of Black-tailed Godwit, two Redshank, two Common Shelduck, and a Common Sandpiper.
Driving back through Osuna to Venta Puenta Palos with also saw a number of Pallid Swift and House Martins.  We had a well earned beer at the Venta before saying our goodbyes at about 19:00.

A big thank you to Frank, our field trip leader, for a well organised day.  Also a thank you to Peter Jones for the work he put into the AGM and for keeping the actual meeting time to about five minutes.