There was a good turnout for our October 2010 Field Meeting with a total of 19 members joining us, braving the grey clouds in the hope of seeing some of the newly arrived winter migrants as well as the rich variety of resident species.  It was especially nice to be able to welcome another new Spanish member, Pepe, who had arisen at 6am and driven all the way over from Cadiz.
Having firstly overwhelmed the small local venta (Venta El Hondon) with demands for breakfast we set off driving through some spectacular scenery.  All in all a very pleasant and rewarding trip with even the weather holding off to allow us to stay dry and comfortable and thus satisfied with our morning we returned to the venta for a tasty and filling “menu del dia” to equally satiate our stomachs. Always hungry work birding! 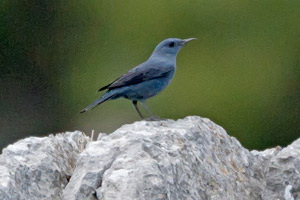 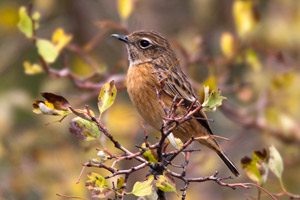 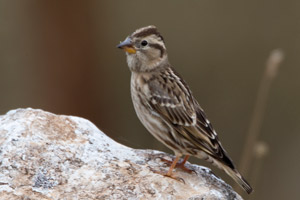 Sardinian Warbler, Sylvia melanocephala, Curruca Cabecinegra – We heard about 10 birds calling from thick shrubs and scrub during the trip.  We also saw one adult male flying from cover to cover.
House Sparrow, Passer domesticus, Gorrión Común – As we were leaving Montejaque there was a flock containing three adult males and five adult females.
Rock Dove, Columba livia, Paloma Bravía – We saw a flock containing 21 adult birds.  Some birds were perched on ledges on a vertical cliff face and others were flying in front of the cliff face.
Rock Sparrow, Petronia petronia, Gorrión Chillón – A large flock of about 50 Rock Sparrows (Gorrión Chillón) was apparent on the way up to the pond but they’d headed off to some other area by the time we returned so unfortunately they were not seen by all members.
Black Wheatear, Oenanthe leucura, Collalba Negra – Two adult birds were seen separately, perched on rocks beside the track.

Birds seen on the day 29 species