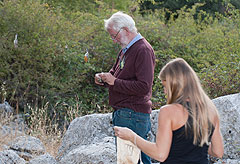 Our August 2011 Field Meeting was a weekend’s ringing in the high woodlands of the Sierra de Libar.  The programme began successfully with the Saturday morning session allowing for many elusive warbler species to be seen, at close quarters and in the hand.  I hope all those, over twenty members, enjoyed the experience and it was particularly pleasing to welcome young children. 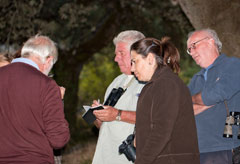 It was priceless to watch young children’s faces as they were able to gently touch birds and see the birds so close, they were also asking plenty of questions!  I am sure the experience will last for a long time in their memory and hopefully increase their interest in birds.

A collection of some of the species ringed during the Saturday of our weekend meeting. 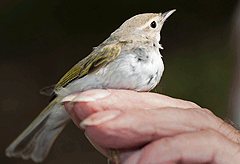 Bonelli’s Warbler. We failed to catch more than this individual as most had already departed south. 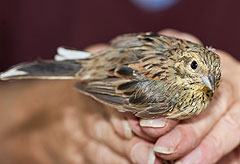 Cirl Bunting (juvenile male). One of several ringed on the day. 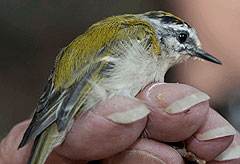 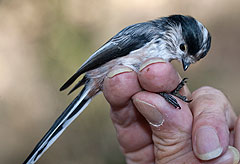 Long-tailed Tit. A great favourite with the children! 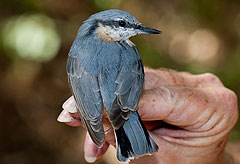 Nuthatch. Popular species with everyone and the concensus was they appear brighter coloured than those in N.Europe. 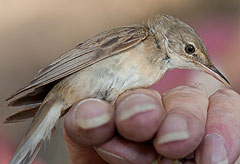 Reed Warbler. The real surprise of the day considering we were in the middle of dense mature woodland! 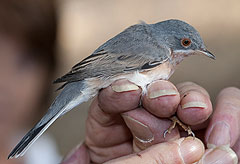 Sub-alpine Warbler. My target species for the day and we ringed over 20… 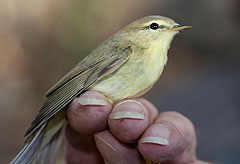 Willow Warbler. The early birds passing through tend to be the smaller southern race based on biometric evidence.