Wheatears are an Old World family of chats in the genus Oenanthe, widely distributed throughout Europe, Africa and Asia, though one species, Northern Wheatear O. oenanthe is a long distance migrant with breeding populations in NW and NE North America. In all there are (depending on taxonomic distinctions) 22 species, three of which occur in Andalucia they are Northern, Black O. leucura and Black-eared  Wheatear O. hispanica and for one of these, the Black Wheatear the province supports a large part of both the Spanish and world population.

Like all wheatears they have either brightly coloured or distinctively marked plumages and are most easily identified in flight when showing the white rump and tail pattern with a black tip and central tail feathers forming an inverted T. The Black Wheatear could be said, as its name suggests, to be the dullest or most uniformly marked of the family as it is almost entirely sooty black but shares the same tail pattern with the rest of the family. All wheatears are largely insectivorous feeding on both adult and larvae and some fruit but mainly ants, beetles and grasshoppers, moths and small butterflies, Black Wheatears being the slightly larger of the three, have also been known to take small scorpions and lizards. They feed by a watch and wait method perching either prominently on a high vantage point and drop on to passing prey (a strategy also known as perch and pounce) or by running or dashing over open ground and around rocks and under bushes.

Black Wheatears are resident or sedentary but the Northern and Black-eared are summer migrants arriving back from mid to late March (occasionally earlier in some years) and returning to their wintering areas mainly (or entirely for Black-eared) south of the Sahara in September and early October. All three breed in Andalucia but only the Black and Black-eared are fairly common or most easily found in summer, Northern Wheatears are mainly migrants which arrive in late February and mainly quickly pass through the region with only a few remaining to breed in the high parts of the Sierra Nevada, Sierra de las Nieves etc. Like many other species there have been notable declines in the populations of all three species in recent years.

Within Andalucia all three have a southern and eastern distribution extending from arid areas of the Sierras of the southern Betic Range to the Sierra Nevada, though both Black and Black-eared occur down to sea level. These two are mainly found in open areas of hillsides and valleys with sparse bushes and thorn scrub vegetation ranging from cliffs, scree slopes to river gorges and in rock-strewn valleys. Black Wheatears also have a preference for man-made structures such as castles, ruins and abandoned buildings. Black-eared Wheatears are also found on low grassy hills and steppe regions including stony fields and edges of pasture to open dehesas or occasionally edges of light woodland.

Migrant Northern Wheatears can occur almost anywhere but are most often on coastal lowlands and headlands sometimes often in high numbers known as ‘falls’ or concentrated arrivals of birds stopping off temporarily for a day or two before moving on to more distant breeding areas (some of these may include birds of the race leucorhoa which breed in NE Canada). Breeding Northern Wheatears in Andalucia are found in the open, arid areas of the Sierra Nevada and other high mountain areas above 850m with birds reaching progressively higher levels, to about 3400m, as they follow the summer melt of snow.

All wheatears are territorial and traditionally hole-nesters, usually in an earth bank, wall, rocky crevice or under boulders, loose scree or occasionally beneath dense vegetation. Black Wheatears also place their nests in caves, ruins or old buildings whilst Northern Wheatears in Asia also share their nesting burrow with rabbits or rodents such as marmots or pikas or in northern Europe breeding seabirds such Atlantic Puffins and Manx Shearwaters. One of the characteristic signs of a wheatear nesting site, particularly or best exemplified by Black Wheatears, is the entrance to the nest is marked by a base or platform of twigs or stones often white in colour and placed at or below the entrance to the nest (in some cases often several feet below a vertical entrance). Some stones carried by Black Wheatears can weigh up to 28g – approximately two-thirds the weight of the bird– and as the Black Wheatear is a traditional nester, often using the same site in successive years, these platforms may number several hundreds or even thousands of stones. Black-eared and Northern Wheatears by comparison have less elaborate entrances usually marked by small twigs, dry grasses or decaying vegetation and the nests are rarely used in successive years.

The breeding season usually begins in late March or early April for Black-eared and Northern Wheatears, for some this is only a matter of days after arriving back from the wintering areas with the males setting up and defending the breeding territory about a week to ten days ahead of the returning females. For the Black Wheatear being largely resident the season may begin a little earlier in early March (in N Africa active nests have been found in January) and unusually (for wheatears) the nest is constructed by both the male and female – the female alone does the work in both Black-eared and Northern Wheatears.  Most Spanish breeding Black and Black-eared Wheatears have two broods (and three is not unknown in Black Wheatear) only Northern Wheatear has just a single brood, which for some high altitude nesters may not fledge until August – a time when other populations are undergoing a post-breeding moult or even moving south towards wintering areas.

Black Wheatears frequently have large territories which are occupied throughout the year, but in winter are often absent through local wanderings or possibly just inconspicuous, and is only most noticeable (and territory size determined) during the breeding season when the territory is aggressively defended by the male who drives off intruders such as the other wheatears as well as larger birds such as Rock Monticola saxatilis and Blue Rock Thrushes M. solitarius. Pairs of Black Wheatears may mate for life whereas in both Black-eared and Northern Wheatears the pair bond usually lasts for the duration of the breeding season, though some Northern Wheatear pairs have wintered together in the same area and reformed as a pair the following season.

In addition to these three breeding wheatears, there have been exceptional records of vagrant wheatears in Andalucia. There are two old records of Isabelline Wheatear O. isabellina at Tarifa in autumn 1972 and another in autumn 1974. Desert Wheatears O. deserti have also occurred more than once, most recently one wintered at Cabo De Gata, Almeria from mid-December 2011 to February 2012 and, possibly the rarest of them all in European terms, an adult and immature White-crowned Wheatear O. leucopyga were seen on the Coto Doñana one day in May 1977. 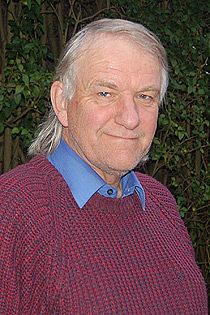 Note: Peter Clement is a professional ornithologist and author. Originally from Sussex, where he retains a great love of the South Downs, he now lives in East Anglia and has recently retired from working for Natural England. Peter has been interested in birds and wildlife ever since he can remember and has travelled widely in Europe, Africa, Asia and North America. Peter is also an acclaimed author of several ornithological monographs including ‘Thrushes of the world’, ‘Robins and Chats’, ‘Finches and Sparrows’ and ‘The Chiffchaff’. His other interests include mammals (especially those in Europe) and helping others to enjoy wildlife.