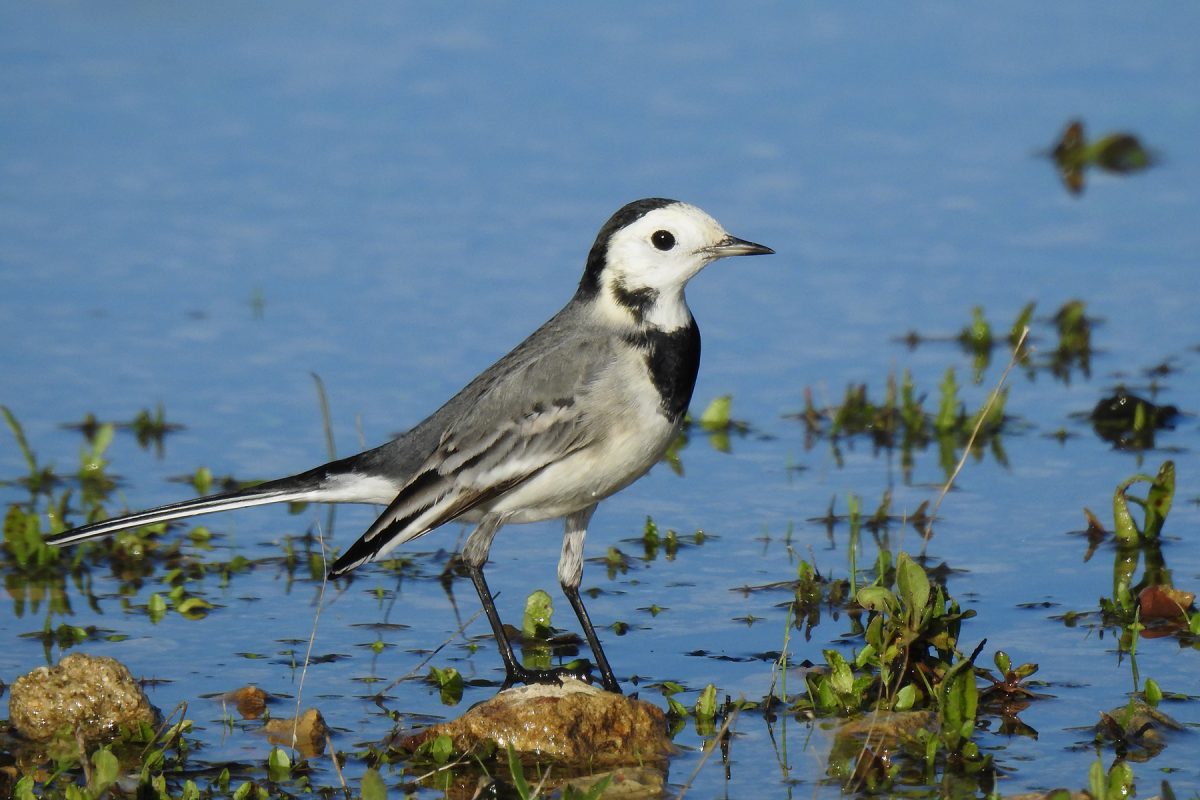 Wintering birds in the Serranía de Ronda increased as temperatures in northern Spain plummeted. An annual event here, with many birds finding refuge in the temperate areas surrounding the southern most outpost of the Baetic System of mountain ranges. Involved as I am in a winter survey of birds here, one of the most commonly encountered species is the White Wagtail Motacilla alba alba. Surprisingly widespread, even at higher elevations, this enigmatic bird has to be one of the most attractive and entertaining of our annual visitors.

We have a small breeding population here, but they are scarce and at times hard to locate. In contrast, they are among the most common of wintering birds and passage migrants. Summer’s end and early autumn see huge numbers arriving to these parts, no coincidence that this mass arrival coincides with the cultivation of cereal and other cropped fields, most of which had been fallow for the greater part of July and August. It is a common sight to see several hundred birds following the plough and feasting on exposed worms and the many species of beetle larvae. Many of these birds will continue to journey south and winter in North Africa, but as autumn progresses so too will numbers increase of those birds choosing to winter here. 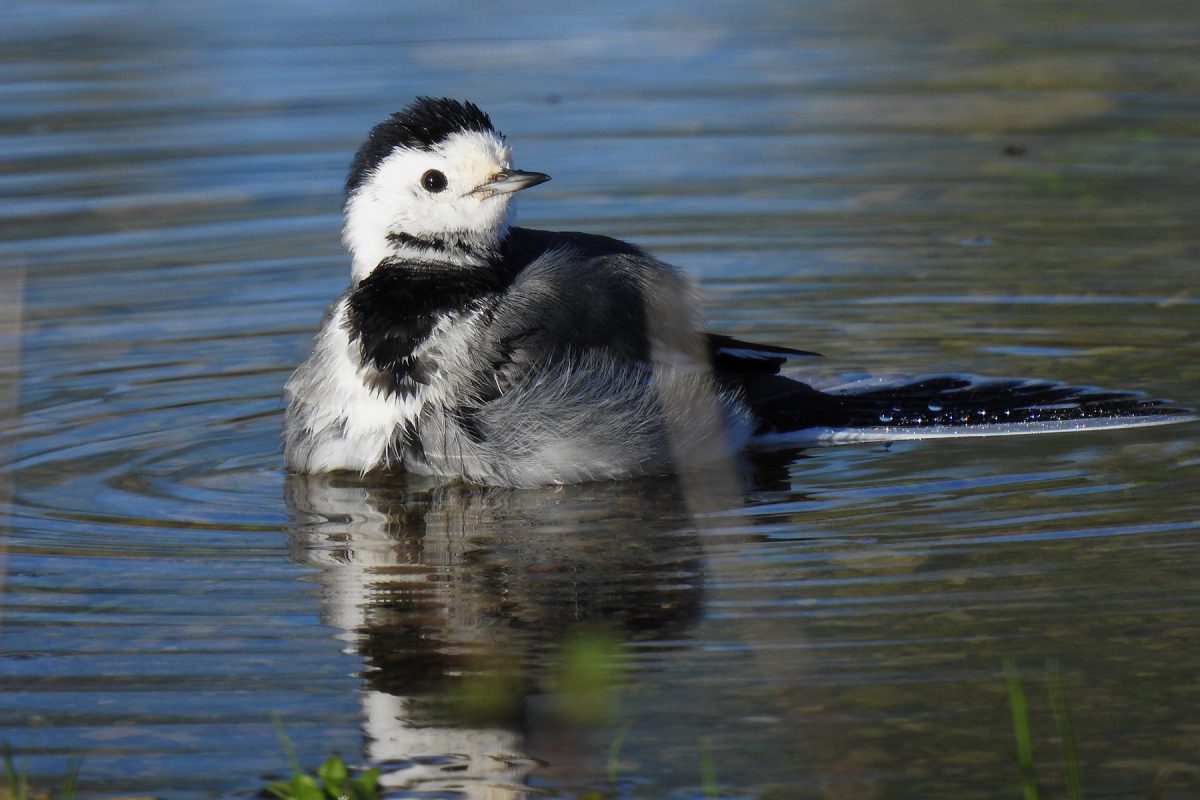 Wintering birds tend to be social and gather together on favoured feeding grounds, these are mostly open cultivated areas, but also they frequent pasture, upland scrub and open woodlands with grassland as an understory, olive groves are also much favoured. Of course their habit of attending communal roosting sites, allows for a more accurate way to assess and count numbers of birds during winter. The prerequisite to roosting is the need to drink and bathe. One of the most enjoyable experiences of following these birds is to watch them gather at traditional bathing areas. They were my comic relief on cold and late afternoons, I can only admire their diligence with the bathing and attention to each feather during temperatures that keep most of us behind a car window or cowered by a our fire sides.

As winter settles into the familiar and somewhat local pattern of cold nights and temperate days, our birds can be found more thinly spread throughout the mountain valleys and cultivated areas, reflecting the need to search more widely for diminishing insect life. Although insectivores, wagtails have a preference for insects, it is notable during the months December through to February, that they can be more commonly encountered on pastures and tracks where verges produce a plentiful supply of seeds, plus longer grasses holding a good population of spiders as another favoured food source. 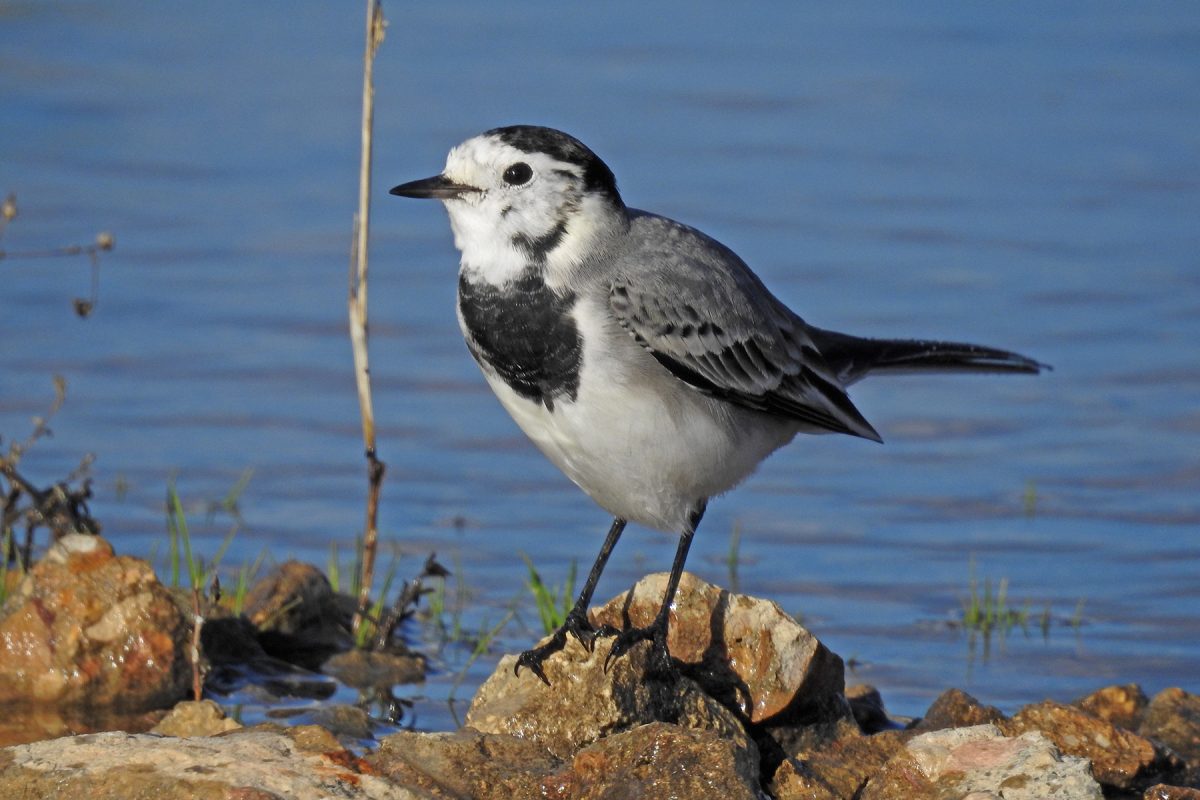 During the depths of our winter there is no discernable fluctuation in numbers, it is only during very cold weather do I witness a reduction and then only temporary as warmer weather sees their return. These colder periods most likely result in short distance dispersal, possibly altitudinal dispersal to lower and warmer elevations. Our wintering population normally drifts northwards during March and this spring migration is hardly noticeable as other birds are also returning from Africa. The absence of appreciable numbers only becomes apparent during the early part of April, when quite suddenly they have gone, then again it is also a time when Yellow Wagtail are returning in numbers and this tends to soften my disappointment.

Birds originating from Northern Europe are common winter visitors to the entire Mediterranean basin; many also winter in regions of Africa, some migrating sub Sahara. They also (largely birds from Finland) winter in Israel through to the Nile delta. Occasionally these large movements south bring the unexpected, such as Pied Wagtail M.a.yarrellii to our region. Likewise the northern return migration can and does produce yet another subspecies to our shores, the so-called Moroccan White Wagtail M.a.subpersonata. So keep checking those White Wagtails for these rare vagrants.