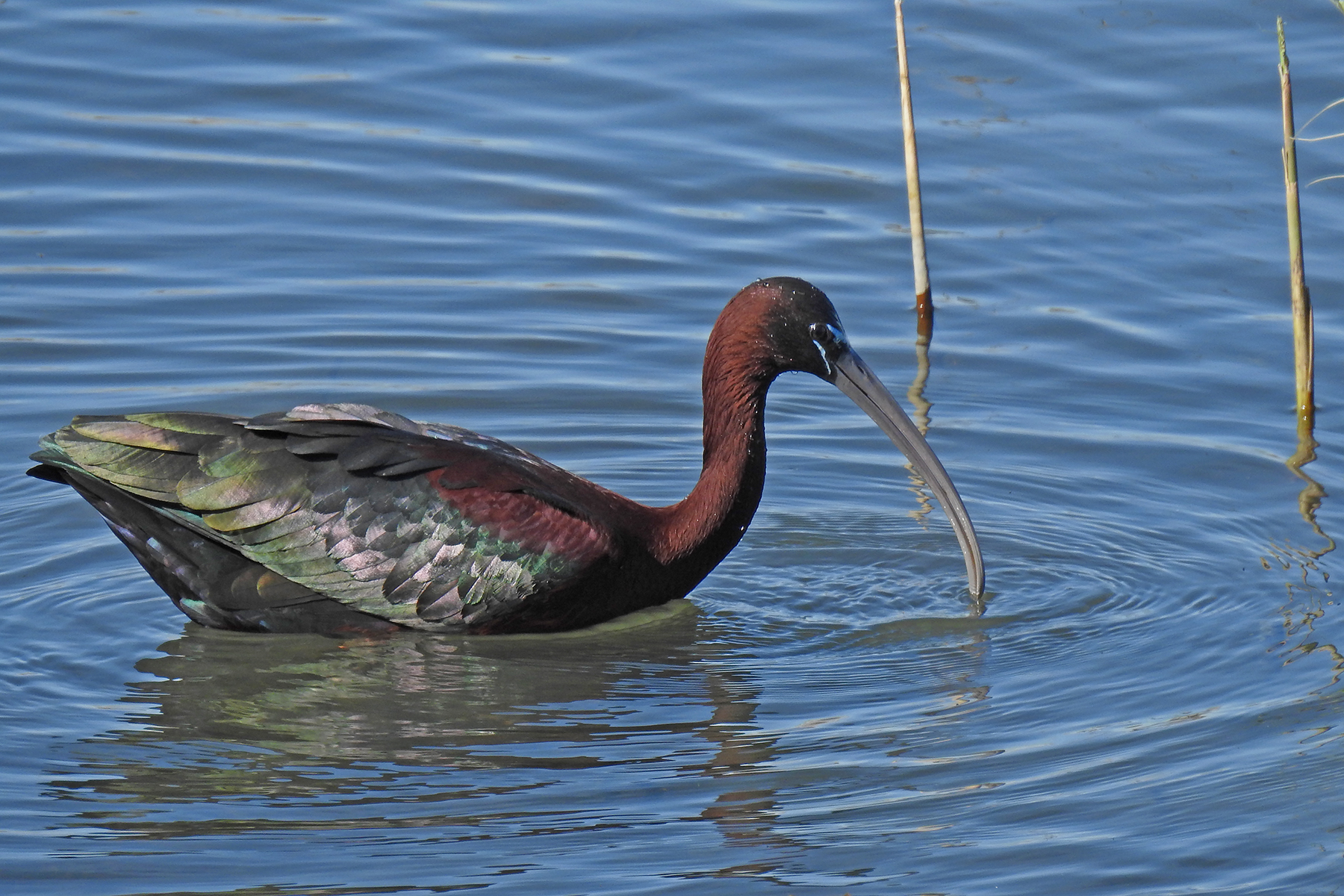 “It seems now we are all in a war zone, we are fighting on so many fronts to conserve and preserve what we have left, and yet this story of the Glossy Ibis should give us all hope that things can change for the better”.

I feel passionate about so many conservation issues, and of course ABS are involved at different levels with many of those. I have reached a point where I am trying to limit my involvement to those where I can make a real contribution or perhaps more correctly make a difference in some small way. The landscape in the world of environmental protection and conservation has changed so much since the seventies, when we were seeing some improvements, for instance in water quality. It seems now we are all in a war zone, we are fighting on so many fronts to conserve and preserve what we have left, and yet this story of the Glossy Ibis should give us all hope that things can change for the better.

Wetlands throughout the Mediterranean basin are under severe threat from multiple causes, and I guess this is an issue I feel most strongly about. Reclamation by agriculture, pressure from developers, pollution and deprivation of waters illegally extracted to irrigate industrial plantings of crops such as Olives and Avocados are causing increasing pressure on what remains of our valuable wetlands. Within our region of Andalucía, the unsustainable planting of more and more Olive trees is a huge problem that continues to further decimate already limited water sources, the resulting soil erosion is polluting and silting watercourses and eventually these are combining in reducing the biodiversity of many of the emblematic and most important wetlands within our region. 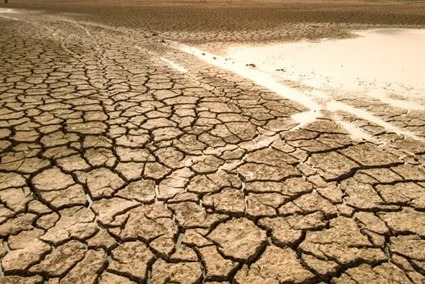 The importance of these wetlands cannot be overstated, not only are they important for the wealth of endemic plants, invertebrates and fauna, they are also among the most important for breeding and wintering birds, as well as being important staging areas for spring and autumn migrants. It isn’t possible to give a full account of the problems and actions necessary to address this ecological disaster due to lack of space here but suffice to say we are working with others to find a strategy that would address the issues and attract the support of the wider public throughout Andalucía. Perhaps using the depletion of water resources might be a way forward as this affects everyone of us living here.

One of the conundrums I see in the depletion of our wetlands and quite incredulously, is the increase and range expansion of birds we normally associate with our threatened wetland areas. A few of these that come to mind are Little and Cattle Egret, Great Egret together with other heron species. And yet, for me at least, the rapid increase in the numbers of Glossy Ibis is a story unrivalled in recent times and together with their spread across Europe it is a fascinating and uplifting success story. 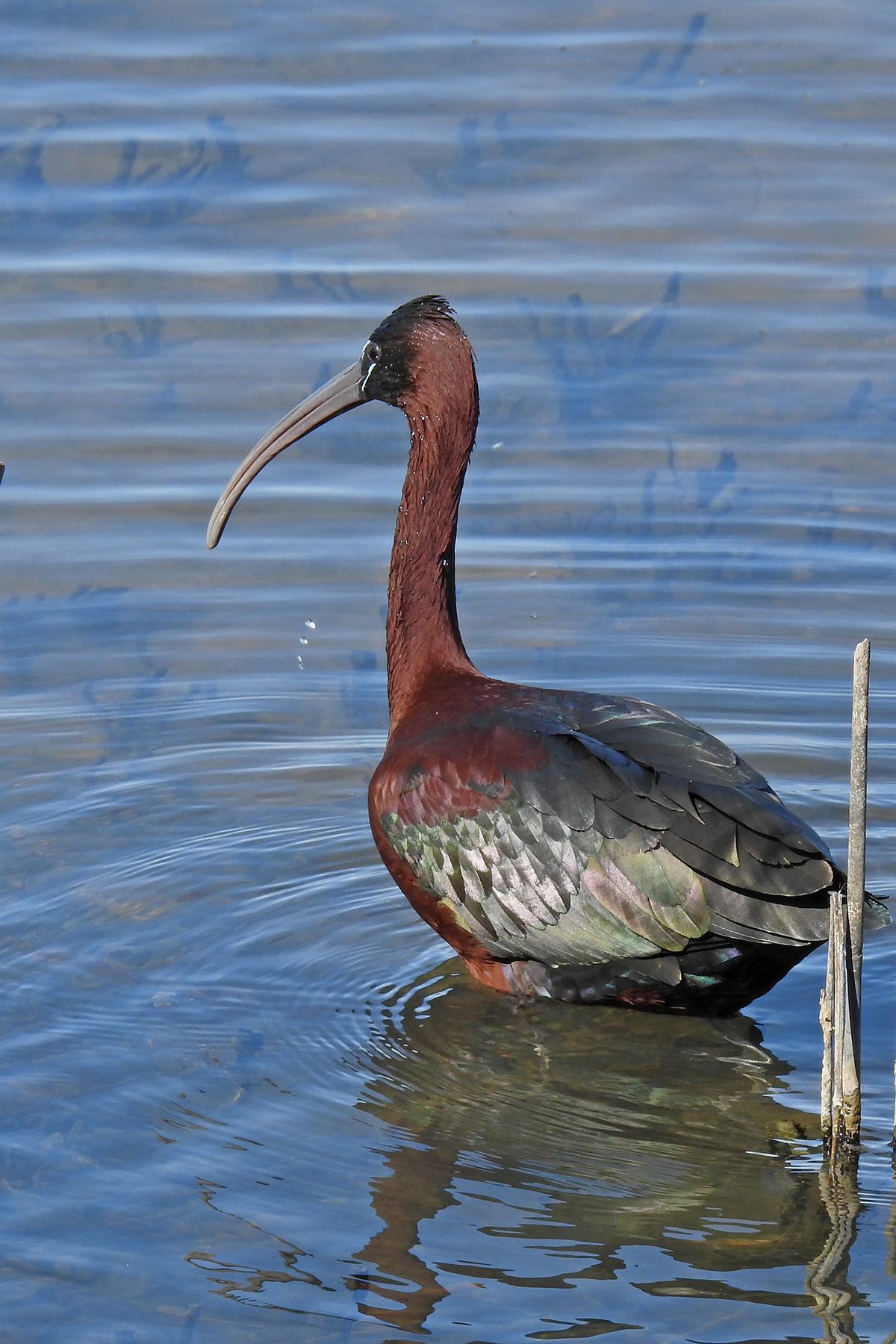 You don’t have to go back very far in the history and status of our regional birds to realise just how remarkable a success story this has been for Glossy Ibis. By the early 1980s this bird had declined to such a degree as to be officially classified as extinct as a breeding bird and the only sightings were of birds on passage and some wintering, probably birds from the south-eastern European stronghold in the Ukraine, Bulgaria and Romania. In fact, the last known breeding took place prior to the 1940s. It wasn’t until 1993 that a few pairs successfully bred in the Valencia province and subsequently returned to some favoured and traditional breeding areas such as at Doñana.

During a period during the 1960s, 1970s and early 1980s, birds were only seen on a few occasions and then sporadically. In the period 1981 to 1994 only 105 records of sightings were recorded for the whole of Spain and almost all these records were made during the autumn August to December. It is widely believed these autumn sightings suggested birds were exclusively passage migrants. Furthermore, these records totalled 351 individuals and comprised of individual birds and some flocks of 10 or more birds, with a maximum of only 24 being seen together.

From around the late 1980s small groups of birds were sighted all year round in the Doñana, but severe drought from 1991 through to 1995 apparently prevented breeding. During 1996 breeding was proven in the Doñana national park and this increased in the number of pairs and by 2007 five separate colonies had been established. In 2005 a small colony, comprising of 4 pairs, was found at Brazo del Este on the outskirts of the national park. The Spanish population was censused in 2007 and this showed 96% of the population was concentrated at Doñana and showed a rapid expansion since their establishment. This increase was slowed by yet another severe drought period, which saw hardly any pairs nesting, during 1999 to 2005. However, subsequent favourable conditions showed a rapid increase and in the Doñana alone around 5,300 pairs bred during 2010.

The resurgence in the Spanish population has been amazing and continues to this day. Breeding has spread to other areas away from Doñana and into other areas of Spain. A great many birds have been ringed and apart from the normal metal ring, they have also been ringed with coloured plastic field readable marks. The ringing programme has produced some remarkable sightings, in particular some sightings in the UK of at least 50 individuals and small numbers are now recorded annually in the UK. Sightings of our birds are now commonplace throughout Europe and a few staggering reports have come from the Azores and even as far away as the Caribbean.

This success story is not only confined to the region’s breeding population, but now extends to the huge numbers of wintering birds. These wintering birds are not only confined to the more familiar and traditional sites such as Doñana but they can now be seen throughout the region. Whilst Glossy Ibis feed on aquatic insects such as Coleoptera and Odonata during the breeding season, rice fields are particularly important in the winter, especially during September to November months and the diet of split rice in flooded rice paddies has been a major factor in the recolonisation of Iberia by the species. Counts of 12,000 birds has been recorded and it is common to see flocks containing many hundreds of individuals.

It is refreshing and inspiring to be able to write a positive story involving the birds of Andalucía, there remains so many stories where other birds are decreasing and struggling to maintain viable populations here, but the rise of the Glossy Ibis can give us all hope. Given focus on habitat creation and maintenance, in such places as La Janda, we can witness how bird populations will recover if given an opportunity. Here at ABS we are doing as much as possible to support and be involved in not just conservation, but also preservation. With your help and membership, we hope to do more.