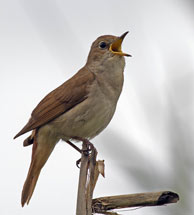 I am lucky enough to live near the pretty white village of Frigiliana which overlooks the sea from the foothills of the Axarquia, a region of high sierras, to the East of Malaga. As a boy I remember reading my “Observer’s Book of Birds” and thinking wistfully about such colourful species as the Hoopoe, Golden Oriole, Bee-eater and Roller. Well now I can enjoy watching them and many other delightful Andalucian birds from the comfort of my own home. Hoopoes sometimes perch on our terrace handrail. Golden Orioles move through on passage and are seen and heard in the trees behind our house. Bee-eaters are an everyday sight and sound in summer, and occasionally we catch sight of a Roller on its way north in spring.

My wife Elena is also a keen birder and we both enjoy being serenaded by the song of a resident Blue Rock thrush on most spring mornings. Crossbills frequent the pine trees behind our house and just this morning a pair of Turtle Doves perched on the terrace handrail. Short-toed Eagles are a regular sight overhead in summer as they seek out snakes in the valley below, and I often have to duck while eating breakfast on the balcony as House Martins swoop in low to feed their young in the nests we put up for them. We do this as they cannot make their mud stick onto our modern plastic exterior paint. 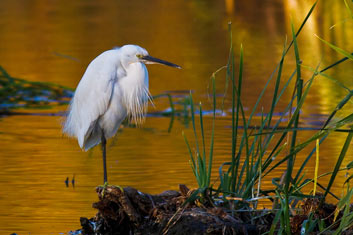 Birds are our main interest but they are by no means the only form of wildlife we enjoy in the area. Most birders have an interest in other forms of wildlife and it is worth mentioning some highlights, like the Egyptian Mongoose that took an early morning dip in our pool, and the Beech Marten and Badger caught on night camera traps close to the house. Wild Boar and Spanish Ibex are quite common, and under the expert guidance of wildlife guide Mick Richardson, he and I photographed and recorded over fifty species of butterfly in a single day in nearby Sierra Nevada.

But back to birds. Our general birding area extends west to the Guadalhorce in Malaga, east to the Charca de Suarez in Motril, and north to include the woodlands and hillsides of the Axarquia. 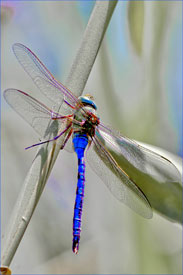 These are all easily reached and enjoyed in a single day, but my most frequented local patch is along the mouth of the Rio Velez in Torre-del-Mar. This small but varied location has a good diversity of habitat including mudflat and sandbank, meadow and reed bed, cultivated fields, tall tree stands and of course the beach and the sea. It therefore throws up an extraordinary list of species. I do not keep a personal count but I believe it would extend into three figures. I was introduced to the site by our own ABS Membership Officer Bob Wright, the Axarquia Birder. On that memorable first day I remember we spotted Kingfisher, Bluethroat and Common Scoter amongst many other more regular species, three firsts for me in Spain. There was something of interest at every turn and I was hooked.

One of the great delights of the Rio Velez is its ability to surprise and I have almost come to expect the unexpected. In a single month in autumn 2011 I picked up such diverse species as Short-eared Owl, Common Waxbill, Common Redstart and Spotted Redshank on different days. I have so many memorable birding experiences from the Rio which, incidentally, is also a great site for dragonfly enthusiasts. 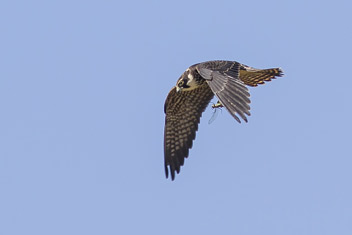 While watching dragonflies on the riverbank one day, a sudden rush of air announced the presence of a Hobby as it streaked in and audibly “hit” the Emperor dragonfly that I was trying to photograph. I did manage to grab a couple of shots of the insect but only in the talons of its captor. On another occasion Bob will recall the Cetti’s Warbler that we observed repeatedly sliding down the sloping windscreen of a parked car, seemingly just for the fun of it, and this week I photographed a Black-crowned Night Heron tackling what I believe was a large Southern Smooth Snake. Catching such events on camera adds to the occasion.

It is not all good news unfortunately, potential visitors be warned. Fly tipping is an unsightly problem, and speaking of the unsightly, naked men frequent the beach, and nefarious characters tend to lurk along the track and in the meadow, which adds an unsavoury air to what would otherwise be a perfect little corner of God’s Earth. I hardly notice them however as I am too intent on the genuine wildlife. 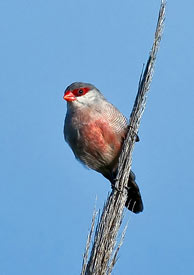 Seasonal variations and effects of weather extremes keep our interest alive. The natural world is constantly changing and those changes are often revealed when observing a local patch regularly over a period of time. It is fun to witness the coming and going of migratory species and to observe changing patterns of bird life. For example most Hirundines arrived very early this year, our first House Martins came in January and a few Barn Swallows seemed to be present all year round. Spring saw the arrival of large numbers of Woodchat Shrikes and Flycatchers, both Spotted and Pied. Nightingales have also been prolific and I am very pleased to say that Turtle Dove numbers seem to be holding up well, unlike the situation in Britain. On the downside I have seen many fewer raptors, possibly due to the wet weather adversely affecting small mammals, and I believe the numbers of Herons and Egrets are down.  One can only speculate on the reasons for this but I hope it is not due to the Chytrid fungus that has been decimating frog and amphibian numbers worldwide.
I have had many hours of discovery and enjoyment watching the birds and wildlife on my local patch, and look forward to many more, here and in many other locations in wonderful Andalucía.