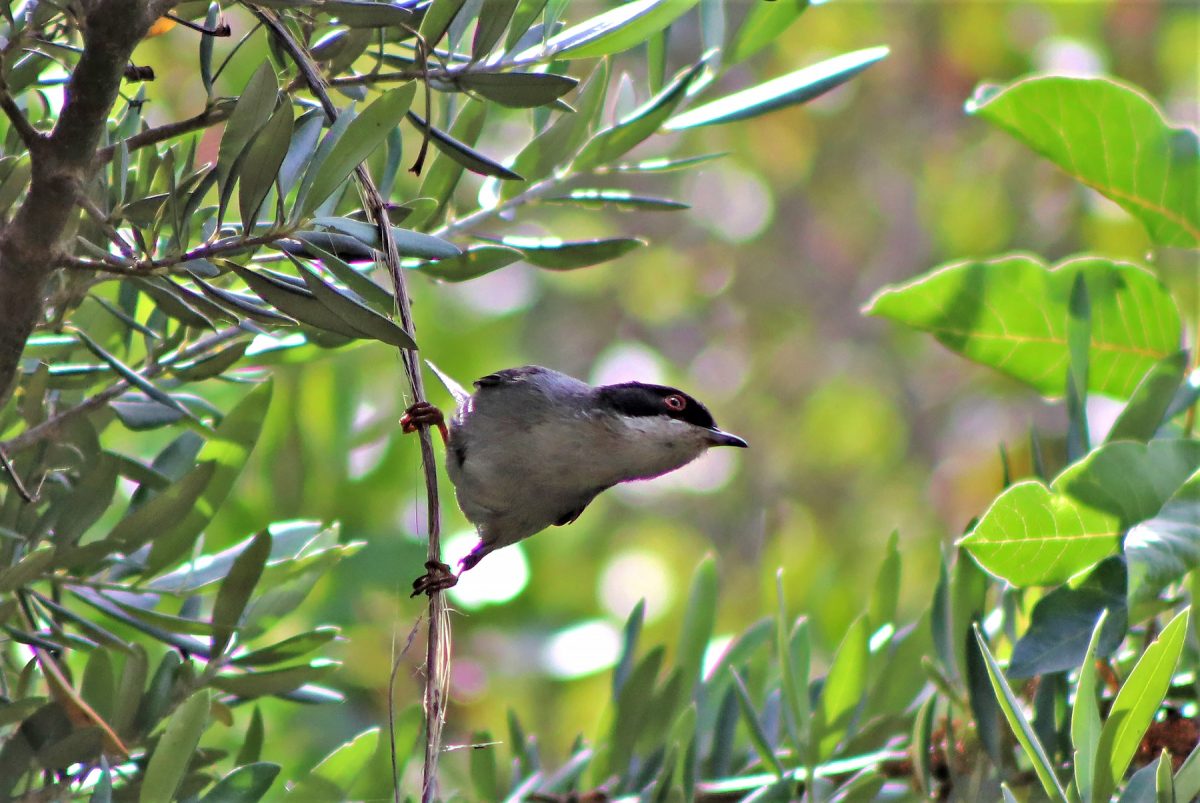 Junior member Stanley gives us an insight into one of his favourite birds and his photography. Our Junior Membership is only 10 euro a year and open to all those under 17 years old at the time of joining. Why not join our increasing number of junior members, who receive the same benefits as full membership, by joining us here.

Sardinian Warblers (also known as Sylvia melanocephala) are one of my favourite little birds, with their dark crests, rattling calls and startlingly red orbital ring.

As probably one of the most common of the Mediterranean warblers, Sardinian Warblers can be found in most areas in Andalucia, such as maquis, garrigue, dry coastal habitats, urban and suburban environments, abandoned farmland and dry coast. They struggle to survive in low temperatures, so the climate here, with its mostly warm winters, is perfect for them.

This small bird, unlike most warblers, is not particularly migratory, although some do winter in North Africa.

Breeding occurs mainly from March to June. They build a cup shaped nest from grasses in low shrubs or brambles and usually lay 3 to 5 buff-white eggs with brown speckles. Both parents incubate the eggs for 12 to 15 days.

Sardinian warblers are mostly insectivorous, feeding primarily on arthropods such as spiders, as well as the larvae of numerous insects and snails. They also eat a large quantity of soft fruit and berries in autumn and winter, as well as nectar.

These charismatic little passerine’s habit of hiding in deep undergrowth, together with their incessant movement, constantly flitting from bush to bush, makes them particularly difficult to photograph.  I had been trying to get this photo for days, but with no success. Every time I managed to get one in the frame, the bird would always dart out of sight before I could focus properly. On this particular occasion I had been waiting for half an hour or more when I realised that the light was beginning to fade. I was starting to think that I wouldn’t be able to get a decent photo, when the bird finally decided to emerge from the bushes for just long enough for me to be able to get the shot that I was hoping for.

One of the reasons that I like this photo is not that it is of some rare or colourful bird, but because of the pose and the angle at which the bird holds itself, preparing to jump to a neighbouring branch. I also love the way the photo is framed, with the bushes and trees encircling the bird, whilst the blade of grass it perches on cuts straight through the middle. In addition, I like the way the soft wash of dappled greens and browns in the background contrast with the sharper focus of the bird in the foreground.