Wassenaar/Majorca/Vienna/Paris/Frankfurt “The conservation of vultures has a long history in Europe. In 1978, experts decided to breed and reintroduce Bearded vultures to the Alpine mountain ecosystem. After 30 years of efforts we have reintroduced over 150 birds, and 15 pairs of Bearded vultures are breeding again in the Alps”, stated Michel Terrasse, president of the Foundation for Conservation of Bearded Vultures (FCBV). “Nevertheless, we are facing old challenges threatening the new reintroduced vulture populations as well as the still existing populations of all four vulture species of Europe in their original habitats”, added Winfried Walter, President of the Black Vulture Conservation Foundation (BVCF). 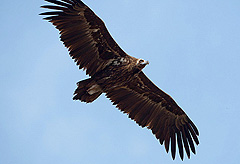 To mitigate threats such as illegal use of poison, direct persecution, loss of breeding habitats and loss of food resources as well as more recent problems like electrocution of the birds at  electric power lines and collision at wind farms, by the ecological unsound development of mountain ecosystems or new upcoming infectious diseases, the both vulture conservation foundations have decided to merge into a single new entity: the Vulture Conservation Foundation (VCF).

The merged foundation will continue with the successful work of its two founding organizations and strives to coordinate actions for all four European vulture species:  the Bearded vulture (Gypaetus barbatus), the Black Vulture (Aegypius monachus), the Griffon vulture (Gyps fulvus) and the Egyptian vulture (Neophron percnopterus). 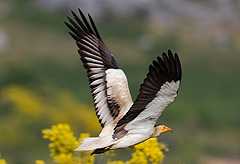 The international breeding and reintroduction program of Bearded vultures, organized by the Richard Faust Breeding Centre in Haringsee, close to Vienne, and by its director Dr. Hans Frey, will continue. The International Bearded Vulture Monitoring Program (IBM) will be supported by VCF in the future as an essential element to observe the population development of the reintroduced Bearded vultures in the Alps but also as a possible instrument to monitor vulture population development throughout Europe.

The breeding and reintroduction program of Black vultures supported by the Mediterranean Wildlife Centre in Majorca and its director Juan José Sánchez Artés will continue its work. The European secretariat for the fight against the illegal use of poison, with its seat in Majorca, will carry on under the umbrella of the new foundation. The centre in Majorca will also continue its operation in the framework of the program “SOS Veneno” in Spain, the well known green telephone line for the information of illegal use of poison. 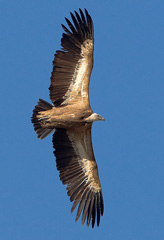 The Balkan Vulture Action plan coordinated by the Black Vulture Conservation foundation and supported by Frankfurt Zoological Society will be carried on under the roof of the new foundation VCF by the centre in Majorca. The Balkan Vulture Action Plan BVAP united 23 organizations in seven Balkan countries so far. During the last six years, by these joint actions it was possible to stabilize the Griffon vulture population in Macedonia, Bulgaria and Croatia. Even in Serbia the population of Griffon vultures is increasing. Activities have been performed to provide best conditions for all the four vulture species in the framework of the Balkan Vulture Action plan. As an important step, the translocation of Griffon vultures from their origin in Spain to the well prepared releasing sites in Bulgaria will be supported by the German Federal Environment Foundation DBU, the Frankfurt Zoological Society and the Spanish autonomous communities (like Exremadura and Castile-La Mancha) under the auspices of VCF.

In the focus of activities for the future of the new organization are activities to stop the massive decline of Egyptian vultures (Neophron percnopterus) in its breeding habitats in the Mediterranean basin, but also on their migration routes and wintering habitats in Africa. To streamline all actions for conservation of the European vulture species a strategic action plan will be developed by the experts of the new foundation.

For those wishing to find out more on the above, see details below: