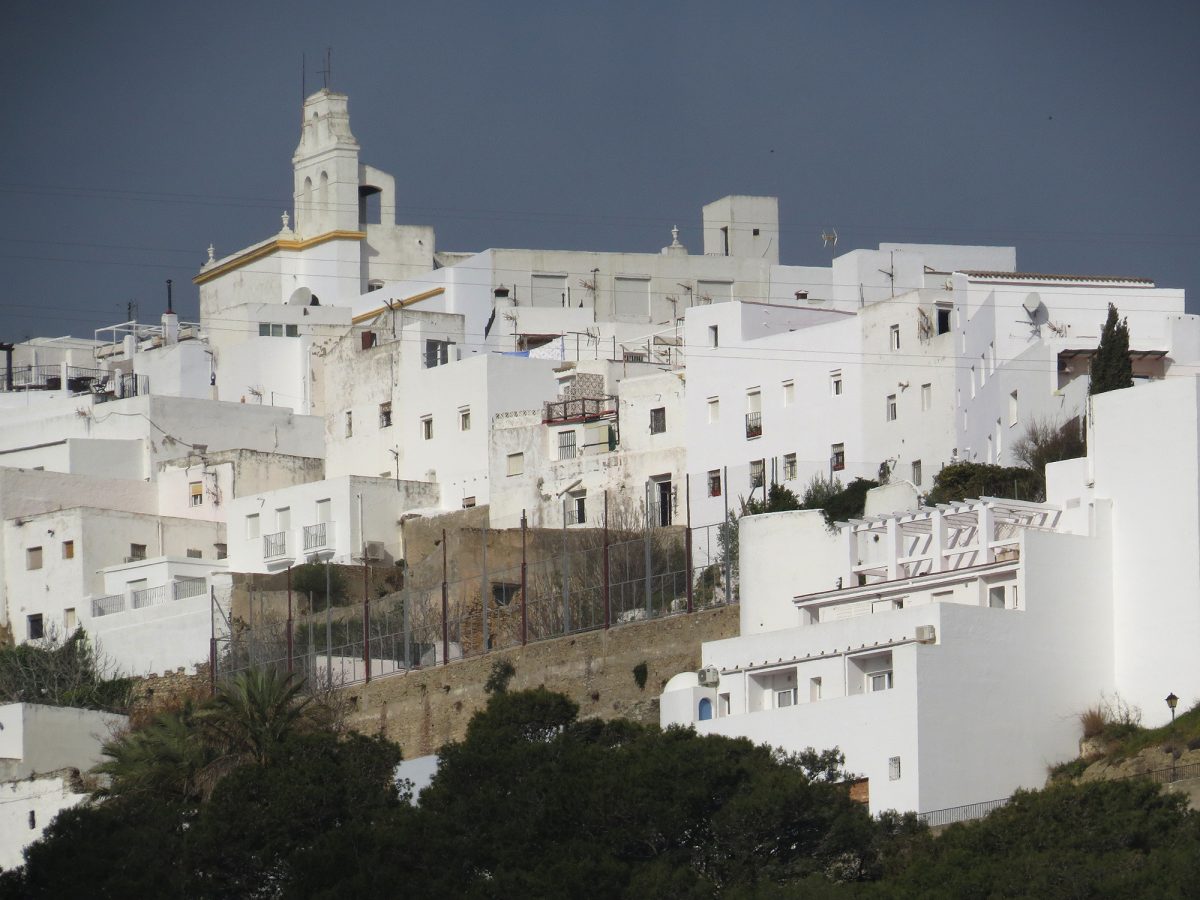 Unless they’re very fortunate and live near a ‘hotspot’, birders often tend to neglect their immediate surroundings in favour of heading off to a more distant locality where a good range of species can be more reliably found.  With various constraints on our time this is understandable particularly for those who still have to earn a living.  Yet there’s much to be said for exploring the immediate hinterland of where you live or are staying.  Although better situated for birding locally than many other similar towns and villages, a good example of the delights to be had by birding nearby areas involving a drive (if at all) of only a few minutes is to be found in Vejer de la Frontera. Vejer also has a remarkable “ace in the hole” to which I’ll return at the end of this article.  As an attractive old town with a surprisingly cosmopolitan feel it’s also a popular place with holiday makers (see  https://vejerdelafronteradaybyday.blogspot.com/ for interesting information about the place).

The birding starts before you leave the town either on the terrace of where you’re staying or as you sip a beer or enjoy tapas at one of the restaurants along the Calle Corrida (a).  It helps that you not only have an excellent view to the north but also that you’re on a hill that forms part of a low ridge running roughly parallel to and c10 kms from the sea.  This happy conjunction means that raptors often pass overhead on their journey to and from North Africa.  It’s not a Cazalla or El Algarrobo but when birds of prey drifting to the west spot the nearby sea they tend to follow the ridge and hence you can get small concentrations of raptors. Watching Black Kites, Booted Eagles, Honey Buzzards, Griffon Vultures etc slipping by as you enjoy a convivial meal is civilised birding at it’s best!  It’s not just ‘passing traffic’ either since the town also has a colony of Lesser Kestrels whose happy chatter at the end of the day forms a charming ornithological version of the traditional Catholic vespers.  If that were not enough the park below the promenade (Parque Los Remedios) often echoes to the discreet tinkling of Serins.  Aerial insect eaters shouldn’t be ignored either so spend some time checking the local swifts carefully for Pallid and Common, scanning for migrating armadas of Alpine Swift which pass over high and at speed and remember that the chance of one of the two rarer “white rumped” swifts can’t be discounted.   All the usual members of the swallow tribe can be seen with, on good days in autumn, hundreds of House Martins jostling for somewhere to roost in the town where, later in the season, they may be joined by good numbers of Crag Martins.

Running south of Jerez along the ridge, the aptly named Avenida de Buenavista (b) is a good metalled road for the first 1.5 km or so after it leaves the town but continues another 3.5 km as a rough track (drivable with care) to woods of Pinar de las Breña from which it’s only another 3 km to walk on the sea cliffs.  With fabulous views across to the sea and over open countryside the route along the ridge a good walk in its own right but, like Vejer itself, it can be good for raptors and perhaps better for Montagu’s Harrier plus an outside chance of Black-winged Kite.  The scrub also holds Woodchat Shrike and the ubiquitous Sardinian Warbler but during migration periods almost any warbler is possible.

To the north of Vejer there are another two circular walks that allow you to explore more of the local countryside.  I confess I’ve not fully explored the 6 km Santa Lucia-La Muela walk (c – Ruta ‘Molinas de Aqua’) having only walked along the section by the ancient (Roman?) aqueduct but as birders know water often attracts birds.  If on previous walks around the area you’ve not encountered Melodious Warbler then you certainly should here.  The second shorter walk is off a minor road, which follows the Rio Barbate and affords good views across what was once the Laguna del Torero (an extension of the more famous Laguna de la Janda).  Although rather distant, the rice paddies (d) here can hold Collared Pratincoles, Purple, Squacco & Night Herons, White & Black Storks, etc. so are often worth a short detour in their own right. In the evenings check for the very local Scops Owl along this route.  Look out too for Black-winged Kite in this area.  Just over 3 km along this road there’s a large noticeboard with a map of the ‘Ruta El Abejaruco’ (e), an encouraging name for birdwatchers as ‘Abejaruco’ means Bee-eater (although there’s a good chance you’ll have already seen this species on the wires along the road).  Despite its name this path seems to have largely been designated for its archaeological interest so look out for further signs of Roman Vejer here too.  The footpath snakes up to and circles a small hill affording superb views across the valley to Vejer and south towards La Janda.  This path is good for Cirl Bunting, Sardinian and Melodious Warblers, etc and the small orchard where the path divides sometimes has Wryneck.

Despite its relatively short distance from Vejer, the next suggestion is best accessed by car as the route would otherwise largely involve walking along roads.  The corkscrewing CA 5203 (accessed along the Avenida San Miguel) takes you down to the main Barbate road (A 305).  You have the option to pull off at the Mirador de Las Quebradas where you’ve a chance of Bonelli’s Warbler.  At the main road turn right and pull off after 350 metres at the start of the Sendero Marismas del Barbate (f).  You needn’t walk far along this track to find small pools and wet areas which can hold Glossy Ibis, Black-winged Stilt, Purple Gallinule and often attract a variety of waders (e.g. Green & Wood Sandpipers, Greenshank, Whimbrel, etc).

Finally, we come to Vejer’s ‘ace in the hole’.   Exit the N 340 onto the A 315 Barbate road, but after a few hundred metres pull off onto a large gravel car park in La Barca de la Frontera (g).  The riverine bushes here have a good colony of Cattle and Little Egrets, but the star of the show is Bald Ibis.   It was only in 2006 that it was realised that this enigmatic species persisted in Spain into the 16th century and quite possibly 17th century (see https://birdingcadizprovince.weebly.com/cadiz-birding-blog-page/bald-ibises-in-spain-the-historical-context).  This revelation came thanks to detective work by historian Iñigo Sánchez which demonstrated that the old name “Cuervo Calvo” (Bald Raven), a favourite target of Spanish falconers, referred to this species.  Bald Ibis teeters on the edge of extinction with a wild population, now effectively confined to Morocco, of c150 breeding pairs.  A semi-wild breeding colony exists at Birecik, Turkey but the Syrian population is now extinct.   However, they breed well in zoos and the captive population of 1,600 birds is over double the wild one.  An initiative by Jerez zoo has returned this bird to the wild in Spain.  Released birds first bred in 2008 and there are now c80 free-flying birds (more having been released in 2018) in the area.  Purists may balk at ticking these introduced birds but this small colony is matter of pride for the Vejeriegos and has been widely reported in the media. 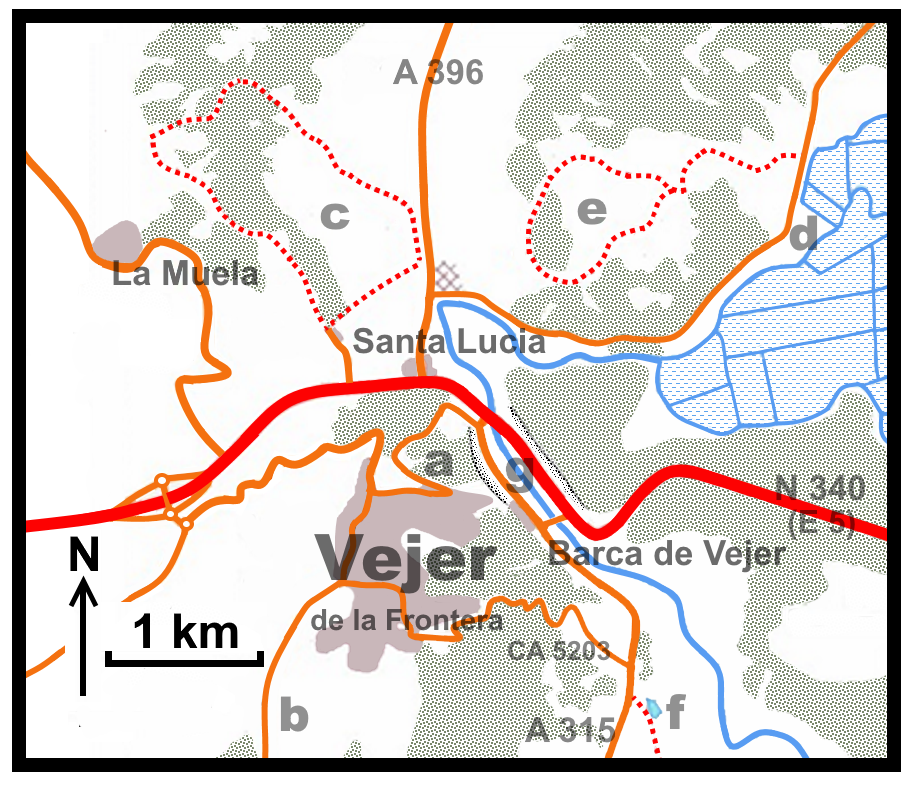 I hope that this short article has persuaded you that there’s more to Vejer de la Frontera than its indisputably attractive location, quaint streets and pleasant ambiance and that it makes a good base not only for well-known sites like La Janda but also for some excellent local birding.  Although I appreciate that not every village is so well placed, I hope too that I’ve encouraged readers to go out and explore their local neighbourhood, you may be surprised at what you find. 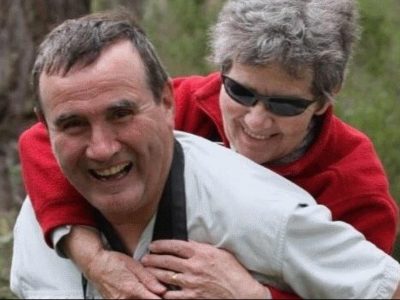 This article is adapted from John’s ‘Birding Cadiz Province‘ guide which contains details of many more sites (including some just over the border into other provinces). It’s free to birders, although donations to charity for their use are very welcome.
Contact the Society with your email address and John will email a copy to you. Good birding!