Let’s do a little history
It was one o’clock in the morning in Málaga city on September the 24th 1907 when, while the population slept, and without one single raindrop having fallen on the city, an enormous flood of water and mud rushed down the river Guadalmedina, coming from its high course where a violent downpour had taken place, leaving 21 dead, lots of injured people and a devastated town behind.
The origin of this tragedy is to be found at the beginning of the XVI century when, after the re-conquest of Málaga by the Muslims and the share-out of lands, the forests were cut down and the ground ploughed without any care for the steep slopes of the hills. Grapevines replaced wood and scrub land, leaving the soil unprotected from ordinarily scarce, but torrential rains. The first recorded flood occurred in 1544.
This situation turned even worse from 1878 on with the plague of the Grape phylloxera infestation that led to the abandonment of more than 110,000 hectares of vineyards in the Axarquia, Montes de Málaga and the river Guadalhorce valley.

The solutions
King Alfonso XIII ordered the necessary public works to prevent these floods ever occuring again in Málaga.
The first project, started in 1908, consisted of building the Pantano (reservoir) del Agujero. The dam would stop the great flood waters with a capacity of up to 4.5 cubic hectometres. This work finished in 1924 and, even though it effectively accomplished the purpose it was designed for, those who requested tree restoration of the river Guadalmedina basin were happily considered as well.
So, the forestry expert Miguel Bermejo Durán designed in 1919 the “Project for the Correction of the River Guadalmedina Basin”, whose execution started in 1930 under the direction of another forestry expert, José Martínez Falero, to whose memory, in fair acknowledgement for such a formidable task, is dedicated one of the most beautiful viewpoints of the Montes de Málaga Natural Park. These works went on until the 1950s.
Around 5,000 hectares on the left bank of the river were compulsory purchased and planted with trees. Thirty dykes were built and 62 kilometres of tracks and paths made. The main species used in the restoration was the Aleppo Pine (Pinus halepensis), which has given rise to a wonderful pine grove that has successfully achieved its function during the last century.

The Montes de Málaga Natural Park
The Junta de Andalucía converted the Montes de Málaga into a natural park in July 1989 and it was included in its Protected Andalusian Natural Sites Network (RENPA). It extends to the north of Málaga city over an area of 5,000 hectares, with heights ranging from 100 to 1,031 metres above sea level.
As mentioned before, its vegetation cover is mainly composed of a mature Aleppo Pine forest, with some local species like Carob Trees in dry sunnier areas, Holm Oaks along the stream beds, and Cork Oaks in higher and more humid areas in the northeast of the park. Olive Trees and Strawberry trees (Arbutus unedo) are also common in the park, as well as Poplars, Pomegranate trees, Common Figs and Turpentine trees, deciduous species that embellish the park with beautiful colours every autumn. 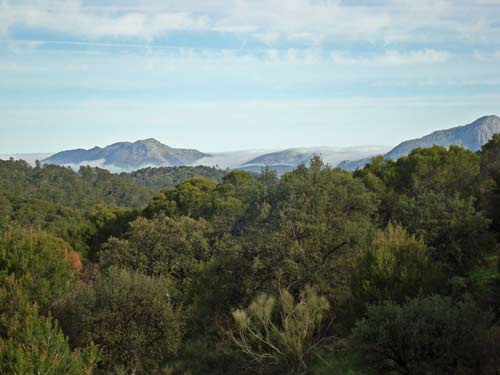 The growth of this forest improved the development of a Mediterranean scrubland with a high environmental value, basically composed of Common Hawthorn, Kermes Oak, Mediterranean Buckthorn, Mastic tree, Prickly Juniper, Honeysuckle, Genista umbellata, Spanish Broom, Hare’s Ear, Bupleurum Gibraltarium and White-leaved Rockrose.
Despite the dryness of the park, especially during the summer period, four different species of toads (Discoglossus jeanneae, Pelodytes ibericus, Bufo bufo and Bufo calamita) are common and spawn in the little ponds around the springs and those which form in areas created by rain. The Mediterranean Chameleon, which will be difficult to discover unless crossing our path in front of us, is the most singular reptile in the park.
There is also a big population of mammals in the park, including insectivores (shrews and hedgehogs), bats and rodents (mice and squirrels). We may run into a variety of carnivorous mammals like Foxes, Weasels, Beech Martens, Genets and Egyptian Mongooses. The king of mammals in the park is the Wild Boar which has rapidly expanded since the 1980s.

The birds of the Montes de Málaga
Like in any other wooded environment, bird watching in the Montes de Málaga requires a great deal of patience and even a long walk in order to tick the greatest number of species given the lower density of birds as compared with rivers or wetlands. And not only binoculars are required, but we will have to prick up our ears if we are to spot our friends. 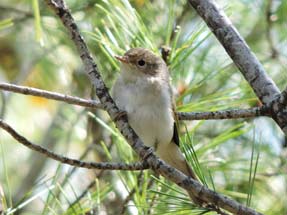 Curiously, when one moves along the tracks crossing the park, one may go from complete silence and absence of birds, to finding happy flocks of different species travelling together through the forest.
The hidden jewel in our Malacitan park is, no doubt, the Goshawk, which will fly rarely above the trees and which we will distinguish from the smaller Sparrowhawk in the distance by the heavier flapping of its wings.
Common Buzzards are present all year and are joined by Booted and Short-toed Eagles in summer. “Marujan”, a female Booted Eagle breeding in the park, is already known all around Spain after she was installed with a GPS tracking device last summer that showed, surprisingly enough, how she winters near Valencia, instead of crossing the strait to Africa.
We will be frequently startled by the powerful flapping of the Wood Pigeons in their quick flight away and discover dozens of Crag Martins flying after little invisible insects when raising our eyes up. 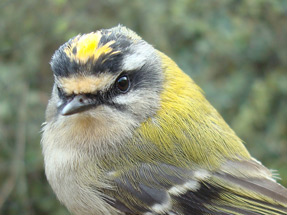 We will hear Great Spotted Woodpeckers’ drumming in the distance and even find their relatives, the Green Woodpeckers, flying among the pine trees. Jays will move from tree to tree in slow motion, Rock Buntings will whistle from the scrubland, Common Crossbills will take possession of their crowns in the trees and Chaffinches will always be our faithful companions.
In winter, we pay attention to the calls of Dunnocks, Cetti’s Warblers, Chiffchaffs, Firecrests, Wrens, Long-tailed Tits, Nuthatches and Short-toed Treecreepers. Song Thrushes will fly away from the branches of the olive trees, where they feed on the black olives with Robins, Blackcaps and Sardinian Warblers. Great, Coal, Blue and Crested Tits use their calls to keep their families united until spring. Finches like Siskins will be common in the pine groves and, when a cold front pushes in from the north, Bramblings and Bullfinches will take shelter in the park. 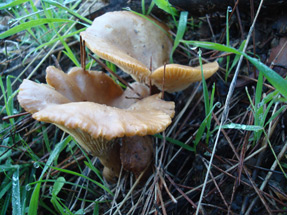 In the last days of winter, the nights will give us the brave song of Woodlarks and the first light of the day will be blessed with a burst of Robins, Nightingales, Blackbirds, Blackcaps and Wrens which will later give way to the calls of Subalpine Warblers, Melodious warblers, Western Bonelli’s Warblers and the song of the Golden Orioles, Cirl Buntings and Mistle Thrushes. Turtle Doves will make us dream with their murmur in the shade of the Holm Trees. Goldfinches, Greenfinches, Serins and Hawfinches will be common guests of the forest.
Little and Eagle Owls, in the boundaries of farmlands, and Tawny Owls in the pine forest, will be our company on cold winter nights and Scops Owls and Red-necked Nightjars will call out on clear starry summer nights. A wonderful area indeed for the nature lover.