Eastern Spain has been unnoticed as a birding destination for many years. Many people think that Valencia and Alicante provinces are just buildings along the coast, just an area to spend your holidays sunbathing and relaxing; nothing else. If you are one of those, you might think in a different way after reading the secret wonders of this region. 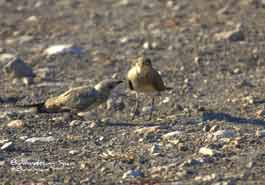 The coastal wetlands are a must to visit. From south to north, we find Las Salinas de Santa Pola, an interesting spot to watch Slender-billed Gull and Greater Flamingo. In autumn and winter, Osprey, Spoonbill and large numbers of waders can be observed. Shearwater and Razorbill are frequently seen on the Pinet beach.
Not far from there, there is El Hondo de Elche Natural Park, an area of 2,495ha where a group of the rare Greater Spotted Eagles has been wintering in recent years. In addition, it used to be one of the best areas to find the endangered Marbled Duck, but unfortunately the population has declined. During the breeding season Rollers, Great Spotted Cuckoo, Lesser and Short-toed Lark, Montagu’s Harrier and Short-toed Eagle are regularly seen. 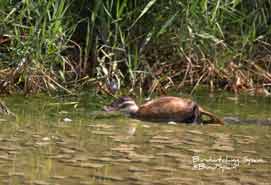 In the border between Valencia and Alicante provinces, we find La Marjal de Pego-Oliva (Pego Marshes). For the first time in many years this year a pair of Marsh Harrier has bred successfully. Regarding warblers, the area holds the second largest population of Moustached Warbler in Spain. Other interesting breeding species are Collared Pratincole, Little Bittern, Purple and Squacco Heron. In July and August, Eleonora’s Falcon is attracted to Pego Marshes for its richness of dragonflies, with records of up to 5 birds together.
In the Valencia province, we find the popular Albufera, one of the largest and most important fresh water wetlands, including the largest lake in Spain, on the Gulf of Valencia. This area of 21,000ha (52,000acres) attracts many rarities every year such as Pectoral Sandpiper, (13 observations in 2012), Broad-billed Sandpiper, (4 so far this year), Blue-winged Teal, (9 in 2012), Collared Flycatcher, (3 so far this year 2013), etc.
If we think of other habitats near Alicante city, in the Vinalopó River we can find the scarce Trumpeter Finch. This area is also interesting for Rock Bunting, Crag Martin, Rock Thrush and Bee-eaters. If we move a bit inland, the Alcoi Mountains will give us the chance to see raptors such as the Bonelli’s Eagle, Griffon Vulture, Golden Eagle and Goshawk. 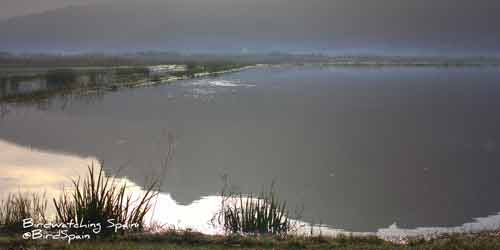 A bit farther West are located the stunning steppes of Albacete which are a really good place for observing many steppe species such as Great and Little Bustard, Calandra Lark and Black-bellied Sandgrouse. In winter, Hen Harrier, Red Kite, Golden Plover and the rare Ferruginous Duck are frequently recorded. Moreover, there are quite a few temporary lagoons scattered in the steppes where Greater Flamingo and White-headed Duck find the perfect place to breed. During the migration, large groups of Dotterel have been recorded.
All in all, the wide variety of habitats found in eastern Spain makes the area worth to visit.