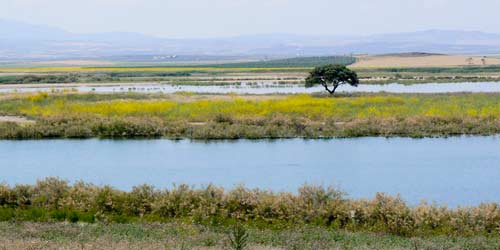 Since ancient times wetlands have been considered as worthless areas of standing water and also sources of infection. This idea is very unrealistic, since wetlands are ecosystems of great biodiversity despite occupying a small part of the earth’s surface. Wetlands have great importance both for man and for the many species that inhabit them, amphibians, insects, aquatic plants, macrophytes and having a surprising function for migratory birds.
In the last decade, climate change has caused behavioural changes in most of the species, accentuating this change in migratory species, as these are most vulnerable, when using multiple habitats and a wealth of resources.As stated in the publication of CMS (Convention of Migratory Species) on migratory species and climate change, this is changing migration routes. 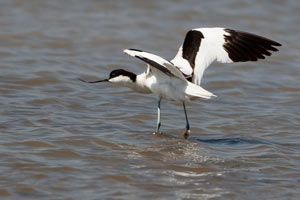 A response to various adversities caused by climate change is well known, as is the temporary inconsistency of prey and predators, the disjunction phenomenon known as ecological climate change elevates factors such as erosion and high temperatures etc.
This pattern of behaviour, inherited from generation to generation, has been modified by such sudden temperature changes and high erosion afflicting the African continent. What has caused a reduction in total miles of the bird migration routes or in some cases birds becoming resident, as is the case of the White Stork which are frequently seen all year round near their nesting sites in Andalucía?
As we report in the journal “Ardeola”, (the Journal of the Spanish Ornithological Society) the small number of migratory birds that cross the Strait of Gibraltar are declining even though their populations in Europe are stable, examples of which are such species as Gulls, Common Swift (Apus apus), and Tawny Pipit (Anthus campestris). 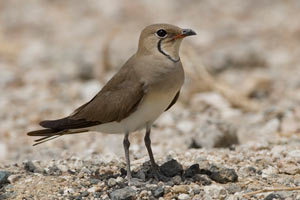 This change in behaviour in the different birds makes the Andalusian wetlands alter from being places of passage to being the destination for a variety of species, many of which are now residing, as the White-headed Duck (Oxyura leucocephala) and the Grey Heron ( Ardea cinerea).
Among all types of wetlands notable for this role on these routes are steppe wetlands. When these areas of water are located in an ecosystem as dry as the steppes and where water is a limiting challenger, they inevitably become havens of life.
The steppes are ecosystems that have been created by the hand of man, after centuries of agriculture, making it the ideal habitat for species such as the Great Bustard (Otis tarda) or the Little Bustard (Tetrax Tetrax). If in this ideal habitat for such species we add a lagoon we obtain a source of biodiversity with great potential such as the ecological wetland steppe. 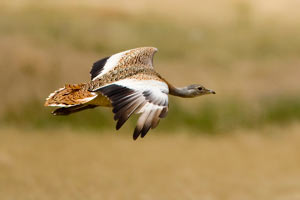 An example of wetland steppe is the Endorheic (a lagoon created by levels of the water table) Complex Lantejuela~Osuna~Ecija, where in recent surveys has been shown that many species inhabit its lagoons throughout the year, which shows a change in behaviour in these species, previously used as resting sites before setting off postnuptial and now reside throughout the year. These wetlands cause a perpetual spring, improving their survival and productivity.
After the heavy rains of 2010 and 2011 these temporary wetlands have been flooded all year maintaining an acceptable depth for many species. Similarly, vegetation changes such as at the La Hoya de Turquilla lagoon where the reeds and sedges are the main type of vegetation for species such as the Night Heron (Nycticorax Nycticorax) has resulted in this species tripling their number of breeding pairs in a period of five years.
So, if we compare the results of the surveys conducted in the area of lagoons around Lantejuela~Osuna~Ecija with the passage through the Strait, we can conclude that steppe wetlands form a key part of this great puzzle of climate change.
M º Angeles Andrades Martin