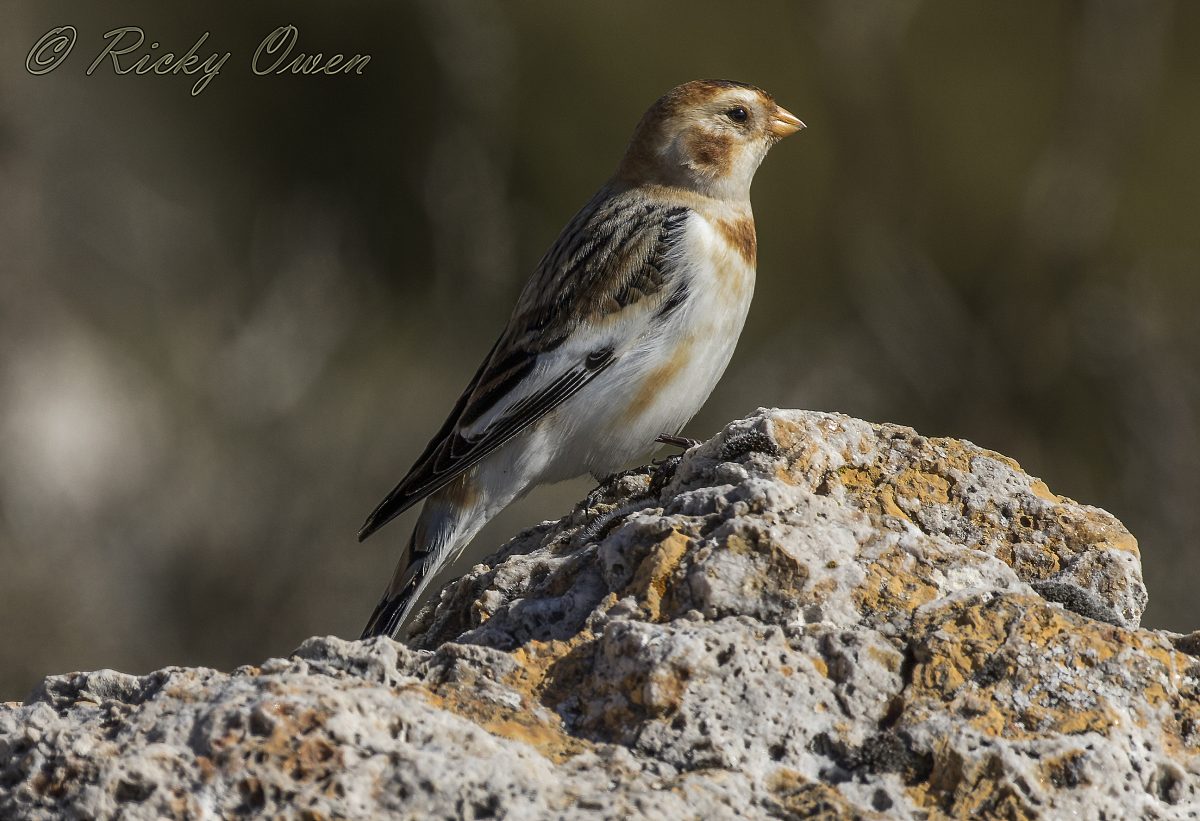 Snow Bunting Plectrophenax nivalis makes an appearance as we enter our winter. Seems appropriate to me and also somewhat surprising. These birds are highly social during the winter so an appearance by a single bird is doubly unexpected. Our bird has decided on the Sierra de las Nieves as its site of preference. We are lucky a few of our members were able to visit the site and get excellent photographs.

Snow Bunting are the most northerly recorded passerine in the world. They are largely an Artic breeding bird with a few isolated populations on high mountain ranges south of the Artic. It is large compared to many other buntings weighing 30 to 40 grams with a wingspan of 32 to 38 cm. With white underparts the bird can be very conspicuous and is confiding and approachable. Another aspect that separates this species from most other passerines is the tarsi is fully feathered, fluffy trousers if you like. Apart from Common Raven no other passerine can winter as far north as this bird.

The fact that these hardy birds can survive extreme cold is a marvel. They migrate to the Artic region to breed, the male arrives first and to temperatures as low as -30 degrees Celsius. Unlike their winter behaviour of being social and a flocking bird, the breeding birds are highly territorial. It explains why they migrate early to head northwards in order to establish nesting sites important to successful breeding.

Snow Bunting winter in temperate zones, normally much further north than Spain. They prefer open areas to feed and normally in flocks. The female has a tendency to winter further south than males, so perhaps our bird is a female. An interesting fact is their migration is nocturnal and they are able to detect the geomagnetic field of the earth in order to guide themselves to their breeding and wintering territories.