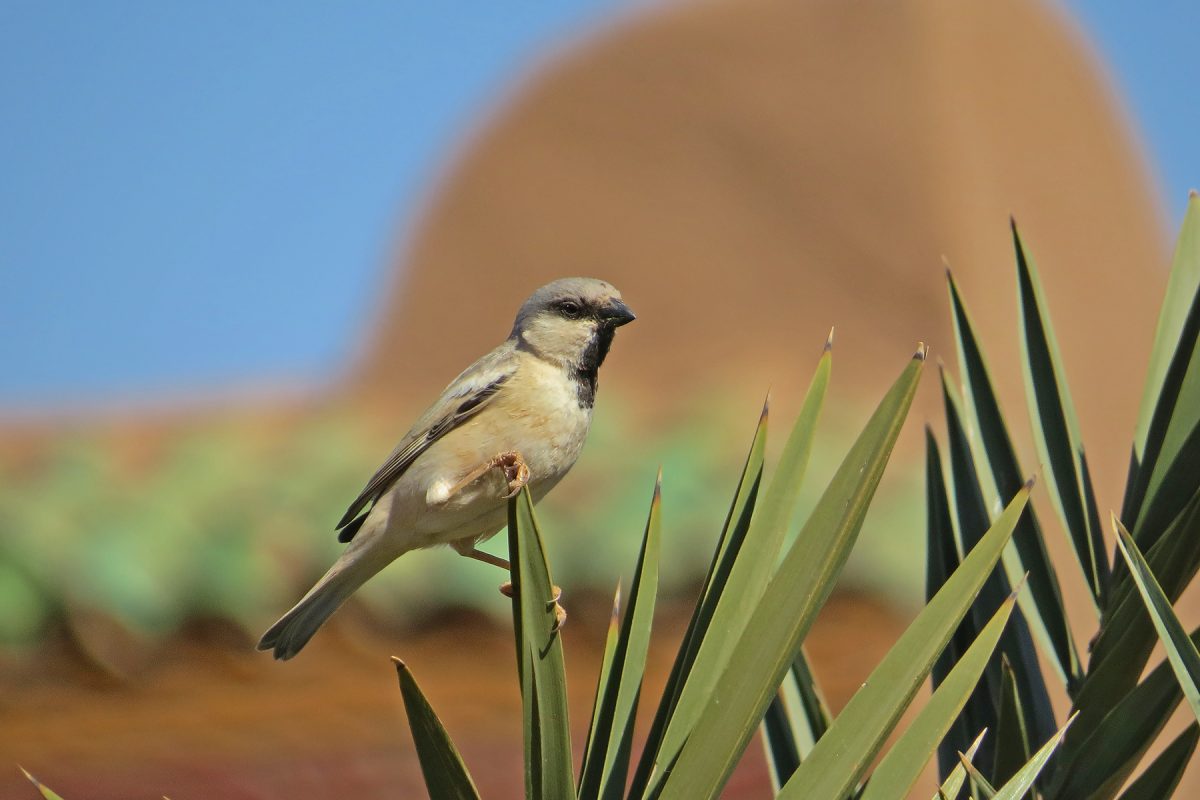 Just 14 kms of open water separates us from our north African neighbours Morocco. And yet, the difference in not only culture and peoples, but is surpassed by the magnificent diversity in bird life. Amazing that just a stone’s throw away the birds are so different from the usual suspects we have here in Iberia. Of course, many of our birds are also present in Morocco, but there are a great many we never get to see in our neck of the woods.

I hope you enjoy reading a brief introduction to some of the birds found in Morocco, this the first of many articles on birds in Morocco, and here I refer to 3 favourite species I love to see on my visits to this great birding destination. It is actually very difficult to sit down and write an article about the birds of Morocco without also waxing lyrical regarding the scenery, people and history of this mystical country. I guess, for the uninitiated, Morocco most probably conjures-up visions of just sand and dust. Yet, nothing could be further from the truth! Conditions here, despite its proximity to Europe, are very different with wadis, deserts, plains, forest, mountains, coasts and islands. The diversity of these habitats is reflected in the number of bird species found in this most exotic of north African countries, with over 450 species it is a must visit country for any with a passion for our feathered friends.

Such a beautiful looking lark, this species has run the gauntlet of name changes in recent times, going from Shore Lark to Horned Lark and now, just like the Pied Flycatcher, has seen another change to Atlas Horned Lark. Whatever the powers that be decide, it is a species both hard to find and in equal measure rewarding when you do. If you indulge in bird listing or species collection, then it’s to Morocco you will have to go to add this species.

The Atlas Horned Lark, as the name suggests, is largely confined to the higher reaches of the Moyen and Haut Atlas ranges of mountains in Morocco, where it is locally common. It is resident and only subject to altitudinal dispersal rather than full blown migration. When winters are particularly bad and snowfall is heavy in the higher reaches, these birds can descend to the foothills, but very rarely to much lower elevations. Good areas to find them are the Tizi-n-Tichka pass and the ski resort of Oukaimeden, although they have a habit of proving difficult to spot, often feeding around cushion plants and resting away from the windward side of these thick cushion plants.

I think I will always remember my first real sighting of this elegant sparrow, easy everyone had told me, just pop along to the Café Yasmina! Well, the first sighting I had was a disappointing 300m away through a scope! On several days’ expedition, almost exclusively to find this bird, we ended-up being frustrated. We had done our homework and a reoccurring remark in literature was the frequency by which they could be discovered around camel droppings. Needless to say, we didn’t find any using this search criterion, but I guess we did become overnight experts on camel droppings! We blazed the recommend trails, crossed countless and baron sandy desert areas, all to no avail. Eventually we decided to give it up and just enjoy yet another visit to our favourite Sahara region that is Morocco.

Eventually we finally caught up with these sparrows and in an area we really weren’t expecting to, M’Hamed, the end of the road in the Draa Valley. In the end it was rewarding and has continued to thrill on each subsequent visit. Like a London bus, we didn’t find one, we found several. Now they are a regular whenever we tour Morocco and we have our own little private place where more recently we have counted nearly 40 individuals flocking together. Oh, and yes the wait was worth it, they really are a most attractive bird, both the female and male, in fact the two sexes look totally different and so give you the feeling of two species for one!

Classified as a critically endangered species the Northern Bald Ibis is an unsurprising popular target bird for many visiting birdwatchers. Although it might also qualify for membership of the beautifully ugly brigade, it is nonetheless a superb reason for birding Morocco, where, unlike here in Andalucía, they are truly a wild population. Subject to some local projects for protecting both breeding and feeding areas, the population seems stable for now, but the future remains far from certain with coastal and inland developments continuing to threaten current protection and conservation work.

The Atlantic Ocean coastal stretch, both north and south of Agadir, is the main area for this ibis. The bird is normally found feeding a little inland from the main breeding area and as good a place to find them is in and around the Oued Massa nature reserve. North of the reserve is open and sparsely vegetated where these birds look for a favourite food scorpions! South of the reserve the local refuse tip near to Sidi-Ouassai is always worth a look as they are often there scavenging among the refuse. Also, south of the village a track passes along the cliff tops where these birds can often be seen in flight and feeding among scrub.

To present all the birds and their habitats in Morocco will require several articles and although there are so many other favourites of mine not included in this brief introduction, I hope you will at least be tempted to visit this wonderful destination at least once in your lifetime.