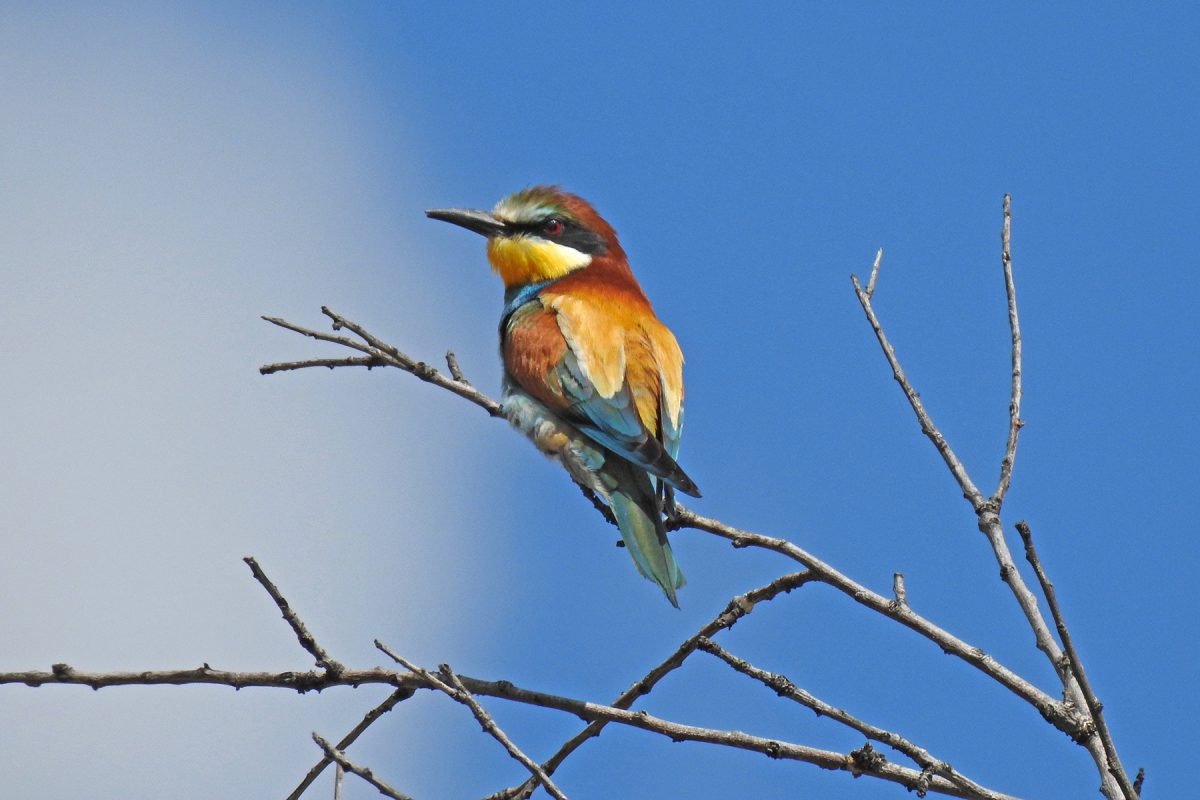 European Bee Eater Merops apiaster
Among the most looked forward to and colourful heralds of spring is our Bee Eater; they brighten the season with their bubbling calls as they announce their arrival to our shores, usually arriving in numbers by the end of March or early April. Migration can be a protracted affair lasting several weeks with northern birds arriving later and thus extending passage periods that can go well into May.  Flocks can often be seen feeding during leisurely daytime migration, whilst night migrants take a more direct and urgent route northwards.

The arrival of our breeding birds is staggered with the earliest birds favouring lowland areas, whilst high altitudes see arriving birds much later in April and even as late as early May. The habitat for breeding colonies is diverse where we can find them in river valleys, cultivated areas with some trees, orchards, rice fields and even around cereal crops. The size of colony can also vary enormously, on my patch in the Serranía de Ronda I have colonies ranging from 2/3 pairs to in excess of 20 pairs.

European Bee Eater, also known as Golden Bee Eater, is strikingly beautiful and both their flight and sounds add further to the appeal they have for birders. I hope you get as much pleasure seeing these colourful visitors as I will during this spring and summer. 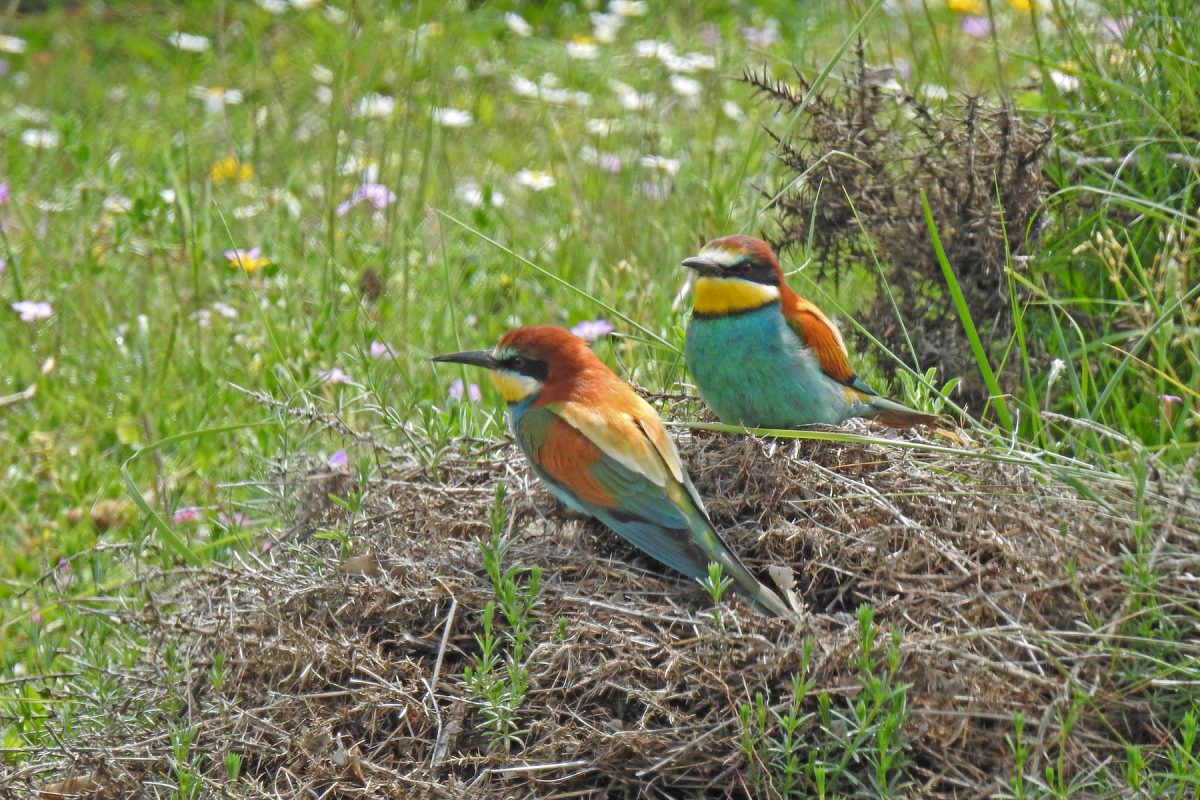 Whilst they are here:
Almost as soon as they arrive the pair (normally paired on their wintering grounds) will excavate the burrow at the males natal site, sometimes with the assistance of a helper. The pair will remove between 7 and 12 kg of earth whilst burrowing and this can take between 10 to 20 days. The burrow can be anywhere from 70 to 150 cm long.  The female can lay 4-10 eggs at 1 to 2 day intervals. Incubation (by both sexes) takes approximately 20 days, the chick hatch over a 2-6 day period. Both parents and helpers feed the chicks and they will reach a body weight of 60-70 grams. The parents will continue to feed the chicks for around 3 weeks after fledging.