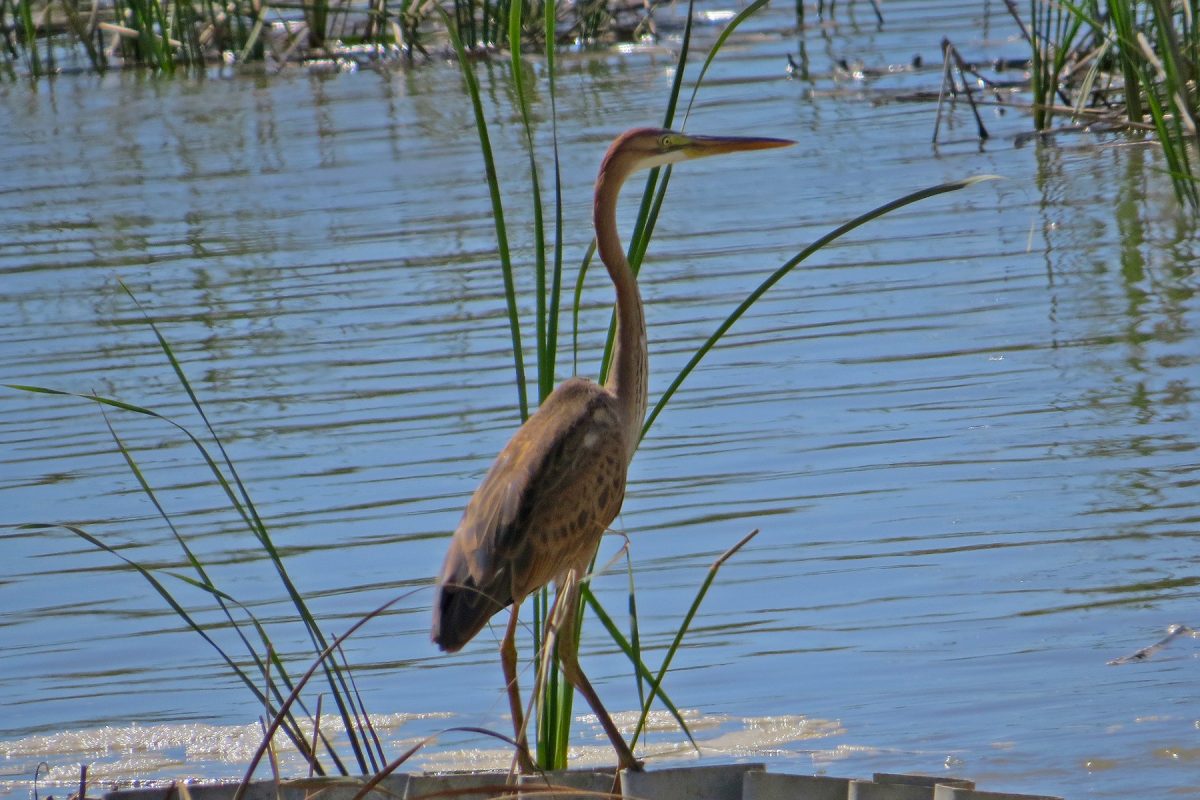 Purple Heron Ardea purpurea is a widely distributed member of the heron family Ardeidae. It breeds in Africa, central and southern Europe, and southern and eastern Asia. Our Western Palearctic populations migrate between breeding and wintering habitats, whereas the African and tropical-Asian populations are primarily sedentary, except for occasional dispersive movements. Note: Above photograph is of a juvenile. 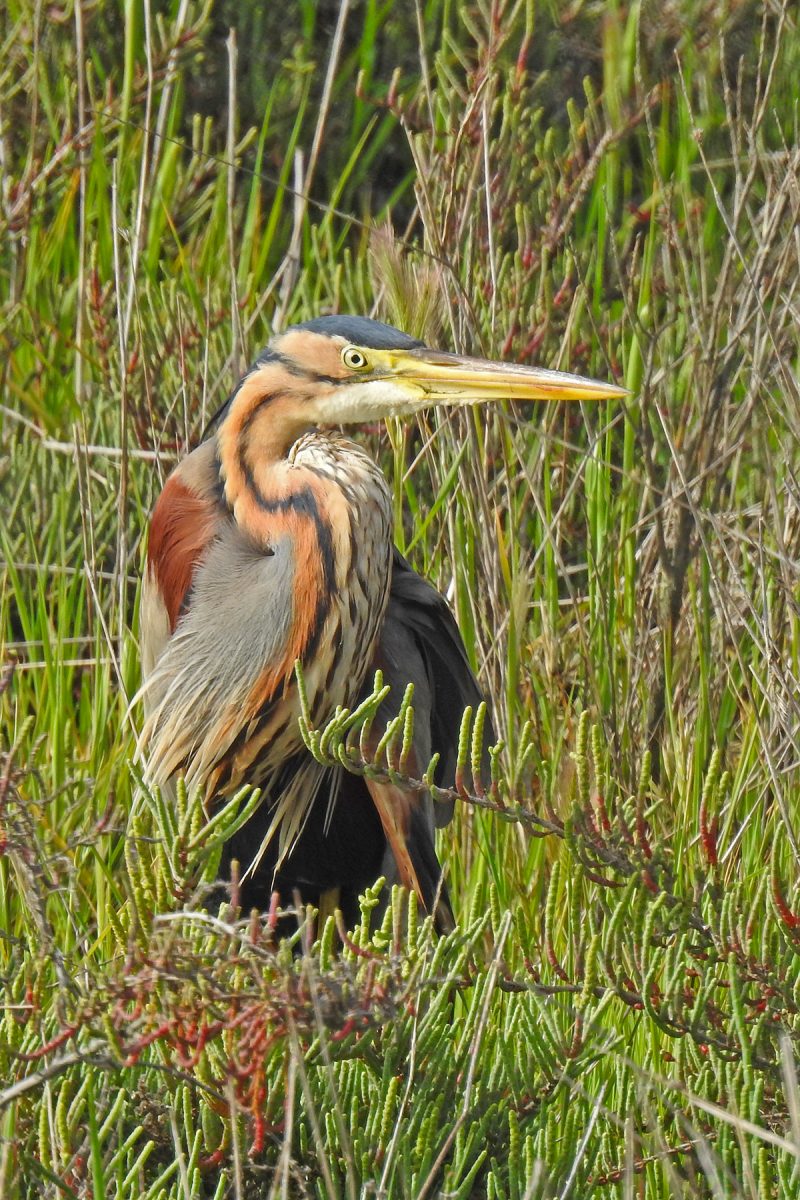 Purple Heron are colonial breeders and build bulky nests out of dead reeds or sticks close to the water’ edge among reeds or in dense vegetation. About five eggs are laid and are incubated by both birds. The young hatch about four weeks later and fledge six weeks after that. The International Union for Conservation of Nature notes that the global population trend is downwards, largely because of the drainage of wetlands.

Between August and October, birds of the western population migrate southwards to tropical Africa, returning northwards in March. Often they overshoot their normal range on their return, and are vagrants to northern Europe including Britain, where successful breeding was recorded for the first time in 2010.