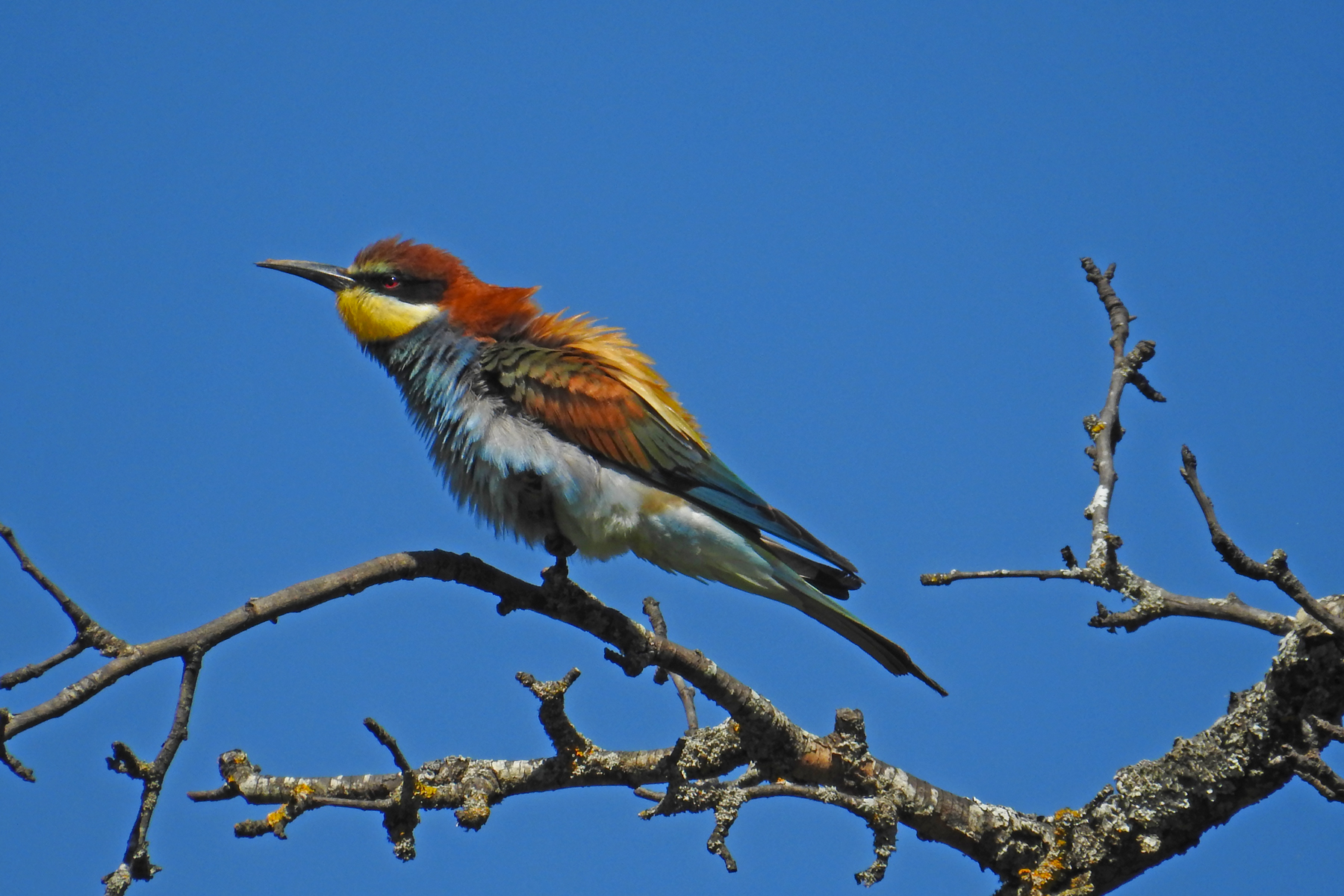 I am often asked what my favourite time of year is for birds. It is a difficult question and one that I am at odds with. Is it springtime when our summer birds return promising longer and warmer days or is it the autumn when huge numbers of migrants, numbers bolstered by the young of the year, return en route to their wintering grounds? I can even make a case for winter birding and often surprise people naming the high summer month of August as a great time to explore our region. The truth is, anytime is a good time to get out into the wild places of the region and enjoy nature with birds being perhaps the easiest to appreciate. However, it is impossible to be living this part of Europe where we have the 2nd most important bird migration corridor for the continent and not talk in glowing terms of our spring here. On any given day during March through to May our skies can be filled with the spectacle of large soaring birds, it is truly one of the natural wonders of our world and an occasion not to be missed whether interested in birds or not.

Of course, migration is not confined to those more obvious large soaring birds. Our smaller birds also arrive in their millions, either to stay with us for our summer or use the region as a stepping stone for their onwards journey to northern Europe. Many of these small birds will migrate during the night, using navigation of both the magnetic field and our stars to guide them under the cover and safety of darkness. These mass arrivals can by spectacular as falls of these birds can occur in any of the areas near our coasts, it is not unusual for rural parks to host hundreds of these mixed flocks of birds as they seek to replenish their fuel reserves in order to continue their northward migration.

May is a great month to see a great many of our resident and summer visitors, they will be in full breeding mode and those often-elusive smaller birds will be more visible as the males sing the proclamation of territories. Others will have already begun the cycle of procreation and those of our resident birds such as Black Wheatear, Blackbird and others will be feeding young. Our White Stork will be attracting our attention as they pass backwards and forwards with food for their newly hatch youngsters, what a magnificent sight they make as they glide across the skyline of urban areas. Up here in my mountains, the large and obvious Griffon Vultures are also bringing food to their young and allow so very close encounters with these colossuses of my skies, whilst the more elusive Bonelli’s Eagle can be viewed more easily as they attend to their young. It is a great time to go birding!

It has been hard to concentrate on just my birds of the region, the flora has responded to the spring rainfall with a flourish and something akin to a plant’s Olympics happened as species have raced to dominate their respective areas. It has been amazing to see how quickly plantlife recovered from the drought and in particular my local orchids. From low levels of vegetation, my mountains are now a vibrant green interspersed with carpets of flowering plants creating a mosque of colour and a natural tapestry throughout the area. The springtime flora will play an important role in providing food for insects and pollinators will play their part in seed production. Both the abundance of seeds and insects will be essential as providers for the survival of our birds and so this spring’s rainfall will hopefully have heralded a successful breeding season for many birds. Among my favourite spring arrivals is the European Bee Eater, Golden Oriole, European Roller and many other of our smaller birds such as Subalpine Warbler, they all add to the joy of warmer days spent in our region. 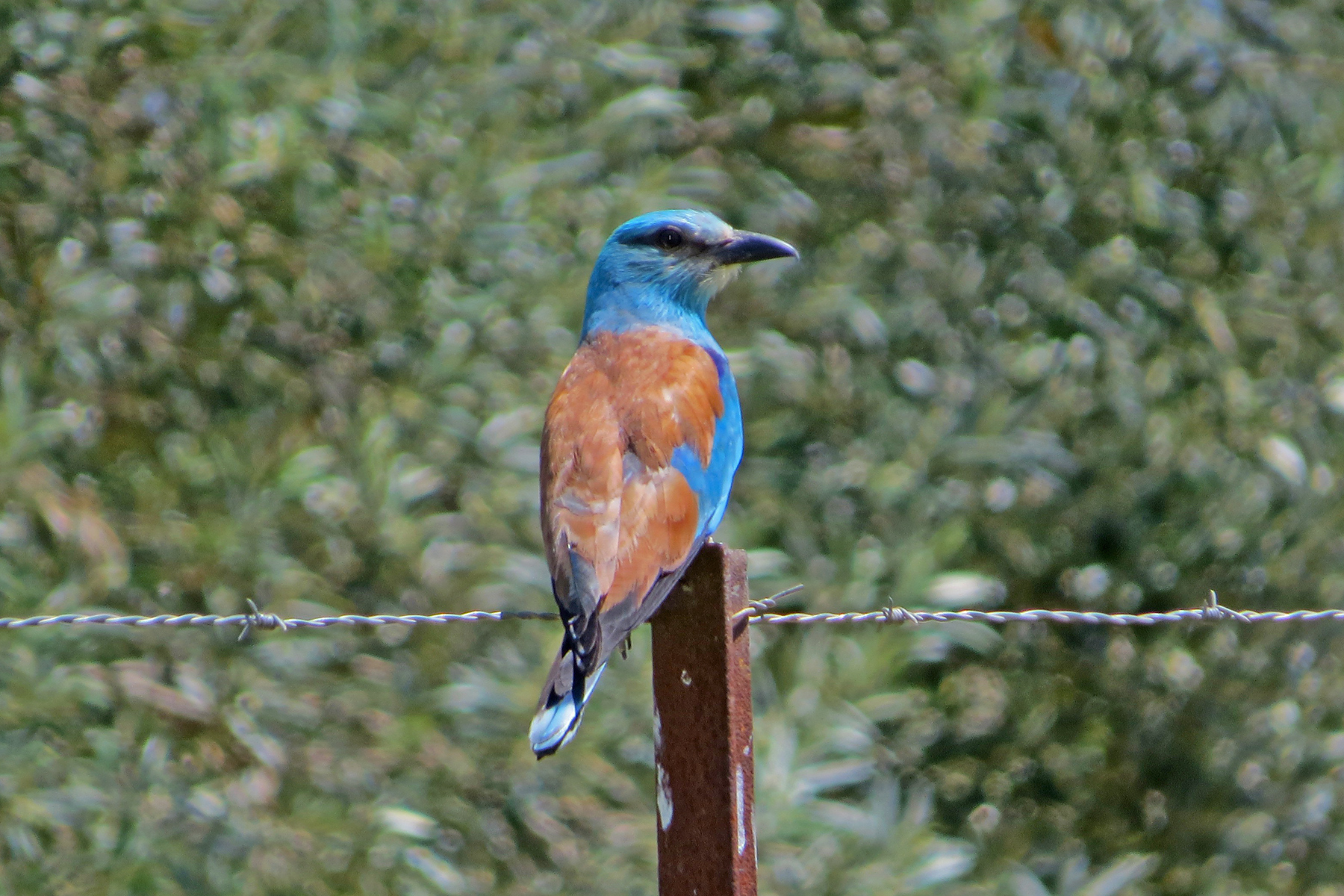 During the last days of April, I finally plucked up the courage to venture on an epic journey of 10 minutes to visit the local bird hide (Algaba). It was a typical birder’s endeavour, or is a masochistic infliction, with tumbling out of bed at an ungodly hour in total darkness, a quick stumble around the kitchen to fill a flask with chilled water and fill a bag full with magdalenas (cakes in your tongue).

After a couple of brews and a quick breakfast, then I was off to the hide. Driver and car groaned at such an early start, but neither had to suffer for long as I arrived 10 minutes later outside the observatory gate. Fumbling around in the half-light undoing an obstacle course of padlocks, I finally settled down for my first cake and cup of well-earned cold water. This is when that perverted twist in events took the shape of Murphy’s Law as he took a firm grip on proceedings. After days and weeks of clear deep blue skies and blistering sunshine, the clouds started to roll over the mountains, Thor struck his hammer producing spectacular lightning and deep rumbling claps of thunder!

I had to chuckle at this conspiracy, the events unfolding to make photography near impossible through an uninspired spyglass window. Rain came in short bursts, the circulating pump for the hide ponds refused to work without direct sunlight on its solar panel, all the while the birds stuck two feathers up at the spyglass photographer. Focusing, in bad light through the hide windows, was a challenge that I wasn’t entirely up to.

However, the birds started to arrive in good numbers with large flocks of Chaffinch descending to crowd the water’s edge for a bathe and drink. Sardinian Warblers and good numbers of Subalpine Warblers hopped and weaved through the Chaffinch mass to grab liquid refreshments, Great and Blue Tit along with Nuthatch bullied their way to the shallows. The bar was crowded, the light was improving and at last I had the chance to maybe take a few decent photos, but Murphy wasn’t finished with me yet. 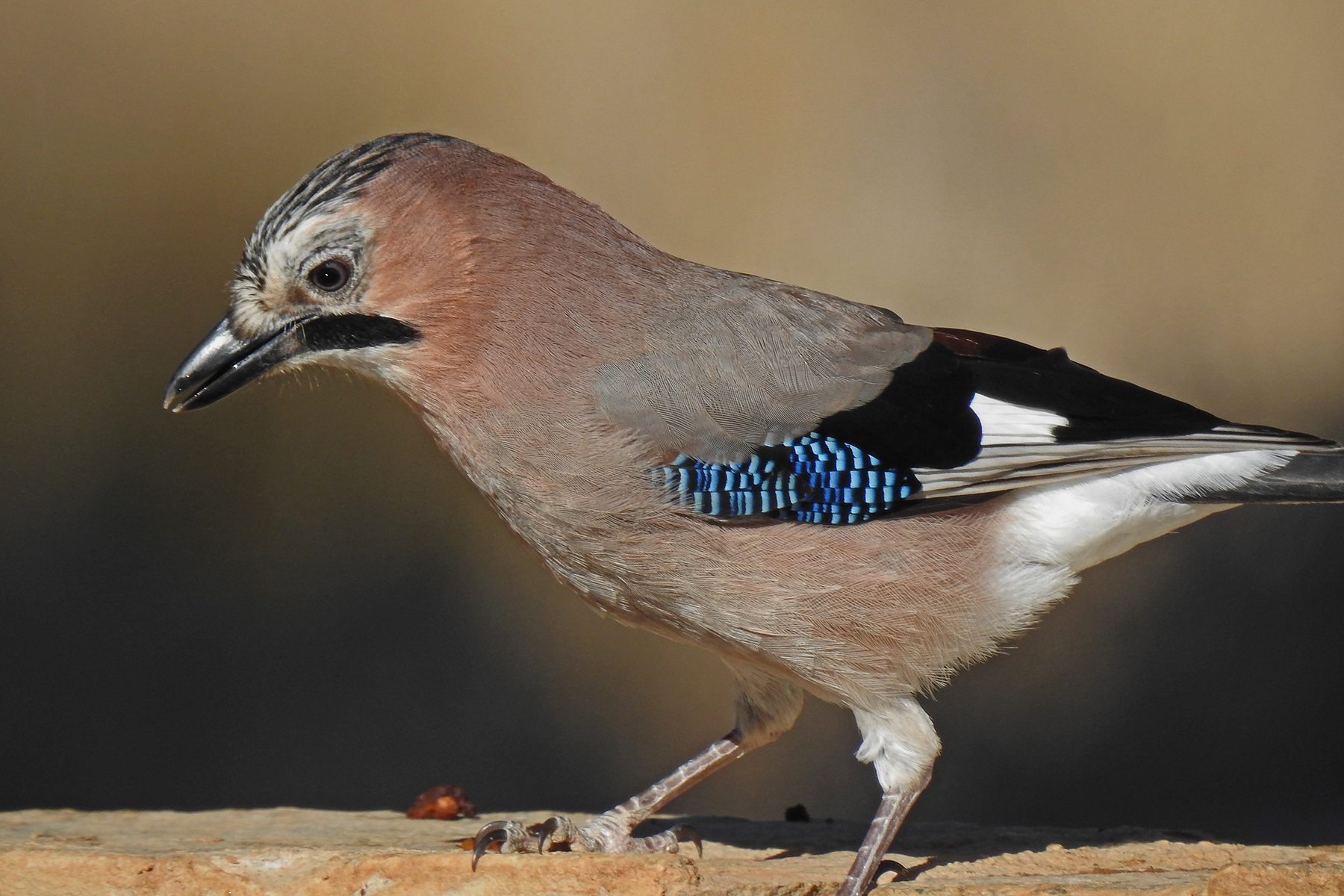 The mass gathering was complimented by an Iberian Chiffchaff and a half dozen Bonelli’s Warbler. That was when a raucous juvenile Jay decided it would be fun to keep up a concerted flock dispersal manoeuvre, with a loud rasping call I took to be a protest at becoming fledged and having to fend for itself. Still, it soon tired of this party game and left after a quick splash around the pond. Within a blink of an eye, the birds returned, and I thought great I can settle down and do battle with the camera focusing. Of course, the show had another anti-photographer twist to events. Just as I felt encouraged and excited to get to grips with the many birds in front of me, a Sparrowhawk did a fly through in an attempt to grab one of my subjects, it was unsuccessful. So, an eventful, if somewhat frustrating, photographic morning. I did enjoy myself and saw around 30 species during the course of the morning, even had a Fox visit and yes it did pose! It was a fun time and if it kept Murphy happy enough to leave me alone for a while then fine.