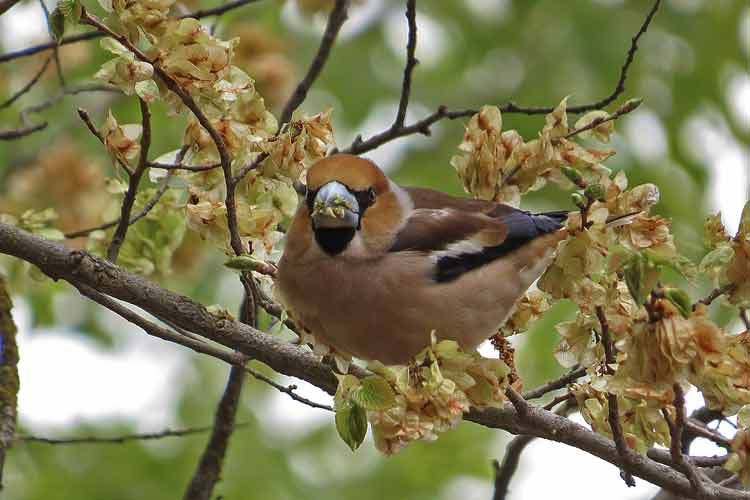 People who move south to Florida for the winter are commonly called ‘Snow birds’ in the US. I imagine we have a similar influx of Northern Europeans here in Andalucia. But for us birders it’s literally true of course; the huge inflow of winter migrants each year, when our disappearing summer birds are quickly replaced by other species. In fact the birds which I like to think of as my Spotted Flycatchers, have a territory outside my kitchen which is taken over by a Black Redstart each winter. He even roosts in the Flycatcher nest most nights. It’s called ‘Time Share!’
The winter movement is, of course, more complex than it first appears. Flycatchers and Black Redstarts are just one type of migration. Another type of medium distance migration is when birds of one species move south to be replaced by the same species from further North. Yet another type of movement is when the birds which spend summer on high ground, move lower down to escape the freezing temperatures.

So what, if all the Flycatchers and Bee Eaters have left for Africa? We have a chance now to spot some real beauties, like Ring Ouzel, Brambling, Purple Sandpiper, Fieldfare, and my star bird; the Hawfinch. Hawfinches are present in small numbers all year but I’ve only seen them here once, in winter. In the cold months they group in small flocks, and they regularly appear in the Llanos de Libar Valley near Ronda.

Descriptive and behaviour notes.
My field guide says, ‘unmistakable’, but birds in winter plumage are often not so unmistakable as you’d think, and can be easily overlooked. If you see a group of very overweight Chaffinches in the bushes, then check them out; it may be a group of Hawfinches. They have the same basic colouring as Chaffinches; pinky/buff, grey, rusty brown and white, but there the similarity ends. At 17-18cm, Hawfinches are some of the heavyweights of the finch group. They look very chunky with an overly short tail, which ends in a broad white band. The head meanwhile, is overly large with an outsize conical bill, which it uses to crack open fruit kernels. The bright colours of the summer male are much dulled in winter, and his powerful, steel-grey bill fades to the same pale buff colour as that of the female. The sexes are then very similar, and both male and female have a black squared-off bib under the heavy bill. In flight they look very front-heavy and show a broad, white wing bar. Short flights are generally in a straight line. Hawfinches have pinkish, short legs and brown eyes.

Like most finches they flock in winter, though Hawfinches tend to be in smaller groups of 8-10, and are very shy, unobtrusive birds. Your best bet to spot them is to sit in your car near a suitable foraging area (see below). Or keep still up against some cover. They will fly off at the slightest disturbance, though if you get a decent view, you will notice the conspicuous white tail band and wing bars. The call is an explosive ‘zik’, though generally they are a quiet species and often silent in winter.

Breeding
Hawfinches can be found all year from Portugal across Northern Spain, to central Europe. The breeding range extends to Scandinavia and the Balkans. They live in older, deciduous and mixed woods, where they nest high up near the trunk of the tree. They favour Beech, Oak, and especially Hornbeam. In the breeding season they normally stay high in the tree canopy and are very difficult to see. Should you ever be in the right area, and be extremely lucky to spot the nest from below, you would see a neat cup of twigs and roots, lined with finer materials. The eggs, 4-6 in a single brood are laid in April/May, and are generally off-white with irregular, dark streaks and flecks. Generally they are incubated by the female for 11-13 days, with another 12-13 days to fledging.

Habitat and Food
In summer, Hawfinches eat mostly hard seeds from trees and fruit kernels, especially those of wild cherry, which it cracks open with its powerful bill. The bill and accompanying jaw muscles can exert a force equivalent to a load of up to 50Kg, which means that they can even crack open olive stones. Here in Andalucia in the winter, they tend to like higher, unpopulated slopes where they can find Hawthorn or Rosehip berries. They will also take insects and any caterpillars they find on the bushes, as well as leaf buds. Sometimes Hawfinches will scavenge on the ground, when they hop rather than walk.
In the Llanos de Libar, they have been seen near the entrance to the valley, in amongst the dense Hawthorn bushes, on the slopes under the cliff walls. Find a good spot, be very quiet and still, and, good luck!