During 2020 a new hacking campaign could not be carried out in the Sierras Subbéticas due to bureaucratic problems, attributed to COVID-19 and other causes that, as it is said in el Quijote, “… whose name I do not want to remember”. However, during the year of 2021 we resumed our commitment with enthusiasm to continue trying to reinforce the Barn Owl population in this area. It should be mentioned, we were still able to construct and site many new nest boxes during 2020. 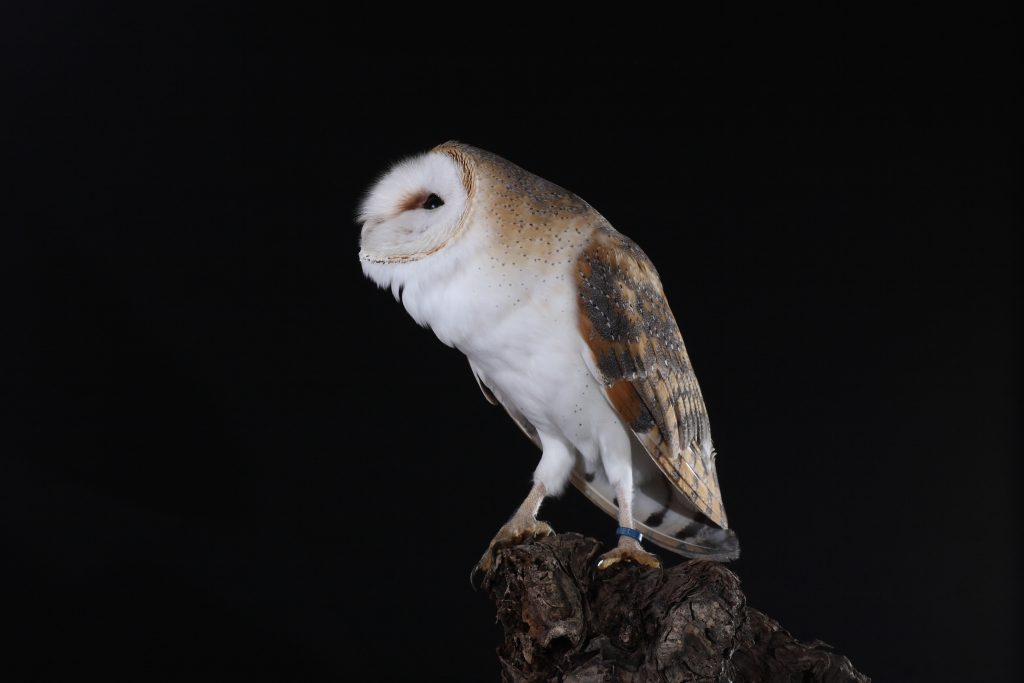 The Barn owl is a species that, as a nocturnal bird, tends to go unnoticed by most of the population. Formerly all the towns and villages of the Iberian Peninsula, had at least one pair breeding in their haystacks, dovecotes, attics or in the church tower. It was normal to see them at nightfall flying over the rooftops reflecting the light from the streetlights on their completely white breast. 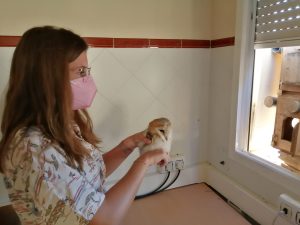 Tireless hunters, they search open areas, forests with clearings and orchards in search of its main food: mice, voles, shrews … thus becoming a magnificent ally of farmers, as it helps to control rodents that damage their crops. But, unfortunately for them, and as is often the case more often than desired, human beings have failed to appreciate such help and, as with other animals that start their journey when night falls and people become vulnerable, it had been related to the devil and evil spirits. For this reason, it was persecuted and killed, causing many casualties in its population. Later other problems would come, such as poisons, abuses and, possibly today the main one, the lack of places for rest and breeding.

Explora Natura, has been directing the project for the conservation and reinforcement of the species in the Subbética “Proyec-tyto alba” since 2009, having released a total of 54 individuals through the Hacking technique, of which all except one female, managed to survive. At least until the independence of their specially constructed nest boxes.

During 2021, we had managed to release nine owl specimens, which were in the facilities from the end of June until the 13th of September, when the nest boxes were closed. This closure takes place when several days pass in which the animals do not come to the facilities to eat, assuming that they already do so by themselves and have become independent from what was their home to date. 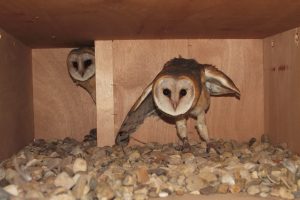 In 2021, eleven Barn Owl nest boxes had been placed in different locations suitable for the species. Places where there is no regular presence of feral cats, protected from inclement weather, with almost impossible access for humans and in three different municipalities (Cabra, Carcabuey and Doña Mencía). In these towns we have managed to involve the corresponding town councils and the management of the Sierras Subbéticas Natural Park, collaborating with them in the manufacture and placement of nesting boxes.

Once again, we have found a great collaboration in our association with “Andalucia Bird Society”, who generously donated € 500 for the project, having been invested in the acquisition of nest boxes worth € 314.60 and the purchase of food for the young owls. Both invoices were forwarded to the president and treasurer of ABS. The Barn Owls of the Subbética thank the Andalucia Bird Society!

Looking ahead to next year, we will continue our efforts not to let this precious species stop flying over the rooftops of our towns. Unfortunately, it is not an emblematic animal like the Spanish Imperial Eagle, the Iberian Lynx or the Great Bustard, so there is no short-term effort to fix its condition by politicians and the administration. In fact, the project does not receive any help except for donations from associations, individuals, the Cabra town hall and the contribution made by the environmental education company Explora Natura.

For this reason, we are very grateful to the Andalucia Bird Society and its partners, since the interest shown by this group of bird lovers is one of the reasons that keeps us with the same enthusiasm as the first day.