It is pleasing to present the latest news update on our Montagu’s Harrier project. As you will read, the project has expanded to include an area near to Benalup in collaboration with the Ministry of the Environment. The project has had its setbacks with unseasonal heavy rains and cold temperatures during this spring, something I elude to in my editorial. Despite these setbacks the project is proving good value for the Society’s involvement, not only with conserving the species, but also spreading the word to local schools on how important this work is. Again our increasing membership is helping to give sufficient funds to financially support these crucial initiatives, so please do tell friends of our good work and encourage them to join us.

This year the expectations of an improvement in the situation for the population of Montagu’s Harrier in La Janda, saw us starting to work hard from the end of March, going through all the known areas where the historical reproduction of this species was known. 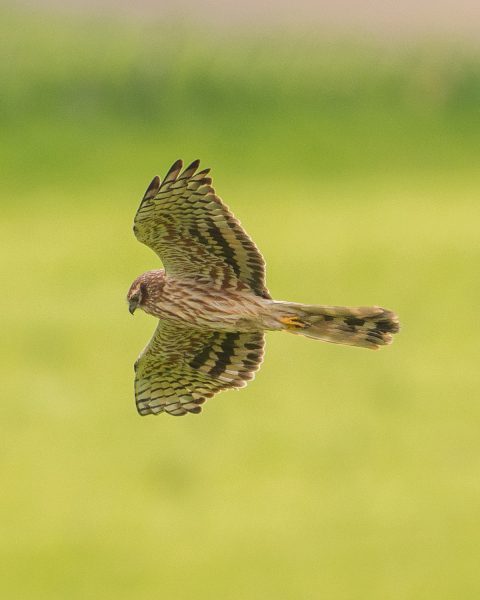 At first, when the birds were in the phase of locating optimal areas for reproduction, 3 pairs were repeatedly observed in the vicinity of the breeding area of ​​2017, right on the plot managed by our association (planted with oats last December 2017). Unfortunately this spring was one of the rainiest in history, also very cold, affecting the life cycles of both the vegetation and the birds themselves. The oats did not reach sufficient growth to be selected as the breeding area, which eventually caused the birds to leave to look for other more suitable plots. As an aside, this action has facilitated the reproduction of the Little Bustard, an event that has not occurred in the area for many years.

In this plot we also have been able to identify 2 ringed Montagu’s, specifically L7L and 8W3 (more details in box), which remained in the plot at least until April 26. During this period we were able to locate the definitive breeding area for Montagu’s Harrier, with 4 couples, three of them located on public land and the fourth very close in a beet field. The location in a public area is in fact something that has not occurred for at least in the last 15 years of monitoring the species. We were able to identify 5 birds, (two of them the same ones observed at the plot of Tahivilla): L7L, 8W3, HRW, HPF and 7XJ (details in the table below).

Soon we will be able to appraise the situation with these pairs, verifying the result of their reproduction. In principle, these couples will not suffer the affect of the harvest, although we are very concerned about the inconvenience they may suffer from the high turnover of both people and predators. 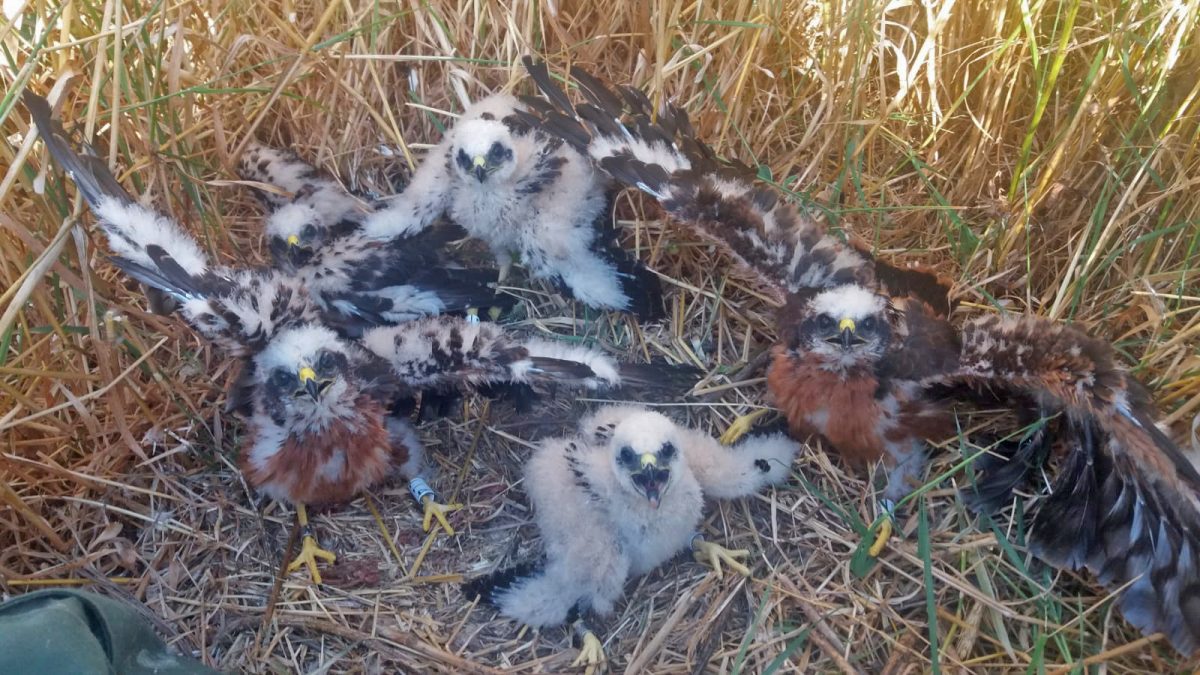 In conclusion, we can say that the number of couples in the area of ​​Tahivilla in La Janda remains stable with the successful incorporation of wild birds born in the area in 2016 and 2017, this is thanks to our action with the purchase of crops made during those years.

In addition, different disclosure actions have been carried out: