Our main conservation project and commitment for Montagu’s Harrier had a difficult year due the severe cold and wet spring of 2018. Planted crops suffered, spaces made suitable for breeding pairs suffered and hence the number of successful pairs was much reduced. It was an experience reflected throughout the region, many early breeding birds affected by lack of food and dry habitat to enable successful breeding. Our Montagu’s Harriers did manage to find alternative sites, but in reduced numbers and with varying success, it had been a frustrating year for all those volunteers involved with the project. Despite all the setbacks, the project enjoyed relative success, continued with their education project at local schools and furthered their working relationship with the regional environmental agencies. It is crucial we continue our support and along with all those involved, we hope for a more successful year during 2019.

1. Campaigns For Environmental Education And Dissemination 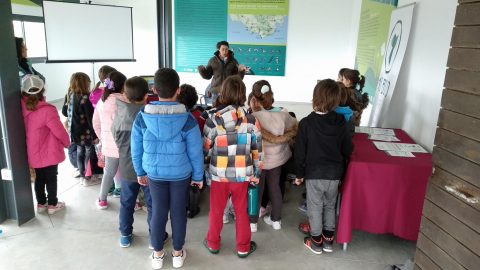 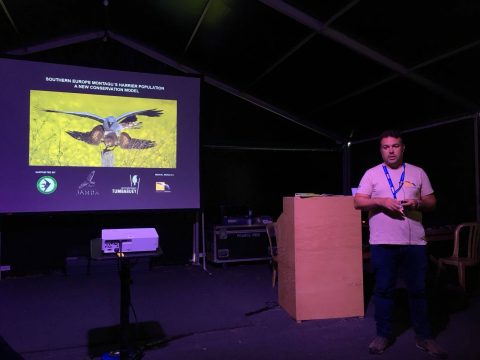 In addition to the page of the association we have a specific page for this project.
https://www.facebook.com/AguiluchoCenizoJanda/

A corporate image of the project is designed to better disseminate it. The design is used in all talks and communications, in the same way that it is used for the production of T-shirts and stickers.
A brochure is also prepared, in Spanish and English, to make the project more widely known, it is left in different information points and is taken to different events.
Creation of informative web of the project: www.aguiluchosdelajanda.es (under construction)

3. Following Reproduction Of The Species – Censuses and conservation actions of the breeding population

This year the expectations of an improvement in the situation of the population of Montagu’s Eagles in La Janda, saw us start working hard since the end of March, going through all the known areas where the historical reproduction of the species is known. At first, when the birds were in the phase of locating optimal areas for reproduction, 3 pairs were repeatedly observed in the vicinity of the breeding area of 2017, actually on the plot managed by our association (planted with oats in the past December).

This season, spring was one of the rainiest in history, affecting the life cycles of both the vegetation and the birds themselves. The oats did not reach a strong enough condition to be selected as the breeding area, which eventually caused the birds to leave to look for other more suitable plots. This action has facilitated the reproduction of the Little Bustard, an event that did not occur in the area for many years.

Days later we located the final breeding area, with 4 pairs. Three of them were located on public land and the fourth very close in a beet field. The location in a public area is a fact that had never occurred or at least in the last 15 years of monitoring the species. 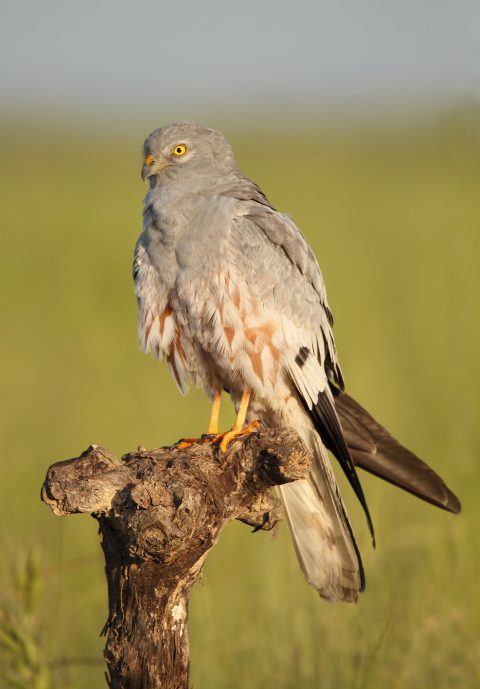 The final result is that only one pair managed to reproduce successfully, where 4 young were raised. Human disturbance was the cause of failure, being a public place does not provide the peace of mind necessary to succeed.
Tests have been carried out with a Drone for the location and monitoring of nests.
Flying young and an aerial image during the marking of one of the nests were taken with a drone.

In conclusion we can say that the number of pairs in the area of Tahivilla in La Janda remains stable with the successful incorporation of wild birds born in the area in 2016 and 2017, thanks to the actions of purchasing crops made during these years.

This year we have extended our range of action to another area of La Janda collaborating with the Ministry of Environment in the Benalup countryside.
There we left standing about 1.5 hectares of cereal with three nests inside, one of them failed and the other two successfully raised 5 young. The cost of this action was € 600.
Purchase included a safe zone between the mown area and the respected breeding area in the Benalup plot i.e. nests and nestlings.

This action has a great social and environmental impact. Both the local population in the first place and the tourist population that seeks to enjoy our natural environment in second place will benefit from the presence of a species of this calibre. On a practical level, participation has been very important, with members of our association, collaborators, owners, farmers, educational centres, conservation sector, tourism sector, administration, etc.

4. MARKING AND MONITORING OF INDIVIDUALS WITH METALLIC RINGS AND DISTANCE READING 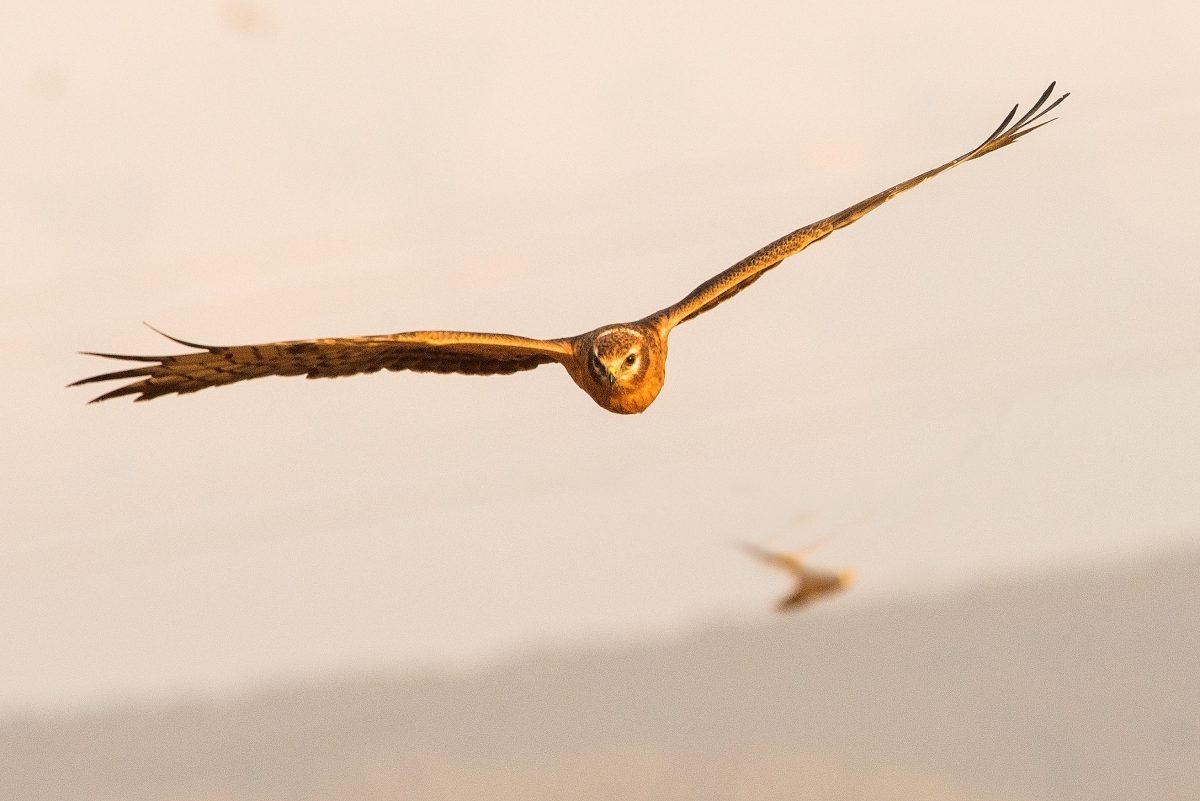 JUSTIFICATION OF ECONOMIC EXPENSES CARRIED OUT

The Tumbabuey ringing group is part of the Tumbabuey Ornithological Group Association with CIF: G72234784, association number 10555 of the Andalusian Associations Registry of section 1 of this registry unit is attached to the Office of Migratory Species of the Ministry of Environment, Rural and Marine Environment with registration number: 960009, it is also a Collaborating Entity in matters of flora and fauna of the Ministry of Agriculture, Fisheries and the Environment in the Wildlife Management Section of the Andalusian Register of Harvesting of Flora and Fauna and Wildlife with registration number 12/2013 / EC / SSCC / SGFF / RAFFS