The population of Montagu’s harriers in Tarifa, close to Tahivilla, may be one of the best-studied and informative populations in all of Europe.
Since 2004 the members of the Tumbabuey ornithological group have been working hard in the conservation and study of these birds of prey in the province of Cádiz, focusing their efforts on the region of La Janda.

During these 18 years of work, data of a very diverse nature, but of great importance, have been taken to analyse the evolution of this population throughout that period of time. Offering tools to optimize its conservation.

We have been systematically collecting georeferenced data, including:
• Number of nests per year.
• Reproductive success or failure and cause of failure.
• Type of agriculture and/or substrate of the nest location.
• Type of conservation action and its cost.
• Harvest dates of the plots where the nests are located.
• Productivity.
• Fledgling rings per nest.
• Rings of adults per nest. 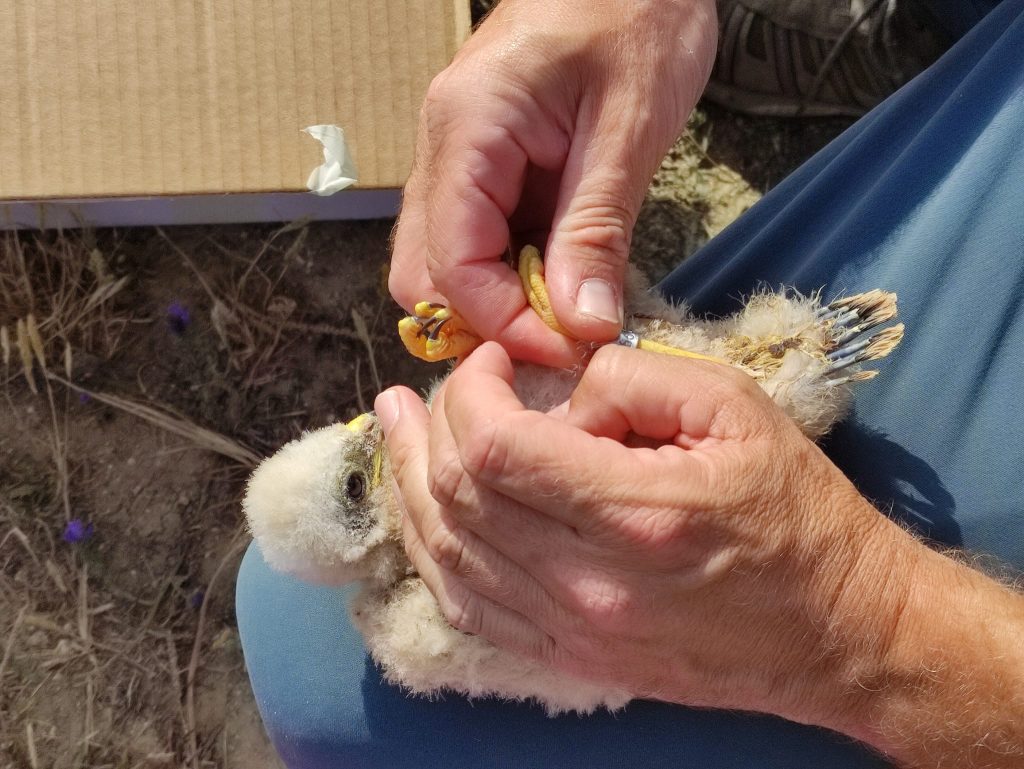 After having had the lowest numbers in the historical times, hitting bottom in 2019 with only two pairs in the entire Tarifa territory, this year we can say that we have managed to buck the trend, thus avoiding the free fall towards the extinction of these harriers.
The status of the southernmost population of this species in the Janda region has been completely stabilised by the reproductive successes of previous years. There has been a considerable increase in the number of breeding birds in response to our conservation actions, based on the purchase of large areas of standing grassland.

From 2009, when two major conservation actions were carried out, until 2016, when these conservation measures were resumed, the local population decreased in an alarming way. During these years of little renewal of individuals, the measures carried out were basically rescue, limiting actions to the protection of nests in small stands. Interventions; which on very few occasions ended successfully and on some occasions left the annual flight rate at 0, a bleak outlook for this raptor from the campo. 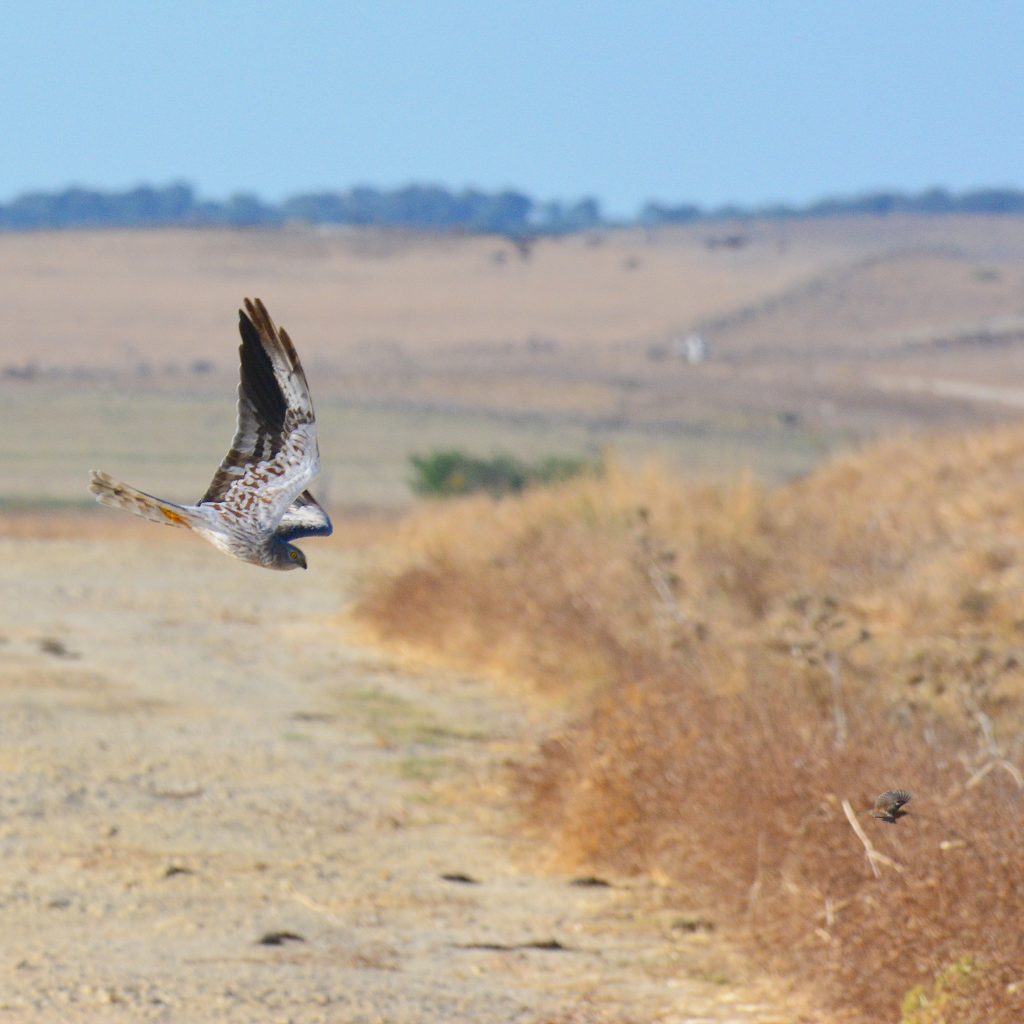 In 2016 we decided to change the conservation model definitively and focus it on the purchase of standing crops, the leasing of plots and the creation of micro-reserves for the safe reproduction of these birds. Since then, and thanks to private funding (companies, associations, patronage, etc.), only actions on this level have been carried out.

These direct measures, together with the incorporation of birds rescued from all over Andalusia and released through the field breeding technique or “Hacking” have made it easier for the population not to disappear and to recover little by little.

The keys to success have been the selfless work of dozens of volunteers, the collaboration of owners and farmers, and the unconditional support of private entities that have provided the necessary economic muscle, for example the Andalucia Bird Society.

At the population level, we can say that the weight of the recovery has fallen on two individuals who have acted and who act as patriarchs. The incorporation of individuals from their dynasty, specimens from hacking and specimens attracted by these reproductive nuclei have resulted in a doubling of the number of pairs compared to last year.

The history of 7XJ and 8W3, deserves a full entry for them. Meanwhile, we continue working so that during the year 2021 as many young as possible fly in Tahivilla.