The Montagu’s Harrier is well known as a familiar medium-sized raptor to be seen quartering the plains for prey and one that, not too long ago, was abundant throughout Cadiz. Its population has declined at an alarming rate, disappearing entirely from many localities and decreasing drastically in others.

It must appear that Montagu’s Harriers are absurdly incapable of learning, as they continue to lose their young by persistently choosing to nest in cereal fields. Yet they do not learn and year after year as they move ever closer to the very edge of extinction, they rely increasingly and fundamentally on the collaboration of farmers. However, those of us that are directly involved in their conservation, believe that improving their circumstances is very easy and not beyond our utopian dreams.

Who has never considered if there is not a better place to put the nest than in a modern and changing crop field? How can they think that to place their eggs directly on the ground in the middle of a cornfield is the best choice?

For them, long-awaited green meadows and endless steppes have not disappeared, but remain hard-wired in their genetic memory as the best places to raise their offspring; the safest, the least disturbed and the most productive. They are still looking for the ideal but what do they find? Fields similar in appearance, but they become the deadly trap of progress as these cultivated fields are treated, fumigated and quickly mown.

Our Montagu’s Harriers, unfortunately, have not had time to evolve alongside crops and tractors. They have been unable to shorten the reproductive cycle and have not been able to learn, that in these homogeneous fields of cereals the harvest always comes before the end of their breeding cycle.

There is no reliable population data to refer to; historical records rely only on accounts giving their status as ‘very abundant’ and ‘present everywhere’. Not much use when looking for comparative data. More recent studies, sadly, shows us that there has been an alarming decline and a drift towards extinction. 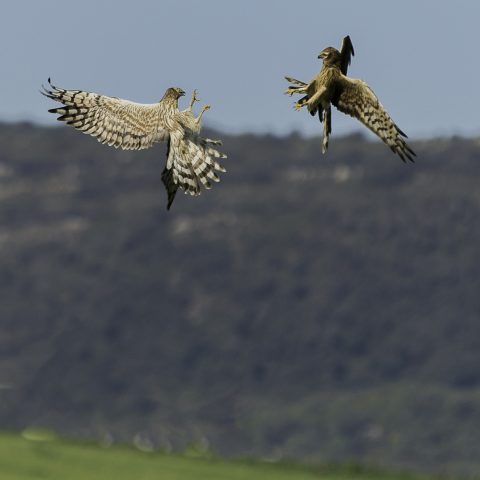 In Cadiz province, they occupied all fields and marshes, the coastal strip running from Tarifa to Conil contained large populations, with the former lagoon of La Janda and surrounding area once being their stronghold. Fortunately today the Jerez countryside best supports these harriers against the onslaughts of increased cultivation and its population is stable and possibly a source of individuals for the rest of the province.

In the south of Cadiz province, where crops are even more like their coveted and anachronistic steppes, it seems that everything goes faster; the harvest is expected evermore early. The dominant culture locally in farming has, in the last couple of years, seen oats harvested whilst still green (for use as a fodder crop). Oats, as a favoured nesting place, has since become a disaster area for these harriers.

Tarifa naturalists have been working with this species and farmers for nearly two decades, but all our efforts are too little. Today all farmers know and respect the species; signposts are erected to indicate the presence of the nest before harvest and those who drive the machines are our best allies, but progress is slow and the future uncertain.

There are times when the nestlings have not yet finished their development when harvesting starts. Nests that are respected are left with a surface area between 100-200 m2 un-harvested and sometimes these may have young on the wing, but in most cases, the adults abandon incubation due to the disturbance of the harvest or the young become food for opportunist predators who visit these islands of vegetation as a refuge or food source.

In addition and also very significantly, in recent decades the area has experienced a rapid increase in the development of new wind farms resulting in additional networks of tens of kilometers of new roads and underground and overhead power lines. These new infrastructures are totally incompatible both with the conservation of the species and with habitat conservation, causing significant fragmentation of the territory.

As a result of all this our harriers are facing an agonising situation, not because they are stupid, but rather they are not fast enough to react to the abuse to which they are subjected. They have now become totally dependent on our efforts to protect them.

The measures taken so far and the support of farmers, whilst highly commendable, have not been sufficient. Productivity is not back to sustainable levels and the number of pairs continues to decline. It is a drastic situation in difficult times where we urgently need different solutions and this is where we find ourselves at the moment.

Contributions for administration and social mobilisation are the only possible answer. An unsuccessful traditional campaign for the rescue of this species needs to make the leap forward to new and more expensive plans.

So in 2016 we started the campaign for Montagu’s Harrier conservation in La Janda, in which the priorities were to increase productivity and strengthen the population. To do this we have devoted great effort to purchase crops in their entirety and in time for the young to successfully fledge, become wild and complete their development. 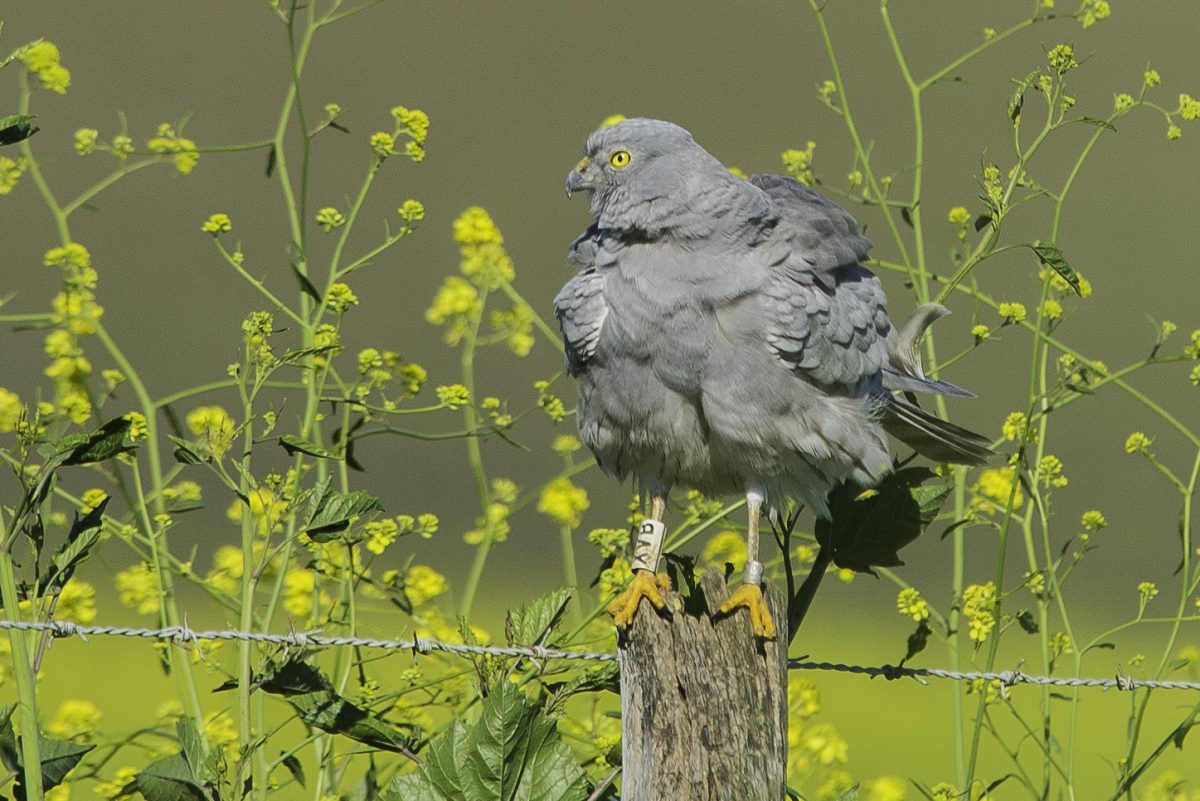 As a part of this project we have so far released 17 birds rescued from nests endangered by harvesting elsewhere in the province using **”hacking” techniques, they will join the local population in the near future.

All this work has been done through a network of selfless volunteers and thanks to the contribution of many patrons, who want to support the conservation of the species. Thanks to them we have taken this first step to improve the situation of Montagu’s Harrier locally, a step that may come to nothing if not given more and bigger global support for this species, a species that depends on all of us for their survival.

The next and most difficult step will be to get funds to create the ultimate solution, micro-reserves to secure the long-term reproductive success. Recalling in our account of how we have stolen their habitats, which are still disappearing at an unsustainable level, we have no other choice but to keep trying and hoping we can make a difference.

Will you help us? Can you give a donation to help this species survive? We very much hope you will help us in our efforts to save this superb harrier as a breeding species in our region. For those willing to help this is our account number, if you want to make a contribution to the conservation of Montagu’s Harrier in the region of La Janda. Bank name: Triodos Bank Account name: Asociación Ornitológica Tumbabuey Acc. Number: ES88 1491 0001 2121 7969 8325