The beautiful Montagu’s harrier is an emblematic bird of warm open spaces like extensive grassland, heath and steppe. Like many species associated with this habitat its population is declining. In Western Europe around 70% of the breeding population relies on agricultural land, making it vulnerable to disturbance and nest destruction. Given this it is the subject of much conservation effort and in some counties, for example Germany, the population is increasing.
However here in Andalucia there have been steep declines and the Andalucía Bird Society deemed it suitable to support a conservation programme. Thus we partnered with Tumbabuey, a conservation team with a long and excellent track record with this species. Below is the heartening report from them for the 2021 breeding season.
During the spring of 2021 we can confirm that the work carried out in recent years with the Montagu’s harrier has begun to have a significant impact on the conservation success at a local level.
The number of breeding pairs and the number of young raised in our work area (La Janda) have grown significantly. Joining the cast of these birds were several birds from those released during previous years of the project, these birds reinforced the population through the controlled release of young birds rescued in Andalucía through the hacking technique. 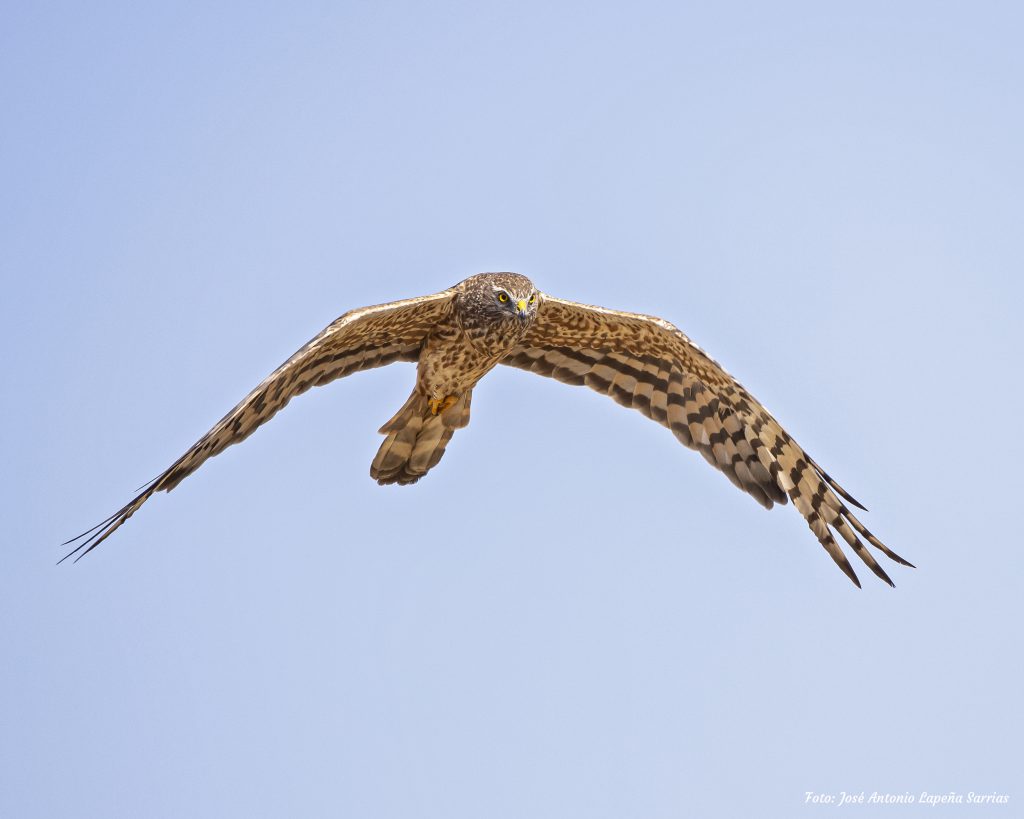 Tumbabuey are very proud to talk about the conservation of Montagu’s Harriers and to try to carry out actions of this kind as a priority. We would also emphasise that the rescue or rescue actions are only carried out in situations of extreme urgency. The social movement of volunteering, together with the financial support of various entities, is the only way to ensure the survival of many steppe birds we currently have in Andalucía. 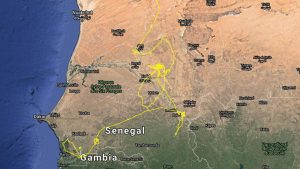 The budgetary limitation that firmly binds the environmental administration, only allows them to carry out rescue actions. Actions in which the undisturbed environment for the successful breeding and the reproduction of these birds is directly confronted with the economic objectives of the farmers, yet another consequence of agriculture impacting adversely on our fauna and flora. The rescue of nestlings and the signalling of nests is nothing other than the failure in the conservation of this species.

The dissemination of the work carried out over the study period came to fruition during the past season of 2021, one of the priorities was to ensure that the knowledge of this species is expanded and what impacts are better understood in order to help in its conservation. Different events and various congresses were attended to promote the value this project. Work with schoolchildren continues to be essential to bring the local population closer together.

Another relevant event in this regard was the holding of the “II Night of the Agui-Lucha”, a meeting that consisted of a day open to the public and was made up of several talks on harriers and the environment. Its ultimate goal was to celebrate the work done by the volunteers. There was also a concert in celebration of our work.

Results of priority areas of work

Except for the Benalup countryside area, the rest of the areas increased both in number of pairs and of young successfully fledged. Of the 13 pairs we have worked with, ten have been successful (77%), with an average productivity of 2.23 young fledged per pair.

To carry out this part of the project, more than 20 volunteers have been in charge of the care and feeding of the Montagu’s harrier young on a daily basis.

Wintering areas of Jaén (M5C) in the Sahel 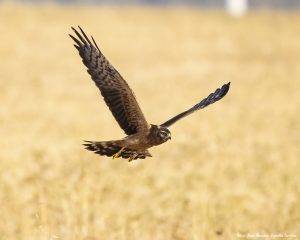 During 2021 only 14 young were rescued in Andalucía and these were subsequently successfully raised and released, they came from the provinces of Jaén, Cádiz and Seville.
Two of them were fitted with a gps-gsm transmitter to enable us to monitor their progress:
• Janda – bird from Bejigar (Jaén), was introduced into our facility on May 30, it crossed the Strait on August 2 and after spending time near the Merja Zerga area in Morocco, it appears to have died in a valley of the High Atlas on September 10. The remains of the emitter indicate that it could have been preyed upon.
• Jaén – bird from Jerez (Cádiz), rescued on June 8, crossed the Strait on August 15, remains alive in Gambia.

In addition to the birds released this season, wild birds and birds released in previous years appeared to feed at our facilities. So, in conclusion, our project enjoyed a successful 2021 and we are encouraged to continue with our work to increase the conservation efforts for this unique and beautiful harrier. It is with much gratitude to the Andalucía Bird Society that with your past and present support we are able to continue with this valuable conservation project.

I am sure that you will join with us in sending your congratulations to this professional, dedicated and selfless team who work so hard on behalf of the Montagu’s harrier. Next time you visit La Janda and see this beautiful bird, it will in large part, be down to their efforts. Should you wish to make a personal donation to this or our other conservation programmes, then please do get in touch with us, every Euro counts and 100% of this goes directly to bird conservation.