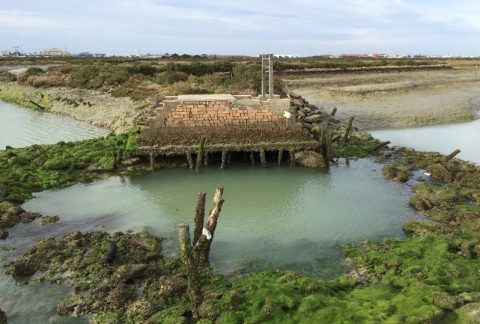 Step by step, but not as fast as we would like, SALARTE keeps working to recover Trocadero Island. Working in a marshland that the responsible authorities ignore, every week we are challenged by new obstacles which have to be overcome. As previously reported (winter 2017 issue), we finished stage one of the sluice gate and outer wall reconstruction works thanks to our arrangement with REE (Spanish Electric Network Co.) to employ four specialist, highly skilled workers. Sadly this agreement ended at the end of March this year and no further funding can be found from either local authorities or commercial enterprises. To make matters worse, in the Semana Santa period, the boat belonging to Ricardo, together with the 40hp outboard engine owned by SALARTE was stolen. The boat was recovered after two days but we fear the engine has been lost forever. We reported the loss to the National Police but in spite of their best efforts they hold out very little hope of recovery. Some ABS members may remember the boat from their last visit to the saltpans. 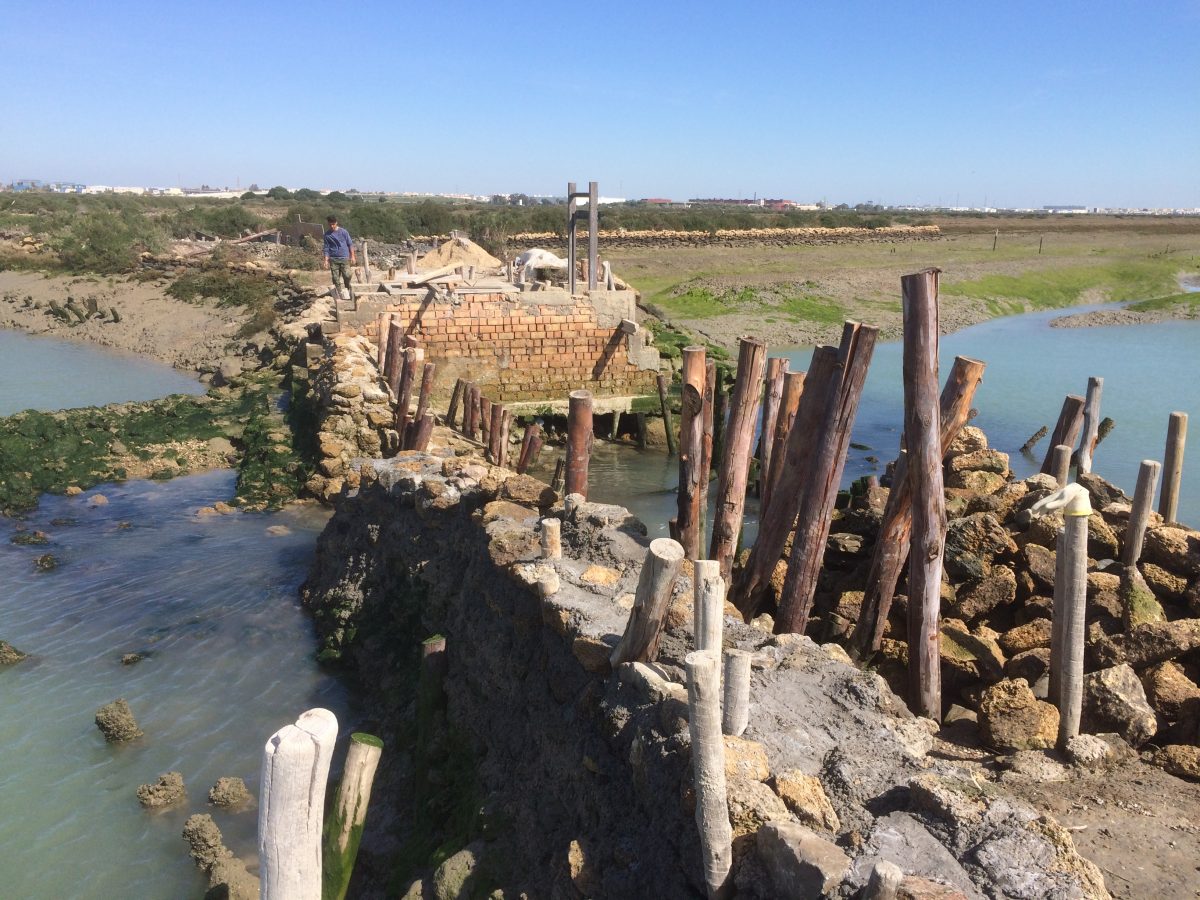 So we have a boat, that is lent to us, without an engine, but work goes on as the seasons progress. We can positively report that because of the outer wall work the estuary is now storing some water. This has had an excellent affect with life returning to the area. Ospreys now feeding, six pairs of Spoonbills raising young, along with other waders like Kentish and Ringed Plovers, Redshank, Black-winged Stilt and Avocets all thriving.

It’s not only because of the repair works that this success has happened, a large amount of the credit must be given to Ricardo and his son Daniel, known as Los Machaca – the marshes guardians – their stewardship and monitoring of the birds is unrivalled. 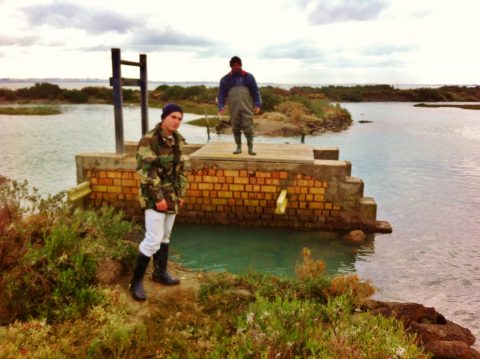 Regarding the total La Covacha area, this natural reserve is still open to the sea and subject to four tidal movements a day. So we never stop seeking new and additional outside partnerships to help us maintain this important natural resource. Meanwhile the voluntary workforce that is our mainstay, continues with the monitoring and control works within the observatory along with maintenance of the pier and equipment room. We need financial support to maintain this ancient working, saltpan which is really the responsibility of the Andalusian Government.

We also mentioned in the last article that AIRBUS was fund raising among their employees at the nearby Puerto Real factory. Sadly no money has yet materialised so the proposed works we planned have had to be postponed.

SALARTE realise the enormity of the work undertaken, and so far have invested from various sources 30,000 euros into the project, plus countless hours of un-paid voluntary labour by our supporters. We are convinced that with a little more monetary assistance, from whatever source, the saltpans would recover to their natural state, meaning self-sufficiency for all life, albeit below, on, or above the water. It is a non-stop fight but we will never give up.