Approximately 2.500 years ago, when humans discovered that they could transform the marshland, they learnt to use the tides towards their benefit, such as producing marine salt and estuary fish. Thus, they were unknowingly providing optimum conditions for the environment and their plants and animals alike. Actually, when a salt-pan or an estuary is managed by people, biodynamical conditions favour ecological niches for the different species to settle down there, these would have not been able to develop without human intervention. The construction of perimeter walls, lock-gates, estuaries, all kind of meandering spaces and crystalline zones, it´s an excellent set up for nesting, breeding and resting for all migratory birds across their Europe and Africa intercontinental flights.

It’s indeed important to work the marshlands; without the human hand the biodiversity level would be difficult to create. Otherwise the old controlled flooded areas would be full of mud, clay and sediments. Some other areas would dry up – away from tides – where the stream doesn’t normally reach, while others turn to naturalised marshland again.

It is sad though that nowadays La Covacha is seriously damaged. Due to this, it would generate unemployment, lack of biodiversity and tourism of natural interest as well as high quality organic produce. It would stop researchers coming to study the area, teachers and both national and international journalists visiting the area. It would also stop being used as an open space classroom for undergraduate and postgraduate students. It is sad, but the administrative apathy, bureaucracy, jealousy and envies have been stronger than the SALARTE volunteers’ effort who made possible the recovery of the Eurasian Spoonbill colony that had disappeared in 2010, the breeding of the first Osprey pair in Cadiz Bay and the development of a natural aquatic community ecologically stable. All these were achieved by the daily management of the water levels throughout 2 years.

La Covacha salt-pan faces one of the worst situations in the last decades. SALARTE volunteers’ efforts to keep tides away from the outside door had been unable to stop the ocean force. 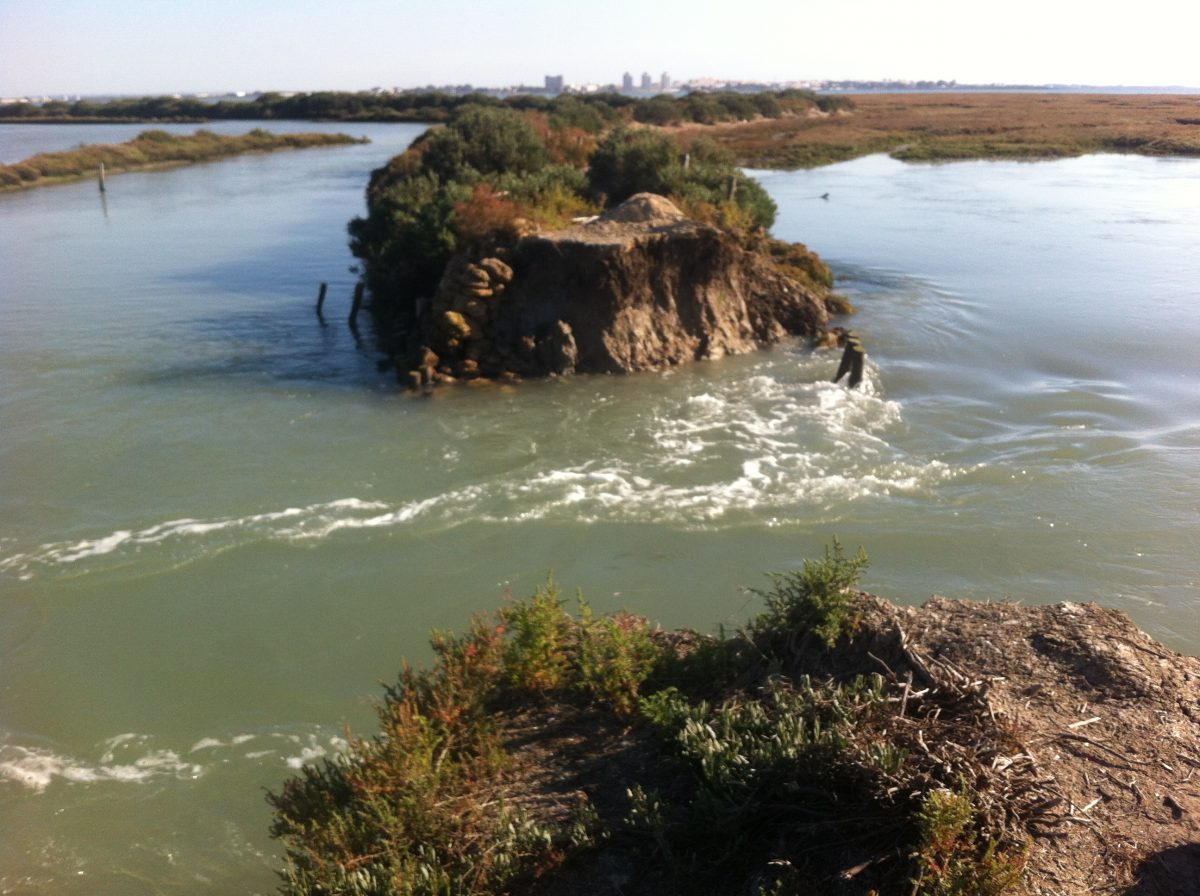 Despite human work to keep the biodiversity, La Covacha is now damaged and left to the tides. Every 24 hours tides go up and down twice, reaching up to 4 metres difference between low and high tides.

Since 4th February 2014, SALARTE has repaired up to nine times the perimeter wall that protected the island interior from daily tide approach. On 1st of August a three weeks refurbishment of the most complex area was done by four professionals and several groups of volunteers, but this was not enough, unfortunately.

On 28th August we received a visit from a TRAGSA engineer and the CEO from Cadiz Bay Natural Park, who tried to take control of the situation. With the unselfish help from this engineer, SALARTE presented a technical project to the Andalusian Government to be put in to practice by the regional administration. By chance, also in August we helped to discover some European monetary funds, which was allocated to invest in green infrastructure developments, saline and public paths in Cadiz province. Also 10,000€ was used towards reinforcing the perimeter wall already refurbished by SALARTE to be able to keep it open to the public, but sadly this last project was unsuccessful.

SALARTE was involved in more activities besides what was expected by La Covacha and the Andalusian Government. Also, the NGO was only authorised for two years to take on board certain activities, but in October SALARTE restored the wall again with the help of friends and businesses in the area. Unfortunately, while this refurbishment was taking place, strong tides took away all the hard work and made it very difficult to recover the initial investment of approximately 10,000€ as we needed to work with machines that we didn´t have. 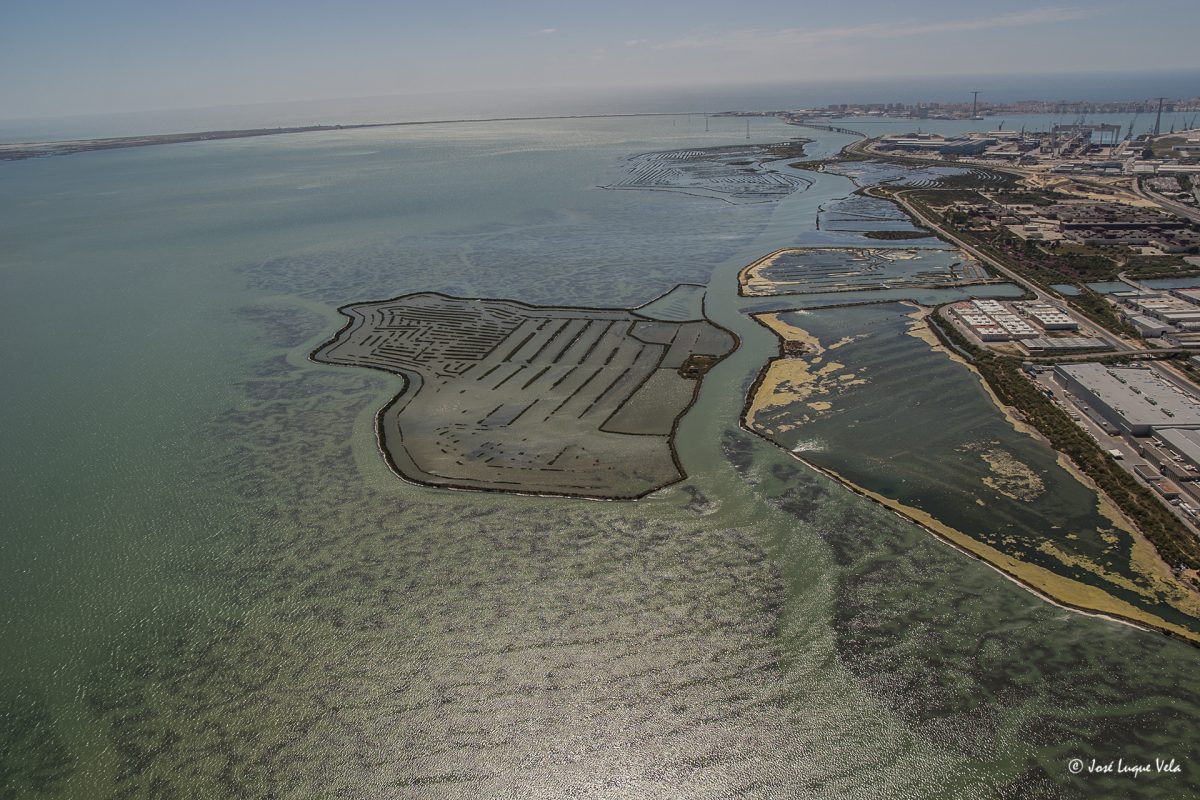 Finally, and even though help was requested, the rest of the unfinished lock gate was taken away by the tides on 12th March. Since then, La Covacha is an aquatic system out of control. The water layer doesn´t have the recommended level for species such as spoonbills and other protected birds to set their nest. Zooplankton, seafood, molluscs, and fish can´t not be found in enough quantities for fisherman in the area to make a living or to feed their families.

On 4th February 2016 SALARTE came to a standstill in La Covacha and since then there have been a few episodes of vandalism. Despite it all, we have not lost hope in recovering La Covacha and even though we don´t feel pressured to do so, we consider important to finish what we started and to recover the island. We continue to work with multinational businesses and public administrations to find funds that will allow us to retake the project.