Since February 2016, which finalised Salarte’s period of management of Isla la Covacha, the members of this NGO [non governmental organisation] have not ceased to look for alliances for the reconstruction of the sluice gates and boundary walls damaged in the winter of 2015 and to look after the observatory (hide), tool shed, jetty and other items constructed by Salarte. This has been voluntary work in line with Salarte’s commitment to the salt pans and the Bay of Cádiz, even though this ancient salt pan belongs to the Junta de Andalucia, whose obligation and duty it actually is to maintain and care for it.

In August Salarte planned a technical project to repair Covacha which was presented to the relevant public organisations. In October they received authorisations from Puerta Real’s town hall, Parque Natural de Cádiz and the department of the Medio Ambiente of the Junta de Andalucia to proceed.

The Andalucia Bird Society are proud to have officially adopted the ‘Covacha’ as its conservation project. It is an exciting project and here Juan Martín Bermúdez explains in depth the work that has progressed and been achieved since the last report. We are actively involved in supporting the work of reclamation and raising funds to assist with sea defences and more.

In November AIRBUS allocated 10.000 euros for repairs to the sluices and boundary walls, 5000 euros of which Salarte allocated to purchase the necessary materials for the job. Whilst waiting for the AIRBUS funds, Salarte continued work on the recuperation of another important salt pan, the Salina El Consulado, abandoned 40 years ago. This is also in the Zona de Reservacion of the Paraje Natural, Isla del Trocadero, where 3 osprey nesting platforms have already been installed. 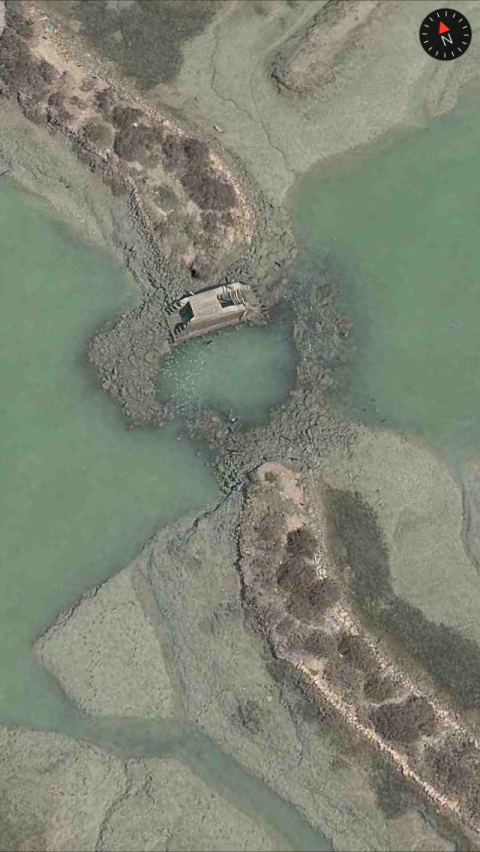 Salarte remains conscious of the high environmental, historic and cultural values present in the Salina de Consulado, whose grave deterioration and abandonment represents an enormous potential for revitalisation. Salarte approached the landowner (CUPIMAR S.A.) for permission to manage and restore the sustainable resources of this area, thus conserving its natural and historic heritage. Both parties agreed (without funds) on 1st February 2016 to halt the deterioration, repair the sluices and boundary walls and enhance its biodiversity.

Having not received any public funds since 2012, Salarte signed a collaborative agreement with the Cádiz government, which included 14,000 euros for Salarte to take custody of other coastal areas of the Cádiz province. Among the numerous actions was permission to invest 6000 euros on the reconstruction of a part of the Salina el Consulado (Isla Trocadero). The most relevant and complicated task facing Salarte is the reconstruction of the sluice gates and boundary walls of the old Salina el Cosulado. This has deteriorated day by day since the salt harvesting activity was abandoned on the Isla Trocadero, the consequence has seen the progressive destruction of its material heritage (houses, machine rooms, jetties, protection walls, tanks, watch towers and historical remains) also fauna and flora and historical remains not yet identified.

The task of reconstruction is a challenge of enormous magnitude when compared to the limited budget of construction and therefore precludes the use of heavy machinery which would facilitate the work. The repairs have to be undertaken by manual labour as was done in the Roman era, the Middle Ages and up to the mid 20th century. This has necessitated contacting professionals with the knowledge of working in such a hostile environment as the salt marshes, with its 4 daily tides and inclement weather. Only experienced workman would be able to take on such an enormous task knowing the limited economic resources and other difficulties.

On October 18th Salarte contacted 5 local professionals and put at their disposal 2 motor boats, construction materials, relevant protection and the required insurance policies for accident and civil liability. Two wood trucks needed for working in the salt pans have been acquired as well as security clothing gloves, boots, waders etc. 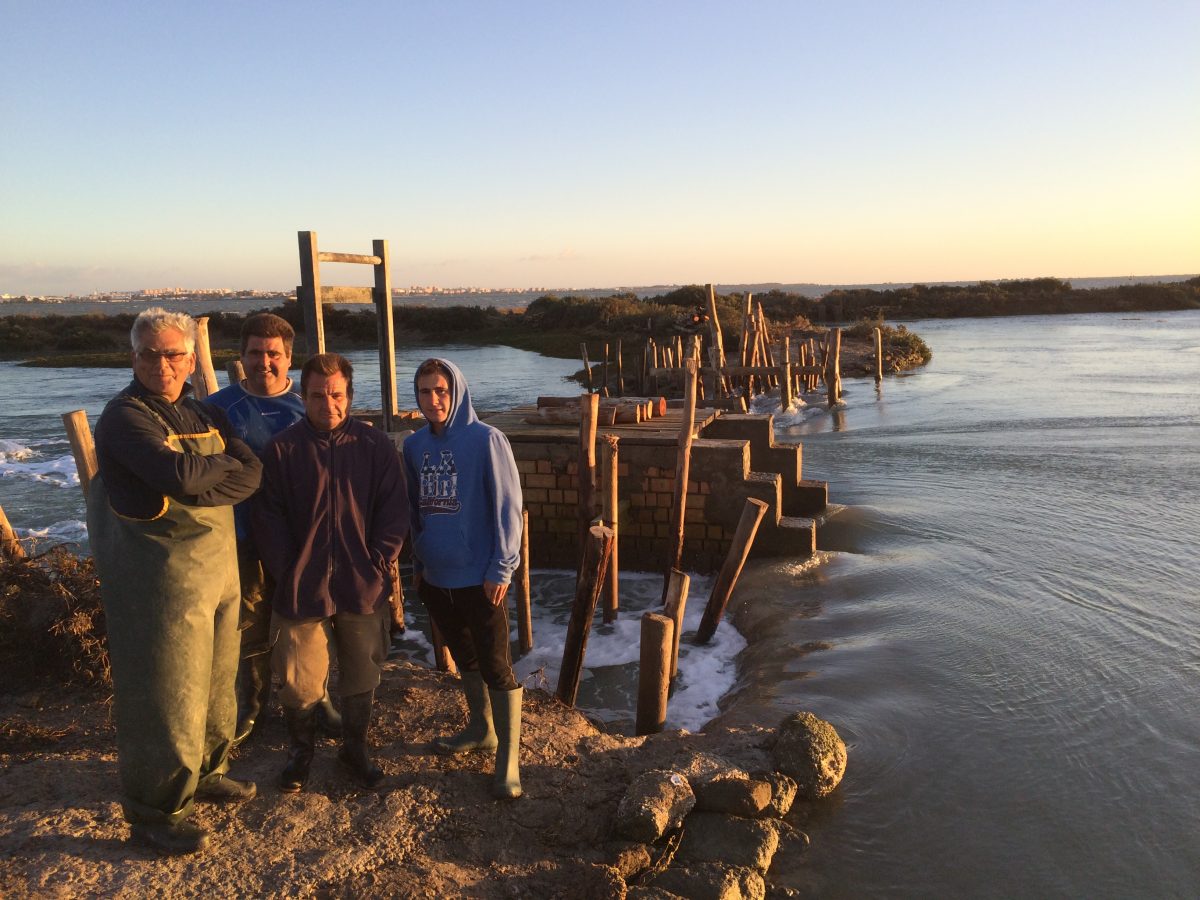 As of now, mid-December, Salarte continues to reconstruct the boundary walls using the 5 workers who are contracted until 31st December 2016. To date Salarte has invested 11,000 euros on wages and social security payments, an amount much higher than allocated by the Deputation of Cádiz. The agreement by which the Deputation of Cádiz promised to contribute 14,000 euros has been concluded with great success by Salarte, with all the actions included in said agreement achieved:

However Salarte, so far, has not received even 1 euro from the grant and have had to pay all of the costs from their own funds, including the 1000 euros donated by the ABS. This has been used to pay the wages of the 5 workers who are working day and night to repair this fundamental bird habitat. The results of this could not have been more successful. The direction, co-ordination and daily work has ensured that the huge break in the boundary walls and the levante sluice gates, unrepaired for 40 years, are practically now reinstated and stabilised. The final result will ensure protection for invertebrates, molluscs, fish and birds for the foreseeable future.